Toyota’s 2011 Toyota Sienna’s Swagger Wagon video has over 7 million views on YouTube, so the Japanese automaker decided to pay a tribute to the creative hip-hop viral campaign by debuting an extended version of the Sienna with help from B.A.D. Company. The concept is currently on display at the 2010 SEMA Show.

Click here for more news on the Toyota Sienna.

The Swagger Wagon Supreme started life as a 2011 Toyota Sienna SE V6  and was extended by nearly 4 feet. The interior was taken from the Sienna XLE and gets other additions like two swiveling captain”s chairs in the passenger area, a “Spa Seat” equipped with a multi-function/programmable massage unit, 23-inch HP TouchSmart computer, Xbox gaming system with DVD player, Glass-front refrigerator and much much more.

If we ever wanted a minivan (and believe us we don’t) we’d definitely have to pick the Swagger Wagon Supreme.

Capitalizing on the success of the all-new 2011 Sienna SE and the popularity of the YouTube Swagger Wagon video that has attracted over seven million views, Toyota wanted to further re-examine the role of the minivan and push even harder against the traditional boundaries of the minivan identity. So, together with B.A.D. Company, Toyota has created the Sienna Swagger Wagon Supreme for the 2010 SEMA Show. Even Sienna”s online community of fans was engaged in providing suggestions and making decisions for this special build.

The creation of the Swagger Wagon Supreme began with a 2011 Toyota Sienna SE V6 with interior attributes from a Sienna XLE. This special van was stretched and modified to create a functional family vehicle that firmly dismisses the notion that to drive a minivan is to sacrifice personal style in favor of family functionality. The Sienna Swagger Wagon Supreme dutifully demonstrates the meaning of the 2011 Sienna slogan, “always for kids, now for parents too.”

B.A.D. Company started the project by stretching the Sienna by nearly four feet (44 inches) and expanding the wheelbase to lengthen the interior cabin space and add more “swagger” on the outside. A custom acrylic roof replacement approximately eight feet long was installed to help bring in natural light and create a warm and stylish environment. An airbag suspension system was installed allowing ground clearance to range from 2.5 to 6.5 inches, maximizing curb appeal and providing appropriate ground clearance for day-to-day driving. The sporty SE theme was amplified with the installation of 20-inch chrome wheels designed by KMC around Nitto 255/40R20 tires in the rear and 245/45R20 tires in the front. Final exterior applications include a custom fabricated rear spoiler, shaved door handles on the automatic sliding doors, custom chrome exhaust tips, and a multiple-step exterior paint process employed by using a custom Blue Swagger Opal color applied over a pearlescent base.

The interior of the Sienna Swagger Wagon Supreme was designed to provide functional versatility with two distinct environments: the quintessential experience for parents out for a fun evening or event without the kids; and all the utility of a traditional van with functional and aesthetic features for the entire family.

Among the modifications are functioning power windows on the stretched section of the vehicle allowing easy access to accessories in the passenger area. The custom seats feature reversible cushions for multiple tastes. On one side the cushions feature single-color leather for an upscale, adult look. Flip the cushion and you will find bright upholstered colors that appeal to the kids. The passenger area includes two swiveling captain”s chairs. One captain”s chair is also a “Spa Seat” equipped with a multi-function, programmable massage unit. A hideaway table can be folded out in between the captain”s chairs sitting area.

Complementing the seating area is custom cabinetry for added storage finished in cherry veneer with an integrated glass-front refrigerator and DuPont Corian countertop that can have multiple uses such as food and drink prep, a kid”s activity area, a mobile office, etc. The floor was lowered, leveled and finished in Brazilian cherry hardwood to provide a cozy environment for the family as well as for mom and dad.

Entertainment is in abundance inside and out. In addition to the many technological features found in the stock Sienna, the Swagger Wagon adds a 23-inch HP TouchSmart computer featuring multi-touch support in Windows 7, mounted on a custom bracket to allow for multiple viewing positions both inside and outside the vehicle; an Xbox 360 gaming system with DVD player; and a custom JBL audio system specifically designed and tuned by JBL sound engineers to provide a home theater atmosphere. The JBL system consists of the Toyota Original Equipment head unit through a JBL MS8 signal processor. It has 10 JBL GTO 428 speakers (eight in the main cabin and two more in the rear hatch), two JBL GTO 804 sub-woofers, and four amplifiers with 1700 watts of power.

In addition to the many aftermarket suppliers that contributed to the creation of the Sienna Swagger Wagon Supreme, Toyota also recruited Sienna fans via Facebook to help with the project. Since the start of the build, the Facebook community has been asked to provide input, allowing them to vote on various items for the project. For example, the name “Swagger Wagon Supreme” was chosen by the Facebook community as well as the wheel design for the vehicle, and is currently voting on a name for the custom Blue color. Toyota will continue to provide frequent Facebook updates about the Swagger Wagon Supreme throughout the SEMA Show.

After SEMA, the Sienna Swagger Wagon Supreme can also be seen at upcoming major auto shows including Los Angeles, Detroit and Chicago. 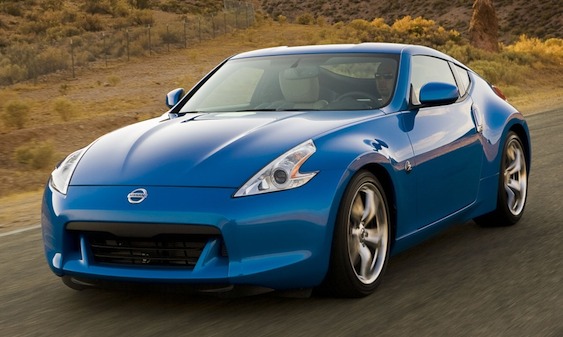