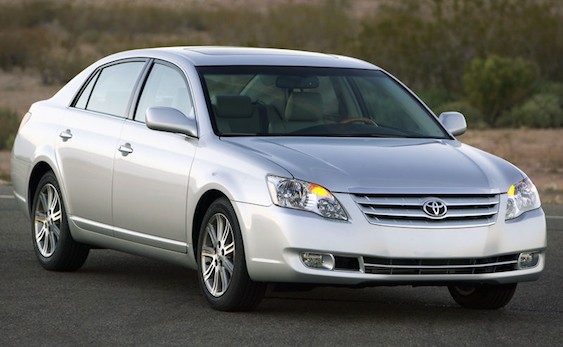 It’s been a while since we’ve head about any crazy Toyota recalls, but just as when things seemed to be getting better for the Japanese automaker, it announced a recall of 1.53 million Lexus, Avalon and other models, mostly in the U.S. and Japan, for brake fluid and fuel pump problems.

In the United States, Toyota is conducting a voluntary safety recall of 740,000 vehicles including – 2005 through 2006 Avalon, 2004 through 2006 Highlander (non Hybrid) and Lexus RX330, and 2006 Lexus GS300, IS250, and IS350 vehicles sold in the United States to address the possibility that a small amount of the brake fluid could slowly leak from the brake master cylinder, resulting in illumination of the brake warning lamp.

Here is a complete breakdown of the issue by Toyota:

Toyota will start notifying owners in early Nov. 2010. To fix the issue Toyota and Lexus dealers will replace the brake master cylinder cup with a newly designed one at no charge to the vehicle owners. Owners can visit www.toyota.com/recall or www.lexus.com/recall or call Toyota Customer Experience Center at 1-800-331-4331 or Lexus Customer Satisfaction at 1-800-25 LEXUS or 1-800-255-3987.