What you’re looking at here is the most luxurious Ram Truck ever produced by Chrysler Group LLC. Known as the Ram Laramie Longhorn edition, the special-edition models features exclusive interior and exterior features, new colors and new levels of refinement for buyers who want a luxurious work truck.

The Ram Laramie Longhorn will be available on the 1500, 2500 HD and the 3500 single and dual rear wheel, Crew Cab and Mega Cab trim-levels. It will also be available in 4WD and 2WD drive and short- and long-wheelbase models. The Laramie Longhorn will also join the other Ram trim levels, including ST, SLT, Outdoorsman, Sport (1500 only) Laramie and Power Wagon (2500 only).

Sales of the Ram Laramie Longhorn will start in the first quarter of 2011 with prices to be announced closer to launch.

Chrysler Group LLC today unveiled the most luxurious Ram Truck ever produced by the company. Named the Ram Laramie Longhorn edition, the Ram lineup’s most well-appointed model is designed for the owner who needs a truck for work or play, but won’t settle for anything but the finest quality and refinement.

Inside and out, Laramie Longhorn is loaded with remarkable features.

Ram Truck officials unveiled the Laramie Longhorn in the heart of Truck Country: the State Fair of Texas.

“We took Ram Laramie Longhorn’s design cues from traditionally handcrafted, time-tested wares, such as the antique pocket watch, a fine pair of hand-tooled leather cowboy boots, a collector’s-grade shotgun or a horseman’s saddle,” said Ryan Nagode, Design Program Lead. “The metal work and leather work are second to none.”

Seat fronts for both themes include a stitched-on leather Laramie Longhorn badge, either branded (russet) or laser-etched (bark brown).

Ram Laramie Longhorn edition owners will be greeted by the highest-quality materials every time they climb behind the wheel.

The two main gauge rings feature a hand-crafted look with a coined inner edge and filigrees engraved on the top surface. Set inside those rings, the lower edges of the gauge cluster dials are detailed with small filigrees that are softly backlit at night.

The Ram Laramie Longhorn edition’s dash features a center stack trimmed in burled walnut wood graining. The wood grain is stained in one of two complementary shades, matched to either the russet or bark brown interior theme. Chrysler designers borrowed from high-end furniture-grade and gun stock designs in their choice of wood grain.

On the passenger side, the upper glove box door ““ there are two ““ becomes a focal point with the addition of a full-length, filigree-engraved aluminum band and Laramie Longhorn edition badge.

Beneath the instrument panel is soft, new footwell lighting, providing both a functional and aesthetic interior enhancement.

The pewter-colored highlights from the center stack flow rearward, continuing along the outer edges of the center console. A chrome ring outlines the console’s center bin and cupholders.

Laramie Longhorn’s luxurious carpet is protected by specially designed all-weather rubber mats with polished metal Ram Laramie Longhorn edition Badge and removable carpet inserts. The mats themselves incorporate the filigree designs from the dash and seats, while the snap-in inserts are a high-end, color-flecked Berber-style weave that luxuriously blends the two interior colors.

“Ram Truck owners and dealers tell us they love everything about the new Ram 1500, 2500 and 3500,” added Diaz. “With so many great features, we weren’t surprised to see our most well-equipped model ““ Ram Laramie ““ making up 25 percent of our sales. There’s a healthy market for luxury pickup trucks and Ram Laramie Longhorn edition hits the mark.”

Laramie Longhorn will join the other Ram trim levels, which include: ST, SLT, Outdoorsman, Sport (1500 only) Laramie and Power Wagon (2500 only). 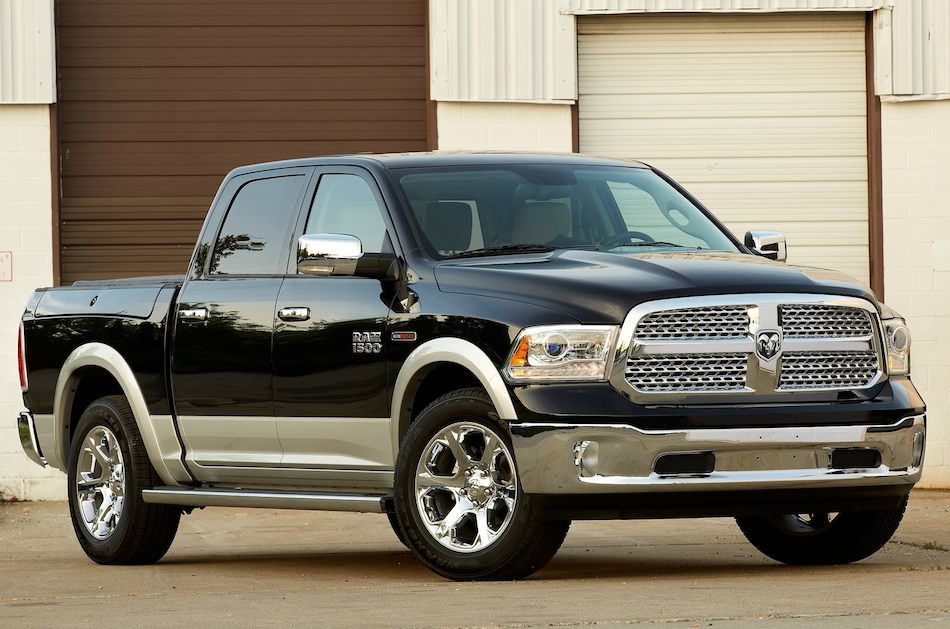