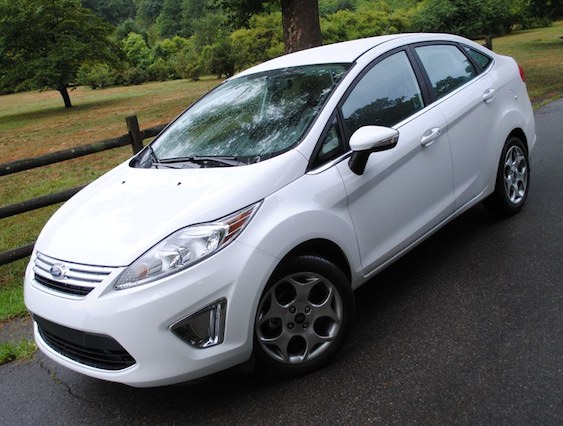 We recently reviewed the 2011 Ford Fiesta SE hatchback, and were very impressed by FoMoCo”s new subcompact. Usually, it is the Europeans who get to have all the fun with different variants of models we wish we had on the stateside. But this time, Ford decided to offer the 2011 Ford Fiesta in two variations in the North American market; a sedan and a hatchback.

We were recently able to get our hands on a 2011 Ford Fiesta SEL sedan. Without regard to hatchback/sedan variants, the SEL trim level offered a considerable amount of bells and whistles, which were lacking on the SE. One such feature was the 6-speed PowerShift automatic transmission. There were also other tech features that we enjoyed, such as push-button start.

Given all these differences, is the SEL sedan worth the premium in price over the SE hatchback? Read on to find out.

Click here to read our original 2011 Ford Fiesta Review for our full take on the Fiesta.

Lifestyle, taste, and outright preference are going to be the main determinants as to whether one purchases a hatchback or sedan. Whatever the case, we have to give our accolades to the sedan; it is quite the looker with its nicely sculpted boot featuring restyled tail-lamps, which make the car look a bit more elegant and refined than the hatchback model.

As far as specifications are concerned, the only technical difference between the hatchback and sedan is the overall vehicle length; 160.1 inches and 173.6 inches, respectively.

What does the SEL (known as the SES trim on the hatch) trim level give the Fiesta”s exterior? Some features offered by the SEL that are absent on the SE include LED driving fog lamps with chrome bezel surrounds, power heated side-view mirrors with turn-signal indicators, and 16-inch premium painted wheels. All of these features combine to make the SEL”s exterior considerably more attractive than that of the SE, but cost the buyer some extra cash.

The interior is essentially the same as that of the hatchback. Surprisingly enough, there is no difference in legroom between the variants. Ford says that both models have rear legroom of 31.2 inches, rear shoulder room of 49 inches, and rear hip room of 49.2 inches.

The space advantage between the two models lies primarily with the hatchback, which provides for 15.4 cu.ft., compared to the 12.8 cu.ft. provided by the sedan. When invoking full use of the 60/40 split rear seats in the hatchback, cargo space expands greatly to 26 cu.ft.

The SEL (SES) Package that was on our sedan test model adds a full SYNC In-Car Connectivity system with turn-by-turn navigation, Bluetooth, MP3 Connectivity. The push-button start feature is the only tech feature that really stood out from the SE and SEL models we tested, and it certainly adds another layer of convenience.

Click here to learn more about the SYNC In-Car Connectivity from our friends at PocketBerry.com.

The sedan we tested came with the same 1.6L inline 4-cylinder engine putting out 120-hp and 112 lb.-ft. of torque, as it is the only engine currently offered for the Fiesta lineup. The difference in performance however, was a product of differing transmission pairings. The sedan came mated to Ford”s 6-speed PowerShift automatic, which is optionally available for all Fiesta consumers for an additional $1,070.

Despite our general preference for manual transmissions, we found the PowerShift much more preferable as it provided confidence while driving such a small car. The transmission also provided for a bit more zip than the manual. For those buying the Fiesta because they are concerned with how much they”ll pay at the jump, the 6-speed PowerShift also improves fuel-economy over the 5-speed manual. Mated to the manual one can expect an EPA estimated fuel-economy of 29/38 mpg (city/highway). The 6-speed PowerShift automatic returns an EPA estimated best-in-class 30/40 mpg.

As far as the hatchback/sedan question goes, we really can”t recommend one way or the other. We can however, recommend the 6-speed PowerShift over the 5-speed manual, and we do thanks to the extra stability, confidence, and the fuel-economy it offers. We also recommend opting for the push-button start if the extra cash is of no import to you.

December 23, 2010 Omar Rana Comments Off on Ford Custom Graphics will offer more than 200 tattoos for 2012 Focus 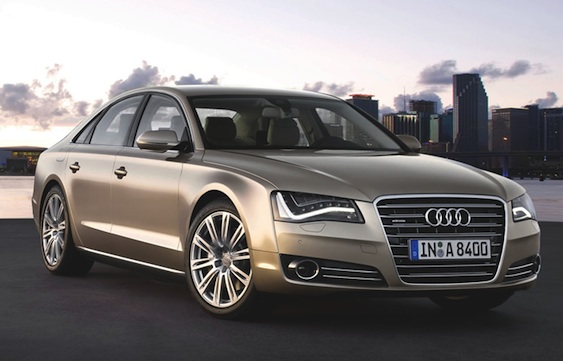