In a similar move (actually the exact same move) as FoMoCo, General Motors announced today that first 4,400 buyers of the 2011 Chevrolet Volt will be eligible for one of the free home charging stations. The program will provide the first Volt owners with a 240-volt charge station from either ECOtality, Inc. or Coulomb Technologies.

“Many owners will plug their Volt into a normal 120-volt electrical outlet, charge overnight and drive to work in the morning using only battery power,” said Tony DiSalle, Product and Marketing Director for the Chevrolet Volt. “For Volt owners who want to install a faster 240-volt charge station, we expect the Department of Energy project to save $1,000 and $2,000.”

The free in-home charging stations are made possible with a grant of American Recovery and Reinvestment Act funds from the Transportation Electrification Initiative administered by the U.S. Department of Energy. To encourage U.S. citizens to buy electric-vehicles, federal grants and other funds were awarded to install more than 15,000 home charge stations. That total includes 4,400 home charge stations for Volt owners; 2,600 of those will come from The EV Project from ECOtality, and 1,800 as part of the ChargePoint America project from Coulomb Technologies. 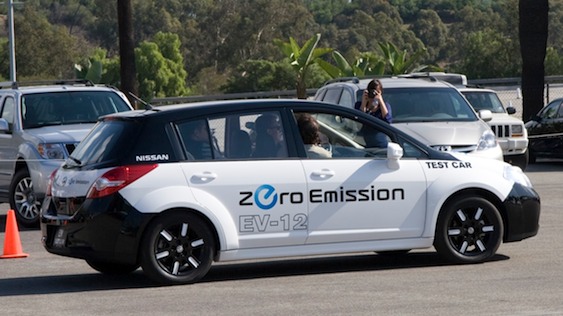