The Ford SYNC system just keeps getting better and better as the days go by. Recently, Ford announced that it has enhanced its SYNC 911 Assist application, which can now provide operators with the ability to receive a vehicle”s exact GPS coordinates. Today, Ford announced that it is adding Google Maps to its ‘Send to SYNC’ feature, allowing drivers to send directions from Google Maps straight to their FoMoCo vehicles with SYNC.

“Our cloud-based service network is helping deliver constant improvement for our customers, and has become a key reason why Ford leads the industry with SYNC,” said Doug VanDagens, director of Ford Connected Services Solutions Organization. “We”re proud to be working with Google to bring this new capability to SYNC.”

Send to SYNC will launch later this month and will be available for 2010-2011 models equipped with SYNC TDI. No hardware, software updates or money is required.

* Drivers download destination information into the vehicle via their Bluetooth-enabled mobile phones; the information will be processed into audible turn-by-turn directions, eliminating the need to bring printed maps into the car and helping drivers keep their hands on the wheel and eyes on the road

* “˜Send to SYNC” launches later this month and will be available for existing 2010-11 models equipped with SYNC TDI; no extra hardware, software updates or costs are required

DEARBORN, Mich., June 8, 2010 ““ Drivers who enjoy the convenience of Ford SYNC® with Traffic, Directions & Information (TDI) soon will be able to select a destination on Google Maps and send it to their Ford, Lincoln or Mercury vehicles.

“˜Send to SYNC” is a new capability added to the Ford Service Delivery Network, the company”s cloud-based architecture, which provides a suite of voice-activated services accessible through a customer”s mobile phone.

“Printing paper directions from a website is a relic in our digital age,” said Doug VanDagens, director of Ford Connected Services Solutions Organization. “With Send to SYNC, you can map a destination at home, at work ““ wherever you have connectivity ““ and when you get to your car, it already knows where you want to go. It”s convenient and it eliminates the waste and distraction of paper maps, conserving resources while helping drivers keep their eyes on the road.”

The SYNC TDI application leverages a customer”s mobile phone voice plan and the vehicle”s integrated GPS receiver to deliver location-based services, such as driving directions or business searches, and on-demand information such as horoscopes, news, movie listings and stock quotes. Since these services, including the new Send to SYNC functionality, are cloud-based, no vehicle updates are required and they will be available to all owners who have registered for TDI services through www.syncmyride.com.

When users visit Google Maps on the web to find locations, they will have the option to send a selected destination to their Ford, Lincoln or Mercury vehicle via a “send” menu on the site. Once in the vehicle, the driver connects to SYNC TDI using the “Services” voice command, and when prompted, confirms the request to download the Google Maps destination into the vehicle.

The optimal route is calculated in the cloud using the latest traffic information, downloaded to the vehicle and navigation guidance begins. If the vehicle is equipped with a map-based navigation system, the destination point is downloaded directly to that system, which then calculates the route based on the in-vehicle navigation preferences set by the driver.

The Google Maps “˜Send to SYNC” capability launches later this month. Ford is currently the only automaker offering this capability without requiring a paid subscription to a telematics service.

Ford previously announced the same feature for MapQuest (owned by AOL), which will launch later this year. 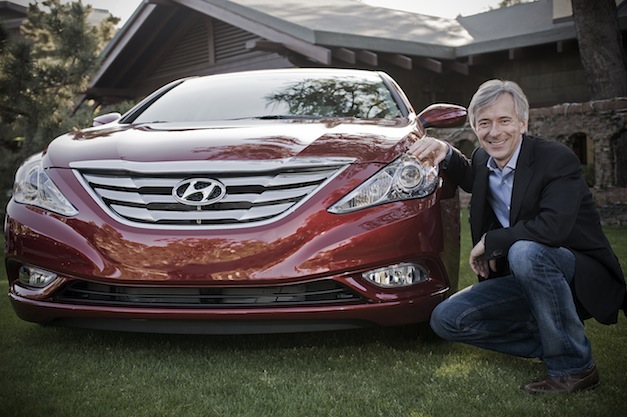