Audi today officially launched its “The Next Big Thing” series staring the Audi A1, Justin Timberlake and Dania Ramirez as they “plunge into a suspenseful, mysterious” and quite lame (according to us) story.

Timberlake will star in six internet episodes with the A1 that will be released each Tuesday from now until June 8 over at www.audi.com/a1.

Our take on the Next Big Thing series?

Check out the first episode after the jump and let us know what you think.

A big production: Justin Timberlake and the A1

* Six exciting internet episodes with Justin Timberlake and the Audi A1
* More than just a film: interactive elements open up new possibilities
* Each Tuesday from now until June 8 at www.audi.com/a1

It’s all about the A1, of course. And yet the new, compact Audi A1 stays in the background with elegant restraint. Little wonder, as Justin Timberlake and Dania Ramirez plunge into a suspenseful, mysterious story ““ through six episodes that can be viewed online. And on the Internet, the lines between reality and fiction are often blurred. Who is this John Frank, played by Justin Timberlake? What has he been involved in? The first clues can be found in episode one, starting today. The suspense rises each Tuesday with another episode, until June 8.

“The Next Big Thing”: Justin Timberlake is John Frank, a straight-laced IT specialist. He meets the mysterious Toni, played by Dania Ramirez. John can save her life. More is revealed in steps ““ that’s the idea. The tension builds until the finale ““ the final episode. There’s never a dull moment between episodes on the Internet, either. Interactive elements provide secrets, details and background about each episode: users get to know the characters, see the film from unusual perspectives, and flashbacks fill in the plot.

Swedish director Henrik Sundgren filmed for five days with up to eight cameras ““ in narrow city streets, a parking deck, in cafÃ©s and clubs. Some of the spectacular settings were exclusively for the interactive components. Also playing a part: more than 40 actors, about 100 staff members, the Swedish band Torpedo, and naturally, the A1. If you place all of the episodes end to end, 16 minutes of film were created ““ excluding the additional virtual scenes.

“The timing for the film was not chosen at random, as you will be able to order the A1 soon”, said Peter Schwarzenbauer, Audi Board Member for Marketing and Sales. “The film is action-packed and entertaining, perfectly suited to the young target group of our A1. At the same time the movie provides kind of a virtual test drive: it shows skillful handling, technical refinement and presents the self-assured design of the A1. Leading man Justin Timberlake became an Audi brand ambassador in 2010.”

All episodes will be shown at www.audi.com/a1. This is the only place the interactive elements can be accessed. The additional offerings open the door to a world behind the scenes of the movie ““ and to special chances to win, as numerous contests are also linked with the virtual components. The Heimat agency is responsible for the concept design and implementation of the episodes, and the Neue Digitale agency handled networking the film on the Internet. 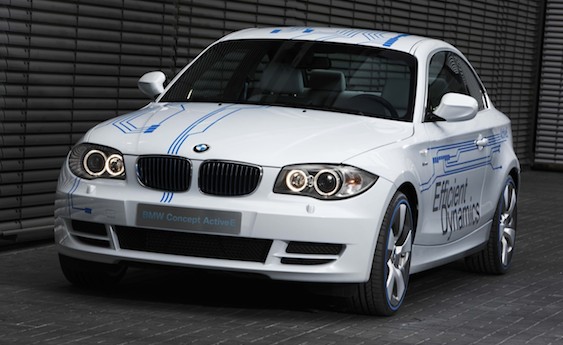