We actually learned something new today – there is an Atlanta Auto Show. Moving on, Kia today unveiled its new 2011 Sorento SX trim at the 2010 Atlanta Auto Show following the official grand opening of its first U.S.-based manufacturing facility in West Point, Georgia.

“Receiving critical and consumer acclaim, Sorento has surpassed all expectations in only its first two months on the market, leading both January and February sales and helping achieve record-breaking sales for Kia Motors America,” said Michael Sprague, vice president, marketing of KMA. “The addition of the 2011 Sorento to the Kia lineup has helped bring new and more affluent customers into our showrooms. And with the addition of the new SX trim we hope to expand Sorento’s appeal to even more consumers looking for a comfortable, sophisticated and well-equipped vehicle.”

The 2011 Kia Sorento SX comes standard with the Sorento’s most powerful engine – 276-hp 3.5L V6. Prices will be announced closer to launch.

ATLANTA, March 19, 2010 ““ Following the official grand opening ceremony of Kia’s first U.S.-based manufacturing facility in West Point, Georgia, Kia Motors America (KMA) today debuted the new 2011 Sorento SX crossover during a press conference at the 2010 Atlanta Auto Show. The all-new Sorento has exceeded expectations since going on sale in early January, and now the new SX brings the CUV to new levels of comfort, convenience, technology and design and will arrive in dealerships later this summer. The first vehicle to roll off the line at Kia Motors’ recently opened state-of-the-art manufacturing facility in West Point, Georgia, the 2011 Sorento is a true symbol of Kia Motors’ $1 billion commitment to both the state of Georgia, the United States and North America.

With a streamlined and attractive look, the 2011 Sorento represents a modern CUV that is just the right size for today’s consumer. With swept-back lines and angled windows, large flared-back headlamps and prominent fog lamps, the view from the front conveys strength and power. From the rear, the rounded back and tail lamps set prominently within the lift gate express the same forceful attitude and strength. Offering a more muscular stance, the SX receives revised front and rear fascias to exude additional authority while added chrome to the exhaust outlet, LED tail lamps and redesigned 18-inch alloy wheels with a hyper silver paint finish increase its luxurious exterior appeal.

Originally available in two trim levels, LX and EX, SX adds an enhanced dimension to Sorento with styling that adds an edgier attitude and comes standard with a host of luxury, convenience and technology features throughout. In addition to the smart key with push button start, leather-wrapped steering wheel and shift knob, telescopic steering wheel, heated side mirrors, automatic up/down driver-side windows and privacy glass found standard on all EX models, upgrading to the new SX trim will further spoil its occupants. Driver and passengers will benefit from leather-trimmed seats, heated front seats, electrochromatic mirror with Homelink® and a voice-activated navigation system with back-up camera.

Raising the level of refinement and sophistication further, the SX interior benefits from a unique metallic gauge cluster with a stitched meter housing, accent interior illumination and stainless steel pedals. Chrome-finished roof rails, a metallic accent along the greenhouse and front and rear stainless skid plates on the outside complete the look. A panoramic sunroof also is available to enhance the feeling of spaciousness and adds to Sorento’s modern appearance.

Without sacrificing the space, comfort and ride that the current Sorento already offers, Sorento SX will employ the same unibody design with the ability to comfortably fit up to seven passengers. An overall length of 183.9 inches and overall width of 74.2 inches with substantial headroom, legroom and cargo capacity effortlessly accommodates both passenger and cargo needs for all drivers. Sorento SX will, however, be nearly half of an inch lower to the ground for a subtly sportier appearance while the lower center of gravity allows improved handling and aerodynamics.

The SX comes mated to Sorento’s more powerful 3.5-liter V6 engine, providing best-in-class 276 horsepower and 248 pound-feet of torque, more powerful than the Ford Edge and Chevrolet Equinox V63. Coupled to a new six-speed automatic transmission, the V6 offers ample power and improved fuel efficiency. This all-new six-speed automatic transmission is a proprietary design for Kia Motors that was designed, engineered and built specifically for Kia vehicles, making the brand one of only three manufacturers to employ such a transmission.

To further meet consumer needs, the engine can be mated to either front- or all-wheel-drive configurations, the latter coming with a locking center differential to evenly distribute power to all wheels while operating the vehicle at low speeds during more severe weather conditions. Drivers also will benefit from a standard Anti-lock Braking System (ABS), Electronic Stability Control (ESC), Hill Start Assist (HAS) and Downhill Brake Control (DBC), offered on all Sorento trims.

Kia Motors is in the midst of a dramatic, design-led transformation, which has been delivering dynamically styled vehicles in several important segments at exactly the right time, contributing to the brand’s continued gains in U.S. market share. With two new vehicle introductions and several other key initiatives planned for 2010, Kia is poised to continue its momentum and will continue to build the brand through design innovation, quality, value, safety features and with new technology such as UVO powered by Microsoft®4 infotainment system (to be available in select Kia models in the U.S. beginning in summer 2010). The launch of the all-new 2011 Sorento CUV, the official vehicle of the NBA, further enhances the lineup and is now in dealerships. 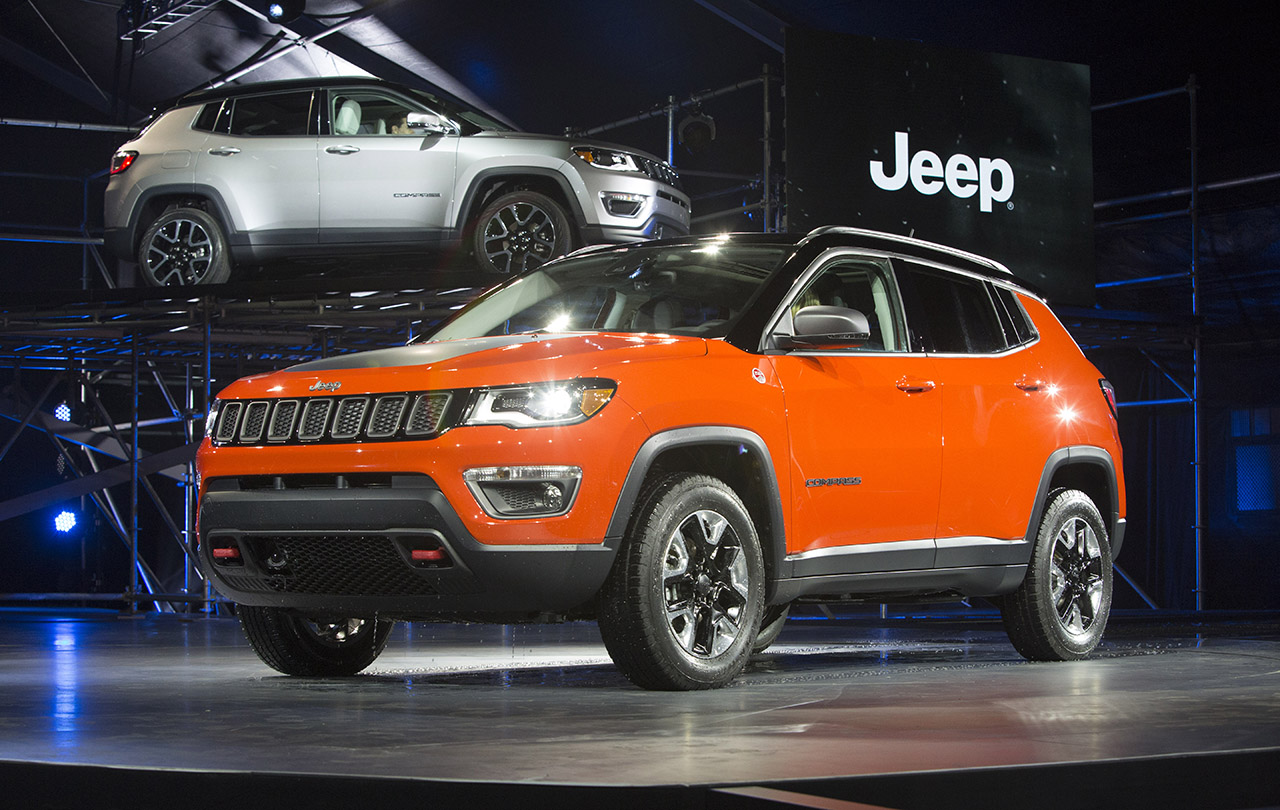 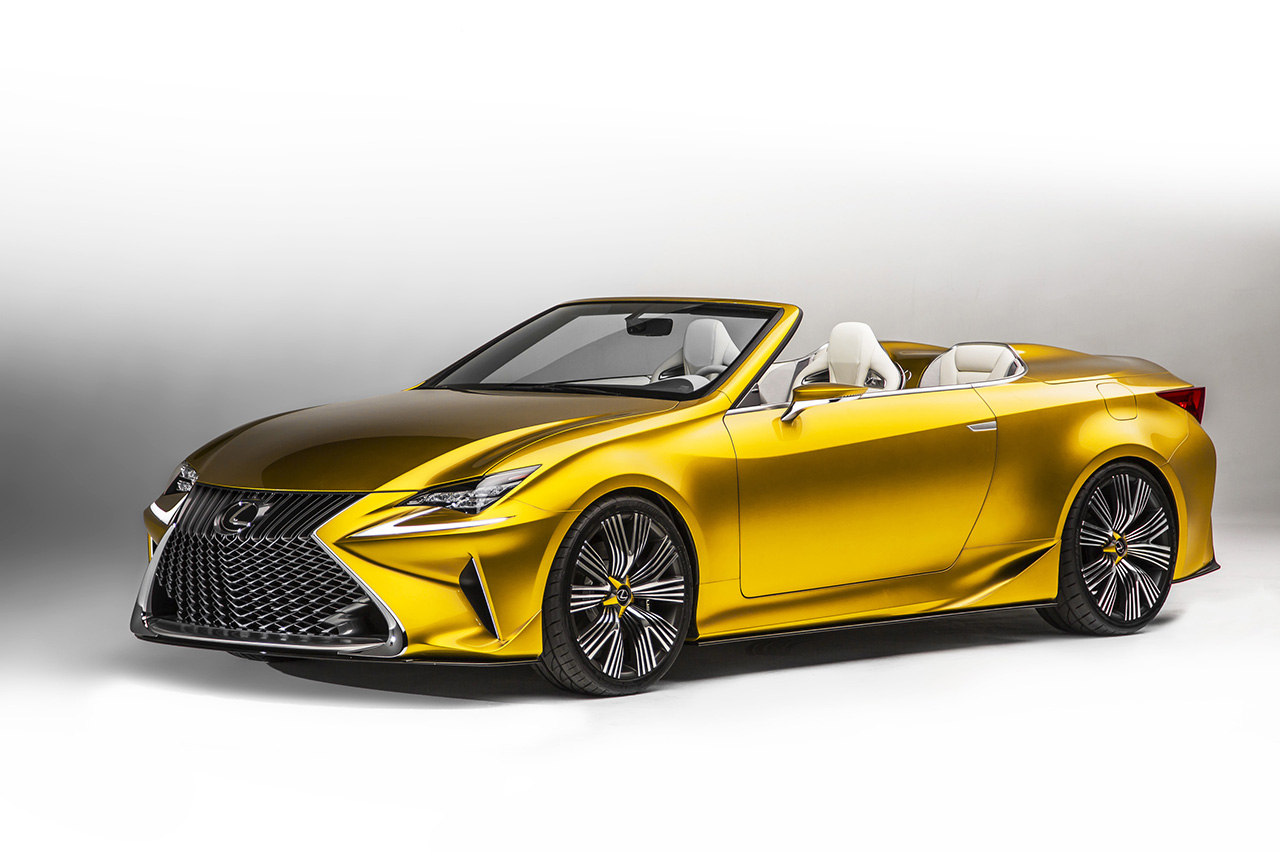 Report: The Lexus RC Convertible killed in favor of a new three-row crossover

November 25, 2014 Chris Chin Comments Off on Report: The Lexus RC Convertible killed in favor of a new three-row crossover