As reported Tuesday, Toyota engineers were on their way to examine the second runaway Prius in Harrison, N.Y. that crashed into a stone wall leaving the driver with minor injuries. After a day of working, six engineers shared their findings with Harrison Police.

Toyota spokesman Wade Hoyt said Tuesday that the engineers will turn over their findings to the police, but will not hold a press conference or share the results with the press. He said the police chief could do whatever he wanted with the results.

Well, after overseeing the investigation of the alleged runaway Prius, police chief of Harrison, Anthony Marraccini, reversed his position and said that “human error may have caused the vehicle to crash into a stone wall.”

On March 8, an unidentified 56-year-old housekeeper was pulling out of her boss’ driveway and said that her 2005 Prius accelerated uncontrollably and sent her into the wall.

Toyota downloaded all the data from the vehicle yesterday and said that a system in the Prius would have prevented such an incident.

“In all of our hybrids, when you step on the brake pedal the engine automatically returns to idle, even if the accelerator pedal would be nailed to the floor,” Hoyt said.

Mini Cooper Soho Special Edition is only for UK

August 1, 2011 Omar Rana Comments Off on Mini Cooper Soho Special Edition is only for UK 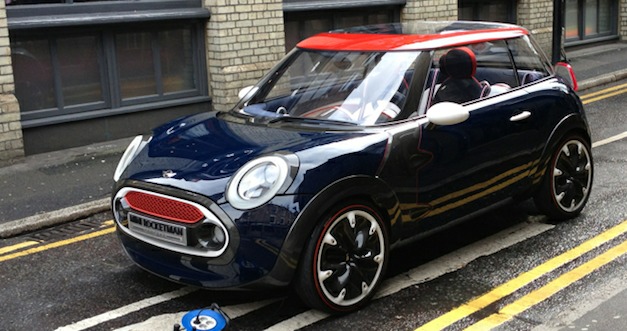 Report: Is Mini still working on a production version of the Rocketman Concept?

May 23, 2012 Omar Rana Comments Off on Report: Is Mini still working on a production version of the Rocketman Concept?