General Motors announced yesterday that it is testing a “production-intent” hydrogen fuel-cell system that can fit in the space of a 4-cylinder engine and be ready for commercial production by 2015. The Detroit automaker said that the system is half the size, 220 lbs lighter and uses about a third of the platinum of the system in the current Chevrolet Equinox Fuel Cell electric vehicles used in Project Driveway.

The intent is to package the new hydrogen fuel-cell system in more compact vehicles.

“Our learning from Project Driveway has been tremendous and these vehicles have been very important to our program,” Charles Freese, executive director of GM’s Global Fuel Cell Activities told reporters Tuesday at a news briefing on GM”s fuel cell progress. “The 30 months we committed to the demonstration are winding down, but we will keep upgrades of these vehicles running and will continue learning from them while we focus efforts on the production-intent program for 2015.

He said that some of the 119 fuel-cell electric-vehicles used in Project Driveway will receive hardware and software upgrades and will become part of a demo program with the U.S. Department of energy. Other will be driven by business, while a few ill be used to show that with proper fueling infrastructure, hydrogen fuel cells are a viable alternative to gasoline-powered vehicles.

GM said that the first long-term loan of the new-look Chevy fuel cell vehicle will be given to Stephanie White, a fuel cell advocate who was among the first Project Driveway participants and regularly blogs on her vision for a hydrogen economy in which zero-pollution fuel cells are a mainstream source of transportation.

It’s crazy what a little blogging will get you.

GM and Hawaii team up for hydrogen infrastructure pilot

May 11, 2010 Omar Rana Comments Off on GM and Hawaii team up for hydrogen infrastructure pilot 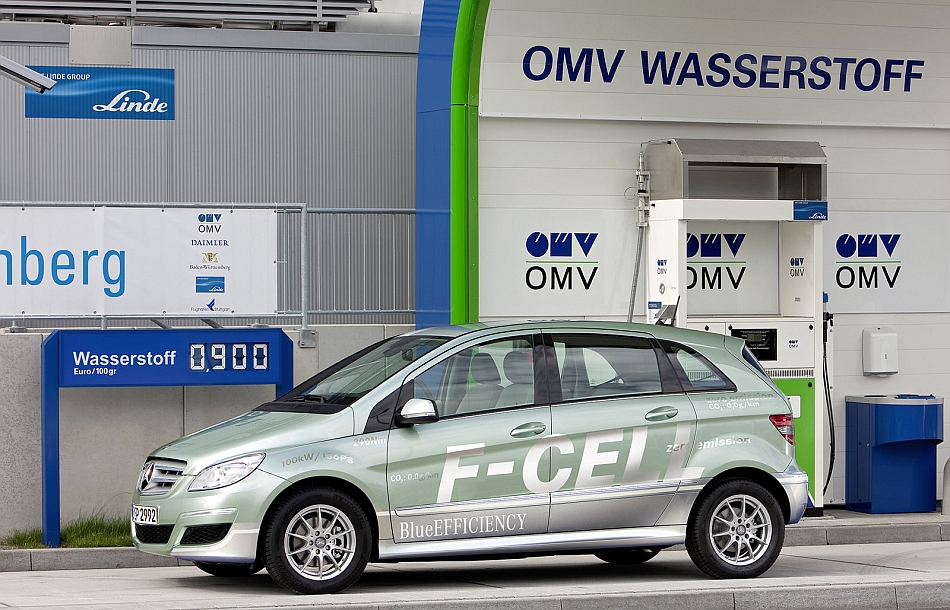 GM to make hydrogen-powered vehicles, fueling infrastructure a reality in Hawaii by 2015

December 8, 2010 Omar Rana Comments Off on GM to make hydrogen-powered vehicles, fueling infrastructure a reality in Hawaii by 2015