Citroen has really stepped up its concept game and has brought us some of the sexiest and unrealistic looking vehicles we’ve ever seen in the past two years. At this year’s 2010 Geneva Motor Show, Citroen showed the new SURVOLT Concept and a year before that Citroen took the show by storm with the GTbyCitroen concept (which will enter limited production). Continuing its streak of gorgeous concepts, Citroen has now teamed up with GQ magazine to create the new GQbyCitroen, a concept “car born through a unique partnership between the UK’s market-leading quality men’s monthly and a team of Citroen designers, collaborating to create the ultimate gentleman’s drive.”

The GQbyCitroen marks the first time that a British magazine has collaborated with a car company in this way.

“For me, the car that has always represented the pinnacle of automotive excellence and refinement is the GT ““ the Grand Tourer. It is not the all-out sports car, rather it is something gentlemanly, it has performance and it is for travelling, not racing, said Mark Lloyd, Chief Designer of CitroÃ«n’s International Projects. “We wanted to create something that, like GQ, was aspirational, but also retained the classic automotive ideals. We didn’t want a car for the mass market. We wanted a car for GQ.”

The GQbyCitroen is powered by a 1.6L, 4-cylinder direct-injection gasoline engine mated to a plug-in hybrid system. The system propels the car from 0-60 mph in just 4.5 seconds with a top speed of 155 mph. 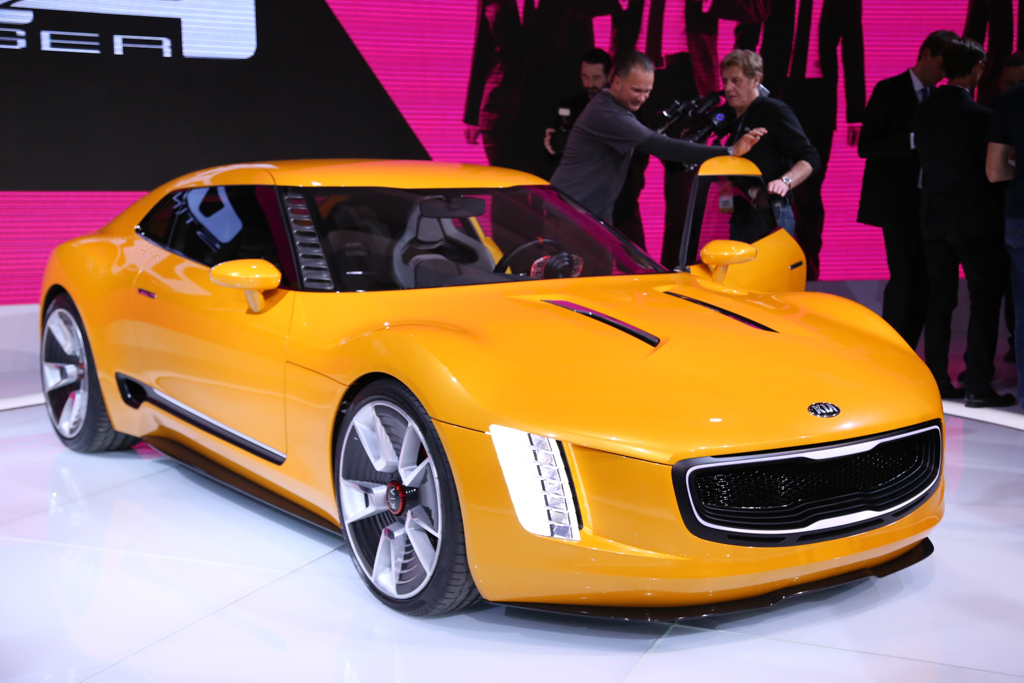 Report: The Kia GT4 Stinger could see production according to the designer

January 17, 2014 Chris Chin Comments Off on Report: The Kia GT4 Stinger could see production according to the designer