Koenigsegg is ready to celebrate 15 years of producing supercars with the launch of the new Koenigsegg Agera – a new supercar aimed to take the company’s performance to the next level.

But after looking at the picture above, you’re probably thinking that the Agera looks like every other Koenigsegg – well, that’s because that’s what the company is aiming for. Koenigsegg says that its design of the concept CC, created 15 years ago, is still fresh and competitive today so the Agera will stay true to the original philosophy, shape and size of the CC. However it will perform, handle and feel like something totally new.

Power for the Koenigsegg Agera comes from the same 4.7L V8 as the CCX, however its been twin-turbocharged to produce a total of 910-hp with a maximum torque of 737 lb-ft. That will allow it to go from 0-62 mph in 3.1 seconds with a top speed of more than 240 mph.

Koenigsegg will produce the Agera right next to its CCX and CCXR at its facility outside of Ã„ngelholm, Sweden. 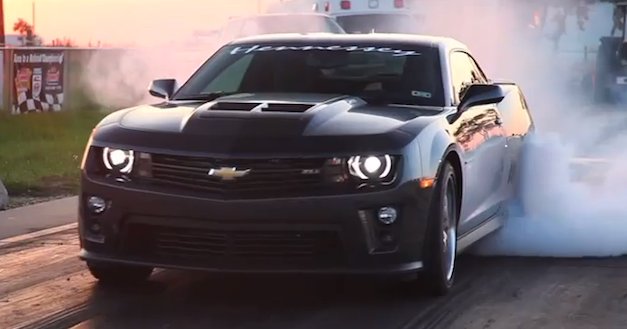 Video: Drive’s TUNED takes us for a ride in the 700-hp Hennessey Camaro ZL1

August 13, 2012 Omar Rana Comments Off on Video: Drive’s TUNED takes us for a ride in the 700-hp Hennessey Camaro ZL1