Here is the 2011 Hyundai Azera and while it doesn’t look as revolutionary as the new 2011 Sonata, it does receive some critical upgrades including a number of powertrain upgrades, an advanced 6-speed automatic transmission and some exterior restyling.

The most obvious upgrades to the 2011 Hyundai Azera exterior include headlights, tail lights, a new bumper fascia, touches to the trunk lid and grille and alloy wheels. The interior gets some refinements too including aluminum graining on the center console, an “Eco Indicator” and an EZ Lange Change Assist (the one touch triple turn signal feature).

Pricing and launch details will be announced shortly.

The 2011 Hyundai Azera adds power and efficiency to a model known for its luxurious appointments. The updated large sedan now includes an advanced six-speed automatic transmission and other powertrain refinements raising the bar on fuel economy in its class, while still gaining horsepower. The 2011 Azera will be available at Hyundai dealerships in spring 2010.

All of these upgrades help illustrate why more and more customers are discovering how well Azera stacks up against the competition. Overall, the 2011 Azera is a strong competitor to vehicles like the Lexus ES350, Toyota Avalon, Nissan Maxima, Buick LaCrosse and Ford Taurus. Spacious and luxurious, the Azera features more interior volume than expensive luxury sedans such as the Mercedes Benz E-Class, BMW 750i and Lexus LS 460. Both Azera powertrains still offer more standard horsepower than the BMW 528i demonstrating that Azera is one of the smartest premium large-sedan choices available in the American market today.

The Azera GLS is equipped with an enhanced 3.3-liter, DOHC V6 engine that now produces an estimated 260 horsepower at 6,200 rpm and 233 lbs.-ft. at 4,500 rpm of torque. The performance gains were achieved by incorporating Dual Continuously Variable Valve Timing (DCVVT) that improves engine breathing on the intake and exhaust camshafts for better fuel economy and lower emissions. Depending on engine load and speed, DCVVT can extend or shorten the duration of the valve opening and closing for more power. Previously, the 2010 Azera only had CVVT on the intake camshaft. Now, the Azera GLS features a specially tuned intake manifold surge tank to take advantage of the new DCVVT configuration. A member of Hyundai’s “Lambda” engine family, this new engine also has all-aluminum construction and four valves per cylinder. It also features a Variable Intake System (VIS) that further broadens its power curve to improve the vehicle’s off-the-line acceleration and passing performance. Fuel economy estimates for the Azera GLS are 20 mpg city / 28 mpg highway.

The Azera Limited delivers powerful performance due to its revised clean and efficient all-aluminum 3.8-liter, DOHC V6 engine, which delivers an estimated 283 horsepower at 6,000 rpm and 263 lbs.-ft. of torque at 4,500 rpm. To maximize the power spread, this engine also uses DCVVT and a Variable Intake System (VIS) to help cylinders breathe efficiently at both low and high rpms. Estimated mileage figures for the Azera Limited are 19 mpg city / 27 mpg highway.

To help Azera drivers get the most out of their vehicles, Hyundai has added a fuel economy indicator in the 2011 model. The “Eco Indicator” displays a green light to indicate when driving habits are contributing to good fuel economy.

Hyundai’s all-new six-speed automatic transaxle helps the company meet its goals of improving fuel efficiency and reducing emissions. Shifts are silky-smooth with an option of manual control through the SHIFTRONIC feature.

Drivers can access the SHIFTRONIC feature by moving the gear selector into a separate gate. Pushing the selector forward or pulling it rearward will shift the transmission up or down sequentially, adding to driver control. A clear LCD readout on the instrument panel shows the gear being used.

Designed for transverse engine applications in passenger cars and CUVs, the new compact transmission puts Hyundai into an elite class of only three auto manufacturers who have designed their own proprietary six-speed automatic transmissions. The strength of the design is its unique layout which makes it smaller, more compact and lighter than any other six-speed transmission on the market today.

The gearbox has no dipstick because it is filled with automatic transmission fluid designed to last for the life of the vehicle under normal usage conditions, thereby reducing maintenance costs.

Developed over a four-year period, this new six-speed automatic is 26.4 pounds lighter than the five-speed it replaces. It also is 1.6 inches shorter and considerably simpler, having 62 fewer parts, which is a key to increased durability, lighter weight and lower cost.

When it comes to transmissions, more gears are definitely better. The addition of a sixth gear enables closer spacing between gear ratios providing a better balance of performance and fuel economy while the wide overall gear ratio helps deliver strong, smooth acceleration.

Another example of engineering ingenuity is found in the design of the hydraulic pressure control unit. Slight manufacturing deviations from one solenoid valve to the next often cause fluctuation in the hydraulic pressure and affect shift precision and quality. The transmission featured in the Azera cleverly integrates adjustment screws in the valves that enable each of the eight valves to be calibrated at the factory. This feature ensures stable hydraulic pressure at any shift point which facilitates a high degree of precision and control needed to deliver fast, smooth and precise shifts throughout the rpm range.

Inside, Azera’s spacious cabin provides not only roomy comfort, but a luxurious look with a new attention to detail that makes both driver and passengers feel like they are riding in a luxury sedan. These details include a new brushed metalgrain finish applied to the gear shift indicator area, cup holder cover, ashtray cover and center console cover. For convenience, “EZ Lane Change Assist” (one-touch triple turn signal stalks) has been added as to long list of standard equipment. Slight movement of this new turn signal stalk will cause the turn signals to blink three times and then automatically go off ““ an ideal feature for highway passing.

The 2011 Azera offers luxurious appointments and spaciousness that rivals the finest premium competitor brands. It offers a roomy cabin with nearly 44 inches of legroom up front and more than 38 inches of legroom for rear-seat passengers. Hyundai engineers have created efficient packaging to maximize interior volume with the 2011 Azera offering more interior volume (123.5 cu.-ft.) than the Toyota Avalon and Nissan Maxima.

Special attention has also been paid to other interior details, such as the electroluminescent cluster display and steering wheel audio control functions. The blue backlighting for interior gauges, switches and buttons along with ion-plated accents highlight the vehicle’s modern appearance. Other unexpected luxury appointments include a power rear sunshade, integrated memory system and power-folding side mirrors with turn signal indicators and puddle lamps on the Limited version. Azera Limited also has a power tilt and telescopic steering wheel, electrochromic auto-dimming mirror with HomeLink®, premium door sill scuff plates and woodgrain steering wheel and door pulls to its long list of standard equipment.

An AM/FM/XM/CD/MP3 audio system that includes a four-channel, 172-watt internal amplifier and six speakers comes standard in the Azera GLS. Audiophiles with even more demanding tastes will be impressed by the available Infinity audio system that includes a seven-channel, 315-watt amplifier with an in-dash six-disc CD changer and 10 speakers, standard in Limited trim levels.

Music lovers will also welcome the 2011 Azera’s inclusion of standard iPod®/USB and auxiliary input jacks to accommodate and charge audio devices such as iPods.

Maintaining Hyundai’s emphasis on class-leading safety technology, the 2011 Azera boasts impressive active and passive safety features to protect its occupants in the event of a collision. The Azera continues to set standards by making key life-saving active safety technology standard, such as Electronic Stability Control (ESC) with a Traction Control System (TCS).

Also standard are independent double-wishbone front- and multi-link rear suspension, large four-wheel disc brakes and an Anti-lock Braking System (ABS) that includes Brake Assist, which provides maximum braking force when a panic stop is detected, and Electronic Brakeforce Distribution (EBD), which automatically adjusts the amount of force applied to each of a vehicle’s brakes for optimal performance under varying load conditions.

Hyundai engineers benchmarked the best cars in the category before designing the Azera’s double-wishbone front and multi-link rear four-wheel independent suspension system. By using high-tensile steel in critical unibody areas, the Azera features increased stiffness and rigidity, which ensures formidable resistance to flexing and enhanced ride and handling, while lowering interior noise levels. Attached to the Azera’s rigid structure is improved suspension and steering hardware to keep the vehicle even flatter through turns and more compliant over bumps. The suspension features four twin-tube, gas-charged dampers, softer bushings and a quick steering rack. The Azera also has front and rear stabilizer bars and rides on new 17-inch wheels and 235/55VR17 tires.

From the well-equipped GLS, to the downright luxurious Limited, the 2011 Azera lineup addresses the needs and desires of premium sedan customers with a highly competitive mix of features and benefits. Each model delivers a level of standard equipment that is a cut above competing models. 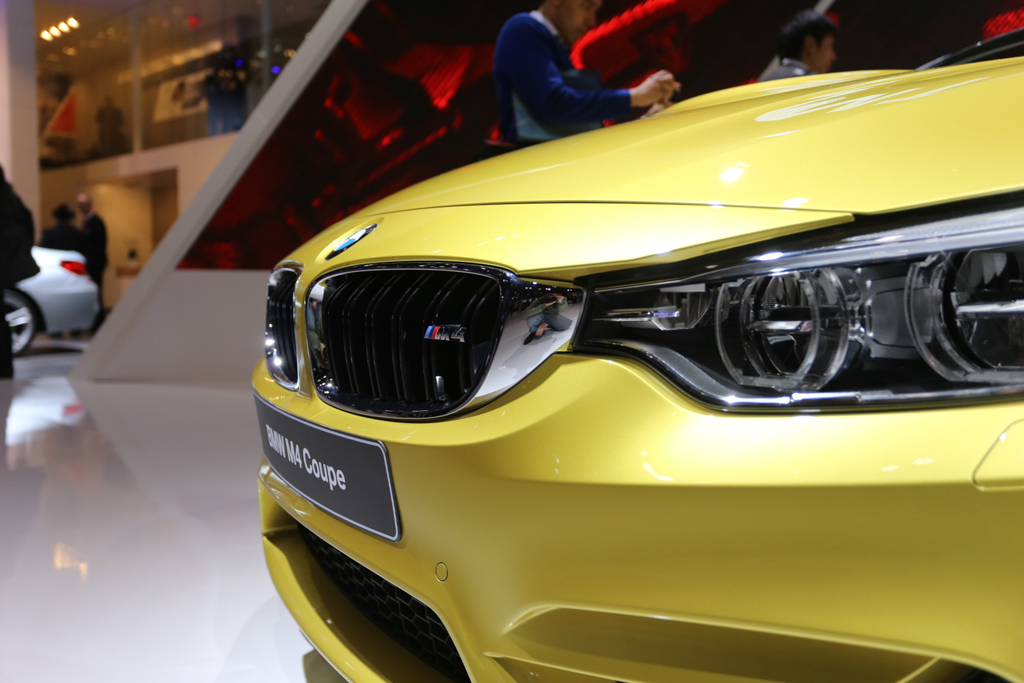