“Concentrating Volt sales in these three key initial markets allows us to give our first customers a high-quality experience,” said Jim Campbell, Chevrolet general manager. “In addition to geographical considerations, each market also has progressive local and state government leaders and utility partners who are crucial in bringing electric vehicles to market.”

Chevrolet also said that it is teaming up with D.C.-area utilities Pepco and Dominion to introduce consumers to electric-vehicles and establishing a vehicle charging program.

WASHINGTON ““ Chevrolet announced that greater Washington D.C. will be an initial launch market for the Chevrolet Volt electric vehicle with extended range. The nation”s capital and its suburbs join California and Michigan as the initial retail markets where Chevrolet will sell the Volt to consumers.

“The Chevrolet Volt demonstrates our commitment to the electrification of the automobile,” said Tom Stephens, GM vice chairman, Global Product Operations. “So far, we have invested more than $700 million in the U.S. to reinforce our leadership in this new technology.”

Chevrolet will deliver more than 100 Volts to several utilities across the U.S. ““ including Pepco and Dominion, which serve Washington D.C. and its suburbs ““ as part of an extended demonstration program. The overall program includes 500 charging stations that will be installed for residential, business and public use. They will be used to learn more about the installation process, vehicle charging and to gauge customer feedback.

The program is made possible with a grant of more than $30 million in American Recovery and Reinvestment Act funds from the Transportation Electrification Initiative administered by the U.S. Department of Energy. Chevrolet has announced similar partnerships with several utilities in California and Michigan, as well as the Electric Power Research Institute (EPRI).

The Chevrolet Volt is an electric vehicle with extended-range capability. It is designed to drive up to 40 miles on electricity without using gasoline or producing tailpipe emissions. When the Volt”s lithium-ion battery is depleted, an engine/generator seamlessly operates to extend the driving range if there is no access to an electrical outlet to recharge the battery, providing peace of mind by eliminating range anxiety. Volt production begins later this year, and pricing has not been announced.

The Chevrolet Volt has already logged more than a quarter-million test miles on pre-production vehicles, some of which are in service 24 hours a day, seven days a week. Accomplishments include:

Technology beyond the battery

Chevrolet is expanding the Volt ownership experience with a smartphone (Droid by Motorola, Apple iPhone and BlackBerry Storm) application by OnStar that gives Volt owners 24/7 connection and control of vehicle function and OnStar features remotely.

Other driver-friendly technologies include touch-sensitive controls on the center stack and screen; a fully digital interface that allows two-way interaction, personalization and access to information; and real-time feedback that provides guidance on how to drive more efficiently.

Chevrolet grows its family of small and compact cars

Here”s a deeper look at the cars:

Chevrolet Spark : The five-door Chevrolet Spark, the smallest member of Chevrolet”s family of cars, brings style, roominess and versatility to a segment of extremely fuel-efficient small cars. Spark will provide great fuel economy, and its trim size makes it very agile in all kinds of driving conditions while still feeling substantial on the open road. The U.S. production version of the Spark will go on sale in early 2012.

“This small vehicle makes a big statement,” said Margaret Brooks, Chevrolet marketing director for small cars. “With its fresh, youthful approach, we believe Spark will appeal to customers who want excellent fuel economy, functionality and style at an affordable price.”

More details on the U.S. version of the Spark will be announced at a later date.

“The current Aveo is a major player in Chevrolet’s global small-car portfolio,” said Campbell. “Our intent with the Aveo RS show car is to demonstrate Chevrolet’s vision and design potential for a small car we think customers will love.”

The Aveo RS show car features the same small-displacement 1.4L Ecotec turbocharged engine that will be available in the 2011 Chevrolet Cruze. Delivering 138 horsepower (103 kW), it performs like two powerplants in one, with the fuel economy of a small engine and the performance of a larger one. In the Aveo RS show car, the 1.4L turbo is mated to a six-speed manual transmission.

Chevrolet has previously announced the new Aveo will be built at Orion Assembly in Orion Township, Mich., in 2011, a move that will restore 1,200 jobs to Southeast Michigan. Plant retooling is scheduled to begin later this year.

Chevrolet Cruze : The North American production version of the 2011 Cruze compact sedan makes its first visit to Washington show-goers. Already on sale in Asia and Europe with strong market acceptance, the Cruze has been refined for America, bringing a midsize car presence to the compact sedan segment.

Cruze will deliver many segment-leading features, more interior room and more cargo capacity than the competition, as well as upscale amenities such as Bluetooth, USB and navigation. It offers midsize roominess, safety and amenities with the fuel economy and expected price of a compact car. Cruze features 10 standard air bags and has achieved five-star safety ratings in every market where it is sold.

Cruze is expected to deliver segment-leading fuel economy with a new Ecotec 1.4L I-4 turbo with variable valve timing ““ including up to 40 mpg on the highway with a high-efficiency model. The all-new Cruze will be built in Lordstown, Ohio beginning in the third quarter.

Porsche Panamera Diesel can travel more than 745 miles, not coming to U.S.

May 2, 2011 Omar Rana Comments Off on Porsche Panamera Diesel can travel more than 745 miles, not coming to U.S. 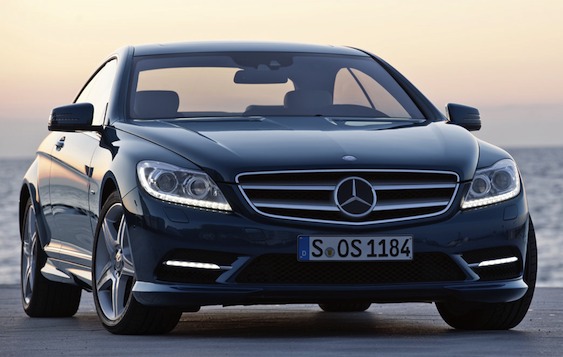