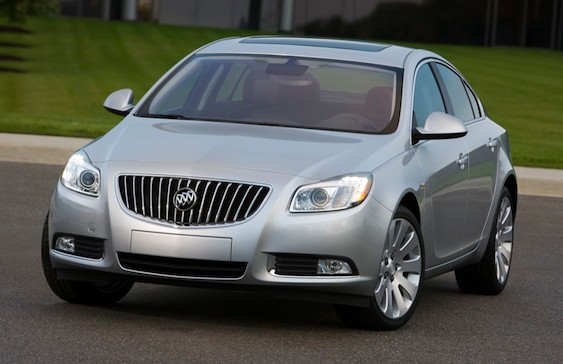 If you are excited about the 2011 Buick Regal, then we have something special for you. General Motors has just announced pricing details on the 2011 Regal, which will hit dealerships in the second quarter of 2010. At launch, the 2011 Buick Regal will only be available in the premium CXL trim, with prices starting at $26,995 including a $750 destination charge. The Regal CXL Turbo model will start at $29,495, also including the $750 destination charge.

Power for the base 2011 Regal CXL comes from a 2.4L Ecotec direct-injected 4-cylinder making 182-hp while the CXL Turbo is powered by a 2.0L Ecotec turbocharged 4-cylinder making 220-hp. Both models will be offered with an automatic 6-speed transmission with Driver Shift Control (DSC). The 2.0L Regal CXL Turbo will be available with a 6-speed manual transmission later this year.

In 2011, the entry-level Regal CX will join the lineup as a 2012 model year with a smaller price tag. There will be no CXS model offered in the Regal lineup like the LaCrosse, partly because the Regal GS will be the range-topper.

Detroit ““ Buick today announced pricing for the all-new 2011 Regal. Prices start at $26,995 for the premium CXL model, including a $750 destination charge.

offering enhanced vehicle stability and greater driving safety, while also adapting the driving characteristics of the car to the driver”s preferences. The driver selects among three operating modes that adjust suspension, steering, throttle, transmission, and stability systems to personalize the driving experience

“The Regal is the next chapter in Buick”s transformation and we”re excited to bring this Buick sport sedan to market,” said Craig Bierley, Buick Marketing Director. “The dynamic driving experience and intuitive, personal technologies offer customers a premium sport sedan for great value.” 2011 Regal pricing compares to the 2010 LaCrosse as follows:

Regal production for sale in the U.S. and Canada begins late Q1 2010 in Russelsheim, Germany, with vehicles expected to start arriving at dealerships in Q2 2010. North American production will begin at the Oshawa Car Assembly plant beginning in Q1 2011 .