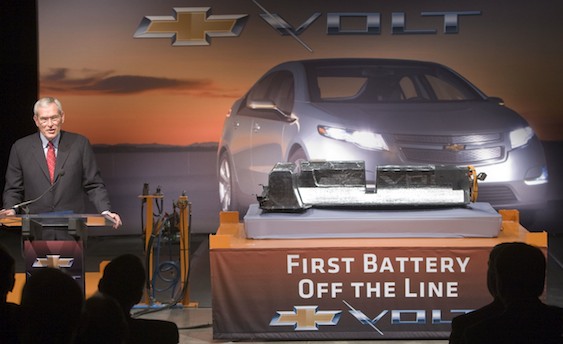 Today, the Chevrolet Volt took one step closer to showing up at a dealership near you. Exactly three years since the day the concept Volt made its debut, GM today produced its first advanced lithium-ion battery for the plug-in electric hybrid vehicle.

Last August, GM invested $43 million to prepare its Brownstown Battery Pack Assembly Plant for production of the lithium-ion battery packs for the Volt and other electric-vehicles with range extending capabilities.

GM said that it will start shipping batteries to its Detroit-Hamtramck plant later this spring for the final assembly of the Volt. Regular production at Brownstown and Detroit-Hamtramck will begin in the fourth quarter of 2010. The 160,000 square-foot plant currently employs 25 workers that will assemble the packs.

Hit the jump for the press release and a video of the first Volt battery being produced.

“This is an important milestone for GM ““ and a critical step in bringing the Chevrolet Volt to market,” said GM Chairman and CEO Ed Whitacre.

GM announced last August a $43-million investment to prepare the 160,000-square-foot, landfill-free facility for production of lithium-ion battery packs for the Volt and other electric vehicles with extended-range capabilities. The plant is part of a wholly-owned subsidiary of General Motors called GM Subsystems Manufacturing LLC.

In just five months, the Brownstown plant was converted from an empty facility to a production-ready battery manufacturing site. New machinery and specialized equipment have been installed and three primary assembly areas have been completed: battery module pre-assembly, final assembly and the battery pack main line.

The Volt”s battery pack is made up of multiple linked battery modules and more than 200 battery cells. The initial assembly area is where the prismatic-shaped cells are processed and installed by state-of-the-art flexible automated equipment into modules, which are then delivered to the battery pack main line.

Initial battery production at Brownstown will be used to validate the plant”s equipment and processes, and batteries will be sent to GM”s Global Battery Systems lab in Warren, Mich., for testing. This spring, GM will begin shipping batteries to GM”s Detroit-Hamtramck plant, the assembly location for the Volt, for use in production validation vehicles.

Regular production at Brownstown and Detroit-Hamtramck is set to begin in the fourth quarter.

GM is investing $700 million in eight Michigan facilities for Volt-related production, including $336 million in the Detroit-Hamtramck plant, which will benefit from battery research conducted at the battery lab in Warren; receive batteries from Brownstown; use tooling from Grand Blanc; take delivery of camshafts and connecting rods from Bay City; and dies, stampings and the Volt”s 1.4L engine-generator from three plants in Flint.

“The development of electric vehicles like the Chevy Volt is creating entire new sectors in the auto industry ““ an “˜ecosystem” of battery developers and recyclers, builders of home and commercial charging stations, electric motor suppliers and much more,” Whitacre said. “These companies and universities are creating new jobs in Michigan and across the U.S. ““ green jobs ““ and they”re doing it by developing new technology, establishing new manufacturing capability, and strengthening America’s long-term competitiveness.”

In August, the U.S. Dept. of Energy selected 45 companies, universities and organizations, including GM, in 28 states for more than $2 billion in awards for electric drive and battery manufacturing and transportation electrification. Nearly half of that total is designated for cell, battery and materials manufacturing facilities in Michigan.

The Volt is an electric vehicle with extended-range capability. It is designed to drive up to 40 miles on electricity without using gasoline or producing tailpipe emissions. When the Volt”s lithium-ion battery is depleted of energy, a flex-fuel engine-generator seamlessly operates to extend the total driving range to about 300 miles before refueling or stopping to recharge the battery. Pricing has not been announced. 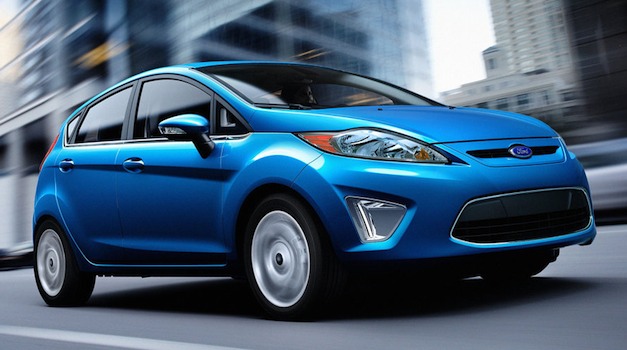