Opel today unveiled the new Meriva prior to its debut at the 2010 Geneva Motor Show in March. Totally redesigned for 2011, the new Opel Meriva features a significant amount of space engineered to be packed in a compact and contemporary design.

The 2011 Opel Meriva features FlexSpace rear-seating, high seating position and roomy cabin. It also gets a “coolness factor” with new FlexDoors, which are rear-hinged rear doors.

Engine choices range from standard gasoline to turbocharged engines with output ranging from 75 to 140-hp. Opel says that an ecoFLEX version will also be offered. Transmission choices will include a 5 and 6-speed manual and a 6-speed automatic gearbox.

RÃ¼sselsheim. Innovative, versatile and elegant: The second generation Opel Meriva, to premiere March 4 at the Geneva Motor Show, will set the new standard for automotive versatility with a multitude of innovative features engineered to optimize the flexible use of space. And it is all packed in a distinctive, contemporary design.

After pioneering automobile on-board versatility with the compact seven-seater Zafira in 1999, Opel created a new market segment for small, affordable monocabs when it launched the first generation Meriva in 2003. With its revolutionary FlexSpace rear-seating concept, high seating position and roomy cabin, the Meriva was big on flexibility yet small in size. This popular formula has enabled it to consistently lead the small monocab segment, with sales in Europe totaling more than 1 million units.

Now, the second generation Meriva again raises the bar for affordable, on-board flexibility. Its FlexSpace system has been further developed to become even more intuitive and easier to use. It also introduces FlexDoors, innovative rear-hinged rear doors that facilitate access to its cabin ““ a premiere for a volume manufacturer. Moreover, the new Meriva features great interior storage space enhanced by a revolutionary concept of flexible center console, as well as the Opel-exclusive FlexFix system ““ the integrated rear bicycle carrier that is stored like a drawer under the luggage compartment.

The new reference in on-board versatility

“With the Zafira Flex 7 and the Meriva”s FlexSpace seating concepts, we invented a new kind of fully integrated, on-board flexibility,” says Alain Visser, Vice President Sales, Marketing and Aftersales Opel/Vauxhall. “With the new Meriva, we wanted to engineer the new versatility champion in the automotive industry. I don”t see any other car offering so many ideas that make one”s life easier.”

Increased flexibility is extended to all areas in the new Meriva. In the cabin, the innovative FlexSpace rear seating system introduced in the first Meriva has been further developed: It requires even less effort to move the seats in their different positions or to fold them down.

Throughout the cabin, storage space is considerably increased with convenient locations provided for items commonly carried inside a car. The revolutionary FlexRail console system consisting of exchangeable storage units that can slide on rails located between the front seats provides convenient and adaptable storage for any kind of use.

Up front, the generously proportioned seats are similar to those of the new Astra and Insignia. They offer a class-leading range of adjustment ““ 240 mm forwards/backwards and 65 mm in height ““ allowing people of all size and age to find optimal comfort for their journeys. Also new for Meriva is the availability of Opel”s unique FlexFix integrated rear bicycle carrier.

Entering into a new era of doors

Meriva opens up a new dimension in rear seat access with unique rear-hinged rear doors. The FlexDoors concept is a first from a volume manufacturer in the industry. Unlike the few well-known rear-hinged doors systems available, FlexDoors features full-sized doors which open independently without the need for a clamshell overlap by the front doors. A conventional B-pillar makes this independent opening possible, while ensuring good body rigidity and side impact protection. In addition, it has a handle that further facilitates entry and exit.

FlexDoors provide great functionality by making it easy to get into and out of the rear seat. Locating the door hinges on the C-pillar also allows more clearance for passengers” feet to swing past the B-pillar flange. The FlexDoors also open up to 84 degrees, much wider than conventional doors, for which 68-70 degrees is the usual standard. Front passengers also benefit from the same 84 degrees opening angle. FlexDoors are also more ergonomic and convenient for the front passengers to open FlexDoors when stowing a jacket, a briefcase or an umbrella behind the front seat.

FlexDoors also provide greater safety, especially for young families. Parents can reach into the rear seat more easily to help with buckling up, and children can be more safely guided when getting in and out of the vehicle. For example, when both the front and rear doors are open at the same time, a safety zone is created as both child and parent can get out of the car without a door separating them, reducing the risk of children stepping out into traffic.

FlexDoors add style to increased functionality. Stepping in and out of the vehicle not only feels much more natural, it looks cool and elegant. It”s no longer necessary to twist or slide out of the rear seat.

The FlexDoors concept has been successfully market tested and evaluated with Meriva customers since 2006. It s supported by an array of patented locking systems designed to optimize safety.

Inside and out, the Meriva moves forward Opel”s new, expressive design language ““ sculptural artistry meets German precision ““ and adheres to the same focus on quality already seen on Insignia and the new Astra.

The FlexDoors invite you to an interior landscape of harmoniously flowing lines and surfaces. The wraparound wing shaped instrument panel enhances the feeling of width and roominess. The forward leaning center stack contributes to this and adds a notion of sportiness and sculpture.

The interior is appointed with six different levels of colour and trim. The widest choice ever offered on an Opel. The high standard of fit and finish of the chosen textures and materials as well as the layout and decoration of the controls is typical of more expensive cars.

The new Meriva benefits from a longer wheelbase, wider front and rear tracks, all contributing to improved handling and greater ride comfort.

The range of powertrains features economical and efficient turbocharged engines offering a power bandwidth from 75 to 140 hp. A particularly economical ecoFLEX version will also be offered. The Meriva will offer a choice of 5 and 6-speed manual transmissions as well as a 6-speed automatic gearbox.

Designed and developed at Opel”s engineering center in RÃ¼sselsheim, Germany, the new Meriva will be built in Zaragoza, Spain and is scheduled to go on sale this summer. 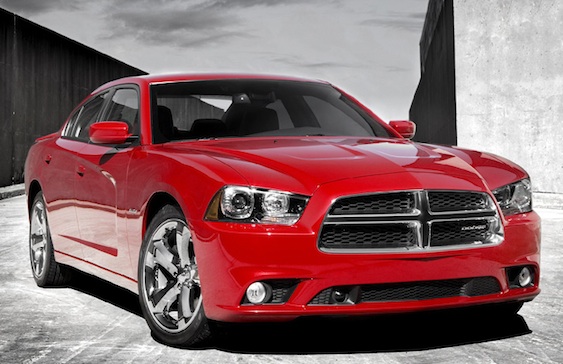