The Nardo test-track in Southern Italy should be renamed as AC Schnitzer’s Nardo Track. After setting two records, one in 2006 with the TENSION and one in 2007 with the GP3.10, AC Schnitzer recently broke another record with its new ACS3 3.5d Coupe.

AC Schnitzer says that the ACS3 3.5d posted a top speed of 179.4 mph, breaking the world record from 2006 for the fastest road-legal diesel car by over 5.4 mph.

AC Schnitzer didn’t feel like providing many details on the modifications of the car but the company’s website says that the ACS3 3.5d can be tuned to produce a total 310-hp.

It’s a hat-trick: for the third time, AC Schnitzer has gone to NardÃ² in southern Italy and brought home a third world record for Aachen.

The legendary high-speed circuit has already been the setting for so many records. Once a year in southern Italy, under the aegis of “CONTINENTAL AG” and in collaboration with the editors of “AUTO BILD sportscars”, the ‘creme de la crÃ¨me’ of vehicle tuners go head to head – this year on 18th and 19th October 2009.

The AC Schnitzer ACS3 3.5d CoupÃ© succeeded in breaking the world record from 2006 for the fastest road-legal diesel car by over 8.7 km/h.

288.7 km/h was the figure on the display of the GPS speedometer system on the 13 km long high-speed circuit – which is in principle a giant oversized circle – after the fast lap of the AC Schnitzer ACS3 3.5d CoupÃ©.

After the records from 2006 with the TENSION as the fastest road-legal BMW, the world record still held by the GP3.10 GAS POWERED from 2007 for gas-powered vehicles, the ACS3 3.5d CoupÃ© (based on the BMW 335d) has continued the success story.

Naturally the power upgrade which took the latest world record holder to success is part of the extensive AC Schnitzer special accessory range and available for all vehicles based on the 3.5d engine. It is TÃV-approved and available from BMW dealers.

Another impressive performance in NardÃ² came from the AC Schnitzer ACS4 3.5 turbo (based on the BMW Z4 sdrive 35i). At 303.1 km/h, this was not a new world, but such a high speed is almost unheard of for a Roadster. The Z4 was also running with the commercial version of the AC Schnitzer performance upgrade for 3.5i engines. Quickly, as we found out. 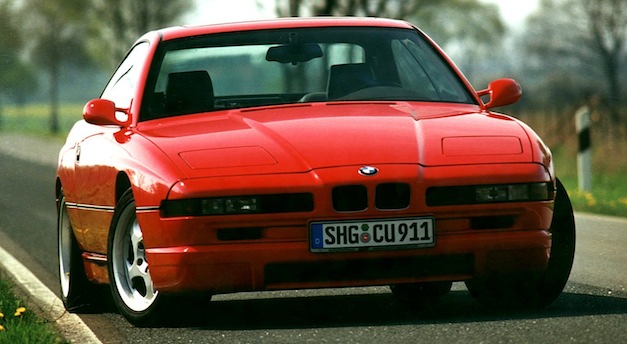