FoMoCo’s Ford and Lincoln models earned five of the top 10 positions on the survey, with Ford Flex coming in at No. 2. Over 15 FoMoCo vehicles use the Clarion navigation systems.

“Consumers are spending so much time in their vehicles today, so it’s become increasingly important for them to remain connected,” said Jim Buczkowski, director, Global Electrical and Electronics Systems Engineering for Ford Motor Company.

* Factory-installed Voice-Activated Navigation System with SIRIUS® Travel Link™ in the Lincoln MKS ranks highest in J.D. Power and Associates 2009 Navigation Usage and Satisfaction Study and the system in the Ford Flex is second on the list
* The systems, supplied by Clarion, also receive high marks for ease of use
* Navigation systems in five Ford and Lincoln vehicles earned five of the top 10 positions
* The study highlights the fact that navigation systems are a daily part of life for more consumers

DEARBORN, Mich., Dec. 4, 2009 ““ Lincoln MKS owners report “Highest Satisfaction” with their Clarion-equipped Voice-Activated Navigation System with SIRIUS® Travel Link™, according to J.D. Power and Associates 2009 Navigation Usage and Satisfaction Study. The same system in the Ford Flex is second on the list.

Co-developed with Ford, the Clarion navigation systems are in over fifteen Ford vehicles. Ford and Lincoln models earned five of the top 10 positions, in addition to receiving high marks from consumers for being easy to use.

The newly released study, based on responses from nearly 17,000 consumers who recently purchased or leased 2009 model year vehicles with factory-installed navigation systems, was conducted in October.

“Consumers are spending so much time in their vehicles today, so it’s become increasingly important for them to remain connected,” said Jim Buczkowski, director, Global Electrical and Electronics Systems Engineering for Ford Motor Company. “But we realize that all that connectivity and information doesn’t help people unless the system is easy to use. That’s why we’ve worked so hard to make sure our navigation system is not only extremely functional, but exceptionally intuitive.”

This marks the sixth J.D. Power and Associates award Clarion has received in the past four years for either in-dash navigation or multimedia systems. “Clarion is very honored to have the privilege to work with Ford in supplying navigation and audio systems,” says Matt Matsuda, president of Clarion Corporation of America. “Clarion is committed to supplying high-quality navigation and multimedia systems that offer appealing features that consumers demand most in a very user-friendly package.”

Superior function and design
Ford’s Clarion-supplied Voice-Activated Navigation System with SIRIUS® Travel Link™ has been specifically designed with the customer in mind.

“Every decision we made when designing this system focused on the user experience,” said Jason Johnson, Ford user interface design engineer. “We stepped away from being engineers, and we looked at this as users, and that’s the key to the success of this system.”

The system is loaded with features and functions designed to provide customers with a superior level of connectivity, information and entertainment on the road. There are customizable home screens, 3-D bird’s-eye maps, a digital jukebox and available automatic climate control, to name just a few.

A previous system in the Lincoln Zephyr had won the 2006 J.D. Power Navigation Usage and Satisfaction Study, so when design team members began working on the updated version, they knew they were headed in the right direction. Working with customer feedback, they focused on making the best even better.

They enhanced the graphics, making them even brighter and easier to read, and created brand-specific color palettes. The touch-screen design and menu organization was based on logical grouping and frequency of use.

And while navigation is a basic part of the system, essential too is its seamless integration with its entertainment and communication components like SYNC® and SIRIUS Travel Link.

“Navigation is really just a small part of it,” said Johnson. “There’s so much more to the system, and it’s imperative that it all has to work together.”

Finding their way home
The study highlights the fact that navigation systems are becoming a part of daily life for consumers. More than half of the respondents in the J.D. Power study reported they use their system on a regular basis ““ at least one to two times a week ““ and that real-time traffic information, as well as voice-recognition, is becoming an increasingly popular feature.

This follows the demographic information uncovered by a 2009 study on consumer navigation device trends conducted by Interactive Data Corp and Telematics that showed nearly 70 percent of respondents ““ almost equally split between men and women ““ have been using a navigation device of some kind for nearly a year, and about 30 percent said they used it weekly.

That information comes as no surprise to Ford researchers, who keep a close eye on the needs and desires of today’s consumers.

“Consumers are increasingly demanding seamless connectivity between technologies in their house, their office and their car,” said Sheryl Connelly, Ford’s Global Trends and Futuring manager. “More than anything, people want to stay connected and informed.”

And Ford wants to keep them there ““ by looking toward the future.

“Understanding what customers will want and need tomorrow ““ or even next year ““ isn’t enough,” Connelly said. “We’re working to anticipate needs and desires further out, so we can come up with new ways of providing an experience that will make people’s lives easier and more fulfilling.” 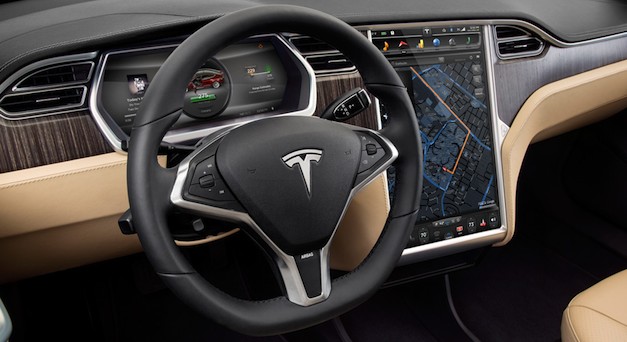