Renault/Nissan CEO, Carlos Ghosn, said that General Motors Company would have been better off if it had formed an alliance with his companies in 2006. GM and Renault/Nissan called the talks off in October 2006.

“Without any doubt,” he said during a forum sponsored by the Council on Foreign Relations. “We knew fundamentally that this would work, but only if it was a collaborative effort.”

Ghosn said that there was huge “possibility to create something that would be extremely competitive.” He said the alliance would have allowed both companies to share technology, practices and a common approach.

When asked if he was happy that the alliance with GM fell through, Ghosn said: “When you see the disaster and the waste of energy and skills and talent, nobody can be happy.”

He went on to say that the auto industry had become much more interconnected.

“When General Motors was in danger, everybody was scared. We were scared. Because some of our suppliers are big suppliers of General Motors,” Ghosn said. “If they go down, we would not have been able to assemble any single car in the United States.” 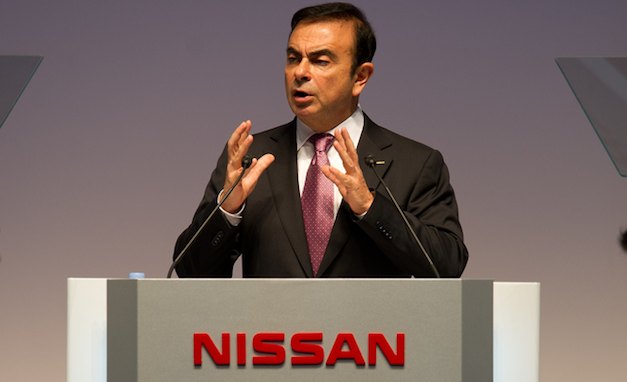 June 26, 2012 Omar Rana Comments Off on Report: Nissan CEO Carlos Ghosn may leave before next business plan, gets pay raise in the meantime