“Ford has proven its resilience in these tough times by delivering to market a car with broad appeal to a broad range of consumers,” said Angus MacKenzie, MOTOR TREND editor-in-chief. “The Fusion range has matured into a competitive roster of midsize sedans, able to compete with sales juggernauts such as the Toyota Camry and Honda Accord. It is no surprise the Fusion now ranks in the top 10 best-selling cars in America.”

The 2010 Ford Fusion recently joined the ranks of America’s Top 10-selling vehicles and is the No.1 selling domestic car.

–  The 2010 Ford Fusion is MOTOR TREND magazine’s pick for its prestigious Car of the Year® award
– The Fusion bested a field of 23 contenders ““ including the Toyota Camry, Honda Accord, BMW 7 Series and Mercedes-Benz E-Class ““ to win the prominent award
– Fusion is now among America’s top 10-selling vehicles and the No. 1-selling domestic car
– Ford Fusion is America’s most fuel-efficient midsize sedan for both hybrid and conventional gasoline models. The Fusion Hybrid with an EPA estimated 41 mpg rating in the city and 36 mpg on the highway tops the Toyota Camry hybrid by 8 mpg in the city and 2 mpg on the highway, while the four-cylinder Fusion with best-in-class highway fuel economy at 34 mpg tops the Toyota Camry four-cylinder by 2 mpg

The prestigious award from MOTOR TREND comes at a time when Fusion sales are already at an all-time high, further positioning the vehicle as a formidable contender in the competitive midsize sedan market.

“The MOTOR TREND Car of the Year award is another testament of our commitment to delivering a world-class car lineup,” said Derrick Kuzak, group vice president, Ford Global Product Development, who accepted the golden calipers on behalf of the Ford team. “Whether it is the best-in-class fuel economy or quality unsurpassed by Toyota or Honda, the Fusion and Fusion Hybrid are clear evidence that Ford is serious about our car lineup.”

“The Fusion brought a vast assortment of choice that has the potential to appeal to every type of driver, from the eco-conscious to the sport-minded,” said MacKenzie. “The Fusion’s combination of comfort, fuel efficiency, assortment and technology made it a clear winner among our panel of judges.”

The 2010 Fusion and Fusion Hybrid are the most fuel-efficient sedans in America. The new models offer more power; class-exclusive technologies, such as Blind Spot Information System (BLIS®) and Ford SYNC®; and more total passenger and luggage capacity than the Toyota Camry.

The Fusion lineup expanded in the 2010 model year to include all-new Hybrid and Sport models and a new selection of gas-powered engines ““ all paired with six-speed transmissions ““ that deliver even more horsepower and better fuel economy.

Fusion: A hit from the start
The Ford Fusion has been generating excitement among journalists and consumers alike since the nameplate first launched in the fall of 2005. In fact, the introductory model ““ which marked Ford’s re-entry into the midsize sedan market ““ was a finalist for MOTOR TREND’s 2006 Car of the Year award.

Since then, Fusion’s popularity has continued to soar ““ and so have sales. Fusion set a sales record in April ““ the first full month of sales for the redesigned 2010 model and the new Fusion Hybrid ““ and overall sales are already at an all-time high for 2009.

“Even at a time when industry-wide sales are down 26 percent, Fusion sales continue to grow,” said Ford Sales Analyst George Pipas.

According to Fusion Marketing Manager Jonathan Richards, car buyers are so passionate about Fusion that they are choosing to buy the high series models ““ Hybrid, SEL and Sport.

Richards says the introduction of a Sport model is also drawing praise from Fusion customers, as is the new six-speed gearbox with SelectShift™ transmission. 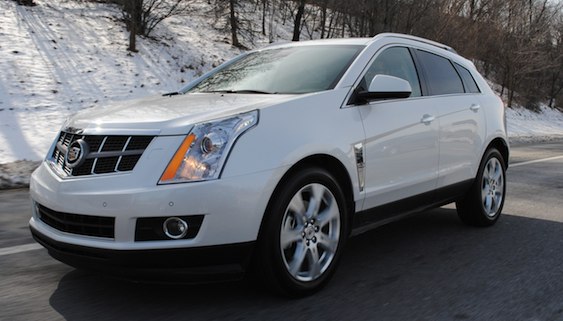 2010 Ford FOOSE Mustang GT being giving away in sweepstakes