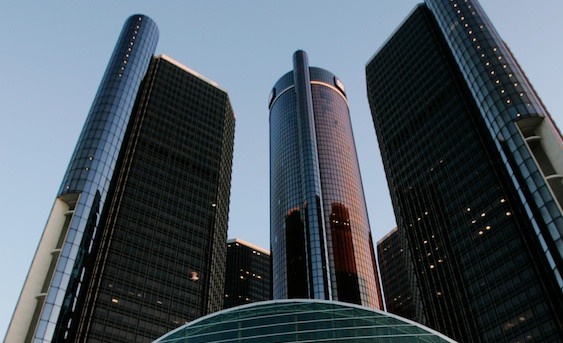 General Motors also said that it will begin repaying $6.7 billion in U.S. loans later this year, ahead of when it is required.

“We have significantly more work to do, but today”s results provide evidence of the solid foundation we”re building for the new GM,” said GM President and CEO Fritz Henderson. “With a healthier balance sheet and a competitive cost structure, our focus is on driving top line performance. We”ll achieve that by winning customers over, one at a time, with vehicles that deliver performance and value.”

Click through for the press release for more details on GM’s third-quarter earnings.

DETROIT ““ General Motors Company (GM) released today preliminary non-GAAP managerial results1 for its first 83 days of operation, providing an initial look at its financial performance since it began operations as a new company on July 10, 2009.

The improvement was largely attributed to a higher global seasonally adjusted annual rate (SAAR) of 67.8 million units in the third quarter, compared to 62.7 million units in the second quarter of 2009, and GM”s stabilizing global share. In China, Brazil, India and Russia (BRIC), GM had 13.0 percent of the combined market share in the third quarter, up 0.2 percentage points from the second quarter of 2009.

Contributing to GM”s sales in the U.S. was the strong retail performance of some of its newest vehicles, including the Chevrolet Camaro and GMC Terrain, as well as the Chevrolet Equinox, Buick LaCrosse and Cadillac SRX which are generating higher average transaction prices and higher residual values than previous model year vehicles.

In other markets around the world, strong consumer appeal for a number of GM”s newest vehicles including the Holden and Chevrolet Cruze, Daewoo Matiz Creative, Opel/Vauxhall Astra and Chevrolet Agile are helping to reclaim global share. In fact, the Astra recently claimed its first major award by winning the prestigious Golden Steering Wheel award by the Auto Bild magazine and the Agile was just elected the 2010 Car of the Year by AutoEsporte magazine in Brazil.

The China market in particular is proving to be a strong contributor for the company”s results. Maintaining a leading market share position in China, GM and its joint venture partners continue to see an upward trend, selling more than 478,000 vehicles in the third quarter of 2009, up from approximately 451,000 and 364,000 units in the second and first quarters, respectively.

GM managerial earnings before interest and taxes (EBIT) before special items for the July 10-Sept. 30 period was a loss of $261 million, with GM North America reporting a loss of $651 million and GM International Operations reporting a profit of $238 million. Managerial earnings before interest, taxes, depreciation and amortization (EBITDA) was $1.5 billion before special items.

While financial statements between Old GM and GM are not comparable, the above structural costs breakdowns for the two companies are provided for perspective.

For the period July 10-Sept. 30, GM had positive managerial operating cash flow before special items of $3.3 billion, reflecting the favorable working capital impact from production start up, timing of supplier payments and lower capital spending. The favorable working capital impact is not expected to repeat itself in the fourth quarter (see the “Looking Ahead” section below). For the period July 1-July 9, Old GM had negative operating cash flow of $3.6 billion, reflecting extremely low production in North America.

As of September 30, 2009, cash and marketable securities totaled $42.6 billion. Included in this amount was $17.4 billion held in escrowed funds from the United States Treasury (UST) and Export Development Canada (EDC), with $8.1 billion of this amount allocable for future repayments of the UST and EDC loans, $2.8 billion for the recently completed Delphi settlement and $900 million for healthcare in Canada, leaving a remaining escrow cash balance of $5.6 billion.

In light of improving global economic conditions, stabilizing industry sales and its healthier cash position, GM announced today that it plans to accelerate repayment of its outstanding $6.7 billion in UST loans as well as the C$1.5 billion (US$1.4 billion) in EDC loans ahead of the scheduled maturity date of July 2015.

GM plans to repay the United States, Canadian and Ontario government loans in quarterly installments from escrowed funds, beginning next month with an initial $1.2 billion payment to be made in December ($1.0 billion to the UST and $192 million to the EDC), followed by quarterly payments. Any escrowed funds available as of June 30, 2010 would be used to repay the UST and EDC loans unless the escrowed funds were extended one year by the UST. Any balance of funds would be released to GM after the repayment of the UST and EDC loans.

GM”s total debt as of September 30, 2009 was $17 billion, including $6.7 billion in U.S. government loans, $1.4 billion in Canadian government loans, $1.3 billion in German government loans and $7.6 billion in other debt globally. The $17 billion debt level does not include the UAW or CAW VEBA notes or preferred stock, which are $2.5 billion, $0.7 billion and $9 billion, respectively. While GM has reached settlements for the UAW and CAW VEBAs, the debt associated with the agreements will not be recognized until all preconditions are met and they become effective, which will be December 31, 2009 or later. Prior to the start of the new GM, total debt of Old GM was $94.7 billion as of July 9, 2009.

Looking ahead to 2010, GM anticipates modest growth, with total industry volumes estimated at 62 to 65 million units, with a modest recovery in the U.S. market where the outlook for the 2010 calendar year for total vehicles is estimated at 11-12 million units.

GM expects to have negative net cash flows in the fourth quarter of 2009 due to a number of factors including cash outflows relating to the Delphi settlement of $2.8 billion, the working capital impact of payment term adjustments of approximately $2 billion, payments for U.S., Canada, Ontario and Germany government loans of approximately $2.5 billion and continuing restructuring cash costs of approximately $1 billion. As a result, global cash balances at the end of 2009 are expected to be materially lower than third quarter levels of $42.6 billion.