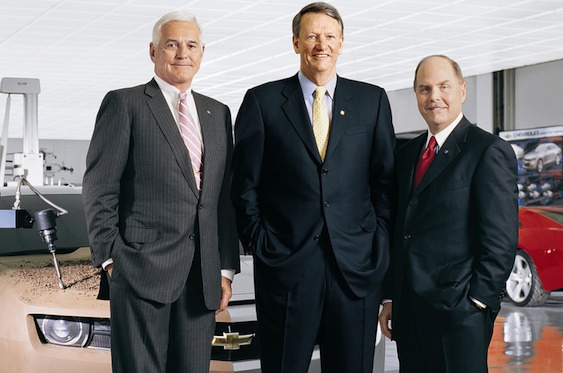 Former Wall Street investment banker Steven Rattner recently quit his job as the auto czar after five months of advising President Barack Obama on what to do with the auto industry. Rattner now spends his time at home helping his son with his schoolwork and spending more time with his family.

Rattner, who is also a former New York Times reporter, is now considering writing a book about his time spent in Washington. The basis of the book would be the 10,000-word article he wrote for Fortune for the Nov.9 issue of the magazine. The article was cut down to 6,000 words.

One of the most interesting parts of Rattner’s article for Fortune is when he gives a behind-the-scenes look at the ouster of GM’s Rick Wagoner.

Here is a quick excerpt from Rattner’s article:

Everyone knew Detroit’s reputation for insular, slow-moving cultures,” Rattner wrote. “Even by that low standard, I was shocked by the stunningly poor management that we found, particularly at GM, where we encountered, among other things, perhaps the weakest finance operation any of us had ever seen in a major company.

For example, under the previous administration’s loan agreements, Treasury was to approve every GM transaction of more than $100 million that was outside of the normal course. From my first day at Treasury, PowerPoint decks would arrive from GM (we quickly concluded that no decision seemed to be made at GM without one) requesting approvals. We were appalled by the absence of sound analysis provided to justify these expenditures.

The cultural deficiencies were equally stunning. At GM’s Renaissance Center headquarters, the top brass were sequestered on the uppermost floor, behind locked and guarded glass doors. Executives housed on that floor had elevator cards that allowed them to descend to their private garage without stopping at any of the intervening floors (no mixing with the drones).

In my relatively few interactions with chairman and CEO Rick Wagoner, I found him to be likable, dedicated, and generally knowledgeable. But Rick set a tone of “friendly arrogance” that seemed to permeate the organization.

You can read more over at CNNMoney.com.

GM makes it official: Wagoner to step down immediately, Fritz Henderson will serve as CEO

March 30, 2009 Omar Rana Comments Off on GM makes it official: Wagoner to step down immediately, Fritz Henderson will serve as CEO

Rick Wagoner to get $8.2 million exit package from GM