General Motors Co. is gunning for the Asian market; big-time. According to freep.com, GM’s sales in China for the period covering January – September surged 55% over the previous year, with nearly 1.3 million units moved.

The overall market growth in China this year has been 34%, with a total of 9.6 million vehicles sold through September. China’s auto sales for the year are expected to soar to 12.6 million units, making China the world’s largest auto-market.

To get an idea of just how significant the Chinese market is to success in the international auto-market, consider the fact that GM’s international headquarters is now located in Shanghai. On a recent visit to the Shanghai offices, CEO Fritz Henderson made it a point to emphasize the company’s intention to grow in that market, emphasizing the 30 plus, new or ‘refreshed’ models that GM plans to introduce to the Chinese market in the coming five years.

“We strongly believe in the growth opportunity in China and will continue to invest here,” Henderson told reporters on Tuesday. “We”re going to keep our foot firmly planted on the gas pedal to grow our business here.”

The company also announced recently, a joint venture to produce commercial vehicles with state-run FAW Group Corp.; one of nine joint ventures working towards growth in the market.

Henderson also denies any intention to develop Shanghai as a major export base, as their priority at this point is to meet Chinese demand. 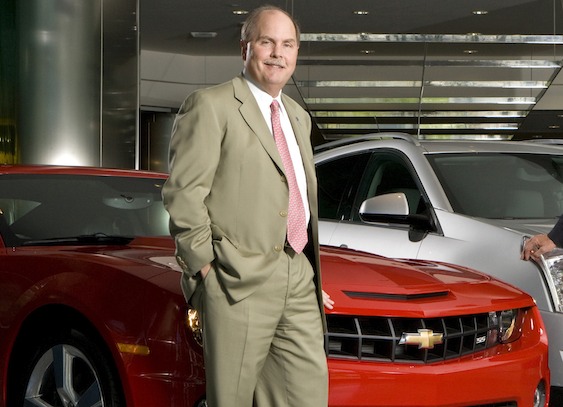