After unveiling the Ford Figo in India, FoMoCo CEO Alan Mulally headed to China to announce that the company is building a fourth plant in the country that will produce the next-generation Ford Focus for the consumers there.

The $490 million investment in Chongqing is the third joint venture between Ford and Changan Ford Mazda Automobile (CFMA) and is scheduled for completion in 2012.

The new plant will have an initial capacity of 150,000 units per year, increasing annual capacity at CFMA to 600,000 units by 2012. Ford said it will introduce four new vehicles for the Chinese market over the next three years.

We’ll see the next-generation Ford Focus at the 2010 Detroit Auto Show in January.

* The new plant initially will be capable of manufacturing 150,000 vehicles per year, increasing annual capacity at CFMA operations to 600,000 units by 2012. Over the next three years, Ford will be introducing four new vehicles for the Chinese market

The investment, valued at $490 million (RMB 3.34 billion), represents a significant step in Ford”s continuing aggressive expansion strategy in the Asia Pacific and Africa region. The new plant initially will be capable of producing 150,000 units a year, boosting total annual production capacity at CFMA operations to 600,000 units by 2012 to help meet increasing demand for Ford brand vehicles in China.

“Globally, we are committed to delivering a full lineup of Ford brand vehicles with best-in-class quality, fuel efficiency, safety and innovative technologies that our customers value and want to drive,” Mulally said. “Today”s announcement reinforces our commitment to the further expansion of our China operations to meet the continued rise in demand from Chinese consumers for world-class Ford products and services.”

The new plant ““ Ford”s second in Chongqing and third in China under its CFMA joint venture ““ will be located in Chongqing”s New North Zone industrial complex.

The new, highly flexible facility will be equipped with state-of-the-art automation and utilize Ford”s global manufacturing processes and systems. Capable of producing a diversified range of products in the future, the plant will begin manufacturing Ford”s next-generation Ford Focus in 2012.

The next-generation Focus, scheduled to debut in January at the North American International Auto Show, will be built on the company”s new global C-car platform. The new platform will be the basis for vehicles sold in all regions with total global sales expected to exceed 2 million units annually by 2012. The new global C-car platform ultimately will underpin up to 10 unique models, fulfilling the global demands for a variety of C-segment vehicles. The C-segment is currently the largest global segment. By 2013, C-segment vehicles are projected to account for nearly 28 percent of global sales.

“This new passenger car facility represents a significant next step in the ongoing expansion plan of Ford”s Asia Pacific and Africa region and underscores the central role of our China operations,” said John Parker, Ford Motor Company executive vice president and president, Asia Pacific and Africa. “With the continued support of the Chinese government and hard work and dedication of our partners in China, we will continue to drive our operations forward in what is arguably the world”s most dynamic auto market.”

This second plant in Chongqing will build upon Ford”s successful CFMA joint-venture operations that already manufacture a broad lineup of Ford brand vehicles for the China market. In addition to the car manufacturing plant already operational in Chongqing ““ where the award-winning Ford Focus, Ford Mondeo and Ford S-MAX are built ““ the joint venture has a state-of-the-art manufacturing facility in Nanjing, China, where the new, global Ford Fiesta is built.

Supporting these assembly facilities is the Changan Ford Mazda Engine Company (CFME) joint venture in Nanjing ““ one of the largest engine manufacturing facilities in China with an annual production capacity of 350,000 units.

“This new facility will allow us to continue to build and introduce the types of vehicles that Chinese customers really want and desire,” said Robert Graziano, chairman and CEO, Ford Motor China. “Over the next three years, we will be introducing to Chinese consumers at least four new Ford global products, reaffirming our commitment to the China market.”

After several years of considerable growth, CFMA has established itself as one of the leading passenger car manufacturers in China. CFMA is well known in China for its high-quality cars, as well as the development and introduction of advanced environmentally friendly technologies.

“We will introduce our EcoBoost engine technology in China next year, as well as other fuel-efficient technologies, such as our PowerShift transmission,” Graziano said. “We are committed to our vision of sustainable mobility in the China market, which is part of our global effort to be a good member of the communities where we live and work.”

Ford”s EcoBoost engines combine turbocharging and direct-injection technology to deliver fuel consumption and CO2 emissions reduction of up to 20 percent versus conventional, larger-displacement gasoline engines with similar power output. By 2013, Ford will be producing 1.3 million EcoBoost engines annually on a global basis for application across a wide array of vehicles from small cars to light trucks.

The company”s new PowerShift transmission technology will deliver the fuel efficiency of a manual gearbox with the convenience and ease of a premium automatic transmission ““ making it one of the key technologies that will help Ford”s global small car platforms set a new world standard for efficiency and drive quality. Ford has committed that nearly all of its transmissions will be six-speed gearboxes by 2013.

CFMA also is actively involved in the development of the surrounding communities, participating in programs that range from donations for disaster relief assistance to environmental preservation initiatives. Ford”s Driving Skills for Life program was launched in China this year, teaching both safe and fuel-efficient driving techniques to Chinese drivers. More than 3,100 drivers across 22 Chinese cities have already participated in the training program.

Ford”s other partner in China, Jiangling Motors Corporation in Nanchang, produces class-leading commercial vehicles, including the Ford Transit, one of the best sellers in China”s high-end light commercial van segment. 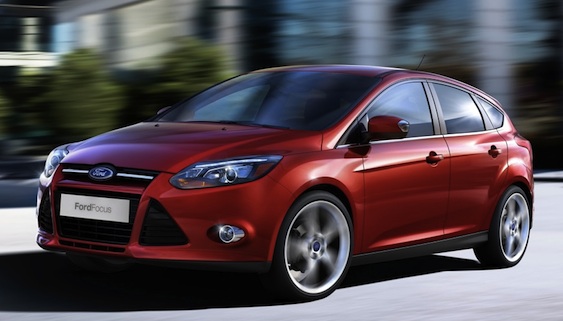