We’re all for going green and being environmental-friendly and all that – but don’t ever expect us to ride around in something that looks like the new L1 from Volkswagen. The new concept is an updated version of the 1-liter concept that made its debut in 2002. It gets a new design (which is still unappealing to us) and some impressive technical upgrades for 2009.

Throw in a high-tech 27-hp 0.8L TDI engine and put it together with a hybrid module that sits between the 7-speed DSG and the engine, and the L1 returns an outstanding 1.38 liters diesel per 100 km (or 170 mph in U.S. terms). Really, the Volkswagen L1 should be called the L1.38 but it’s okay to round down sometimes.

Either way, Volkswagen says it is aiming to have this dream become a reality by 2013.

To the Point: Breakthrough for the 1-Litre Car
Volkswagen presents the most fuel-efficient automobile in the world

Wolfsburg / Frankfurt, 15 September 2009 – Technological breakthrough for the 1-litre fuel consumption car: International Motor Show (IAA), Volkswagen is presenting the concept of the future L1 in a world premiere that points the way toward the production version. The full hybrid vehicle weighs just 380 kilograms thanks to its carbon-fibre reinforced body (CFRB). With a combined fuel consumption figure of 1.38 litres of diesel per 100 kilometres, this extremely aerodynamic (Cd 0.195!) Volkswagen suitable for everyday use is intended to become the most fuel-efficient automobile in the world. CO2 emissions of the 160 km/h L1 are similarly low at 36 g/km.

Retrospective: Seven years ago, Dr. Ferdinand PiÃ«ch, at that time Chairman of the Board of Management and today Chairman of the Supervisory Board of the Volkswagen Group, drove a prototype from Wolfsburg to Hamburg that was unlike any other car before it: the Volkswagen 1-Litre car ““ the world”s first car with fuel consumption of one litre fuel per 100 kilometres. The man and machine wrote automotive history. In April 2002, however, it was also clear that the time for a production version of the 1-Litre car lay far in the future. Production of the body itself ““ from carbon-fibre reinforced plastic (CFRP) ““ was not realistic due to cost considerations. Yet, in 2002 Dr. Ferdinand PiÃ«ch already prophesised that the time would soon come for the 1-Litre car and CFRP as a material for industrial applications. By 2009 the time had come: Volkswagen is making a clear statement at the IAA in Frankfurt (September 17 to 27) with the second generation of this ingenious car: The L1 represents a step forward into the future with completely new technology and a new design; revolutionary yet close to production readiness.

“It is an enormous challenge to control costs in producing the monocoque out of CFRP,” says Dr. Ulrich Hackenberg, member of the Board of Management for the Volkswagen Brand with responsibility for development. Both technically and visually, the CFRP body is already considered a significant achievement in car design. Unique on this car are the proportions of its dimensions. While the length of the L1 at 3,813 millimetres is still similar to that of a Volkswagen Fox, and its height of 1,143 millimetres nearly matches that of a Lamborghini MurciÃ©lago, the car”s aerodynamically optimised width (1,200 millimetres) has no comparisons in the world of today”s production cars.

In developing both prototype generations of the L1, Volkswagen simply questioned everything that typically characterised an automobile. The key starting point was body construction, and a core question was raised here: How would a car have to look and be built to consume as little energy as possible? The logical answer: extremely aerodynamic and lightweight. Yet these objectives had to be achieved under a non-negotiable precondition: a maximum of safety. The approach taken: a narrow two-seater with a CFRP body!

The seat layout fitting this design goal was dictated by the uncompromising aerodynamic form of a glider: One seat behind the other. Entry to the concept car is also similar to that of a glider; through a roof cover hinged at the side. On this second generation of the L1, the concept has been further honed; each component has been redesigned, a special chassis with aluminium components was developed, and above all the crucial CFRP technology from Formula-1 racing and airplane construction was transferred to automotive manufacturing. This has been combined with a unique form of hybrid drive to create a near-production vehicle. 2013 is the target year for this future dream to become a reality. 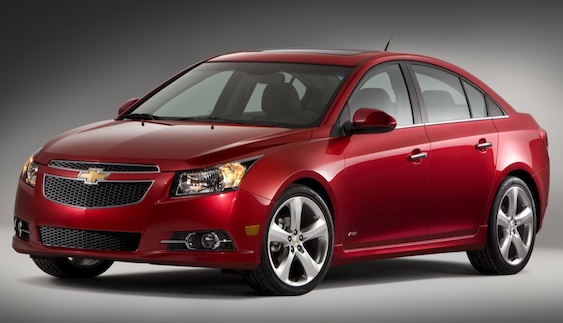