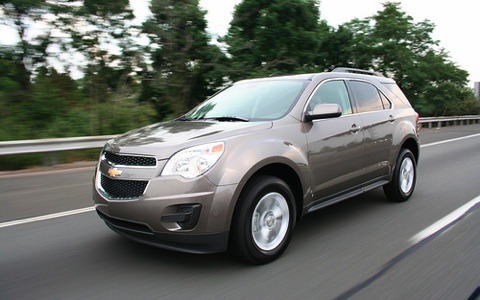 The Chevrolet Equinox has never really been a winner in the compact crossover / SUV segment. With sub-par styling and a somewhat disappointing power-train lineup, the Equinox has been often overlooked when compared to its key competitors; the Honda CR-V, Toyota RAV-4 and the Ford Escape. That however, is all about to change in 2010.

For ’10, the Equinox gets totally redesigned with a theme inspired by the Malibu and the Traverse; a brand new interior with a bunch of features, and a new 2.4L direct injected 4-cylinder that delivers an EPA-estimated 32 mpg on the highway. In fact, this is the type of vehicle that makes us think “what the heck was General Motors doing all-along.”

We feel it’s safe to say that when compared to its competition, the 2010 Equinox is by far the most aesthetically pleasing; with its strong fender shapes, distinct roofline, wraparound headlamps, and dual round taillamps; taking exterior design cues from the Malibu and Traverse.

As far as dimensions are concerned, the 2010 Equinox rides on the same 112.5-inch wheelbase as the previous generation, however, it is about 1-inch shorter in length and about an inch wider. GM says that it also has a wider front track that enhances the ride and handling. Despite being shorter (even if it is by an inch), the 2010 Chevrolet Equinox looks and feels much bigger than its predecessor and its competitors. The car’s large and aggressive stance is completed by Chevrolet’s new signature global face – a two-tier grille and prominent gold bowtie – and a range of 17-, 18- and 19-inch alloy wheels.

Sit inside and turn the key; the first thing you are sure to notice is that the 2010 Chevrolet Equinox is extremely quiet and very comfortable. After you get situated, you’ll notice that General Motors’ designers and engineers spent a lot of time improving the interior build-quality of their new crossover. It’s also quite roomy and includes a large number of storage bins, such as an oversized glove box; a closed storage bin in the instrument panel above the center stack; and closed storage under the center armrest large enough for a laptop computer (literally).

Most of the interior design seems to be inspired by GM’s upcoming Chevrolet Cruze (you can expect that theme to follow up in many Chevy vehicles in the near feature).

Our 2010 Equinox 1LT had a very comfortable leather-wrapped steering wheel with red stitching, and was equipped with buttons for basic cruise control and audio functions. Between the tachometer and speedometer, sat a basic vehicle information display that provides such data as; average fuel-economy, instantaneous fuel-economy and average vehicle speed. It also features a digital speedometer and compass.

The floating center console houses many of the audio and HVAC controls. On the LS and 1LT models, there is a standard display, with ice-blue lighting (the ice-blue lighting also provides the ambiance carried on throughout the vehicle including the cup-holders and the door pull cups). On the 2LT and LTZ models, buyers can opt for a 7-inch touchscreen navigation system with 40 GB hard-drive. The rearview mirror also features a camera system that comes standard on the 2LT and LTZ trim-levels, and optional on the 1LT model.

Other impressive interior features include; an optional, DVD-based, rear-seat entertainment system (with two independent screens, enabling DVD viewing on one and gaming on the other), a premium audio system that puts out 250 watts through 8 speakers, and XM Satellite radio. We were disappointed that we didn’t get the opportunity to test any of those bells and whistles, but we did love the dedicated child-lock system button.

When it comes to seating, our 2010 Chevrolet Equinox 1LT offered very comfortable, premium cloth seats with red stitching. Perforated, leather appointed, heated seats are available on the 2LT and LTZ models. All 2010 Chevrolet Equinox models feature a front-seat fore-aft range of 10 inches. The new Equinox also keeps its MultiFlex rear seat capability, which allows the rear-seats to be moved fore or aft nearly 8 inches. With the 60/40-split-back rear seat moved all the way forward, the cargo area offers 31.4 cubic feet of storage space. With the seats folded down you get 63.7 cubic feet.

While the 2010 Chevrolet Equinox is available with a 264-hp 3.0L direct-injected V6, our test-vehicle was powered by 182-hp 2.4L Ecotec direct-injected engine with a maximum torque of 174 lb-ft. As boring as that may sound (and at times it was), we were very impressed by the acceleration, quietness of the 4-cylinder (especially when traveling at high speeds), and the smooth transition between shifts. We recorded a 0 to 60 mph time of 9 seconds, and GM says that the 2010 Equinox can keep going to a top speed of 112 mph.

Throughout our week-long test, we were surprised to average a combined fuel-economy of 23 mpg – and no, we weren’t trying to get the most fuel-economy out of the vehicle; we weren’t afraid to step on the accelerator when needed and had the air-conditioner running, since we were observing 90 degree plus, weather. As for official figures, EPA-estimated fuel-economy for the 2.4L Ecotec 4-cylinder powered Equinox comes in at 22/32 mpg (city/highway).

Oh and don’t plan on going off-roading or feeling confident when plowing through snow-covered streets unless you’ve opted for the $1,750 all-wheel-drive option. For those who wish to use the truck for towing, GM says that the 2.4L model can tow up to 1,500 lbs while the 3.0L V6 model can tow up to 3,500 lbs.

Since at the end of the day it is still a GM vehicle, you probably won’t be inclined to believe us when we say that the 2010 Chevy Equinox eats the competition and spits them out. We recommend you head over to your local Chevrolet dealer and give the 2010 Equinox a chance if you’re in the market for a compact crossover. 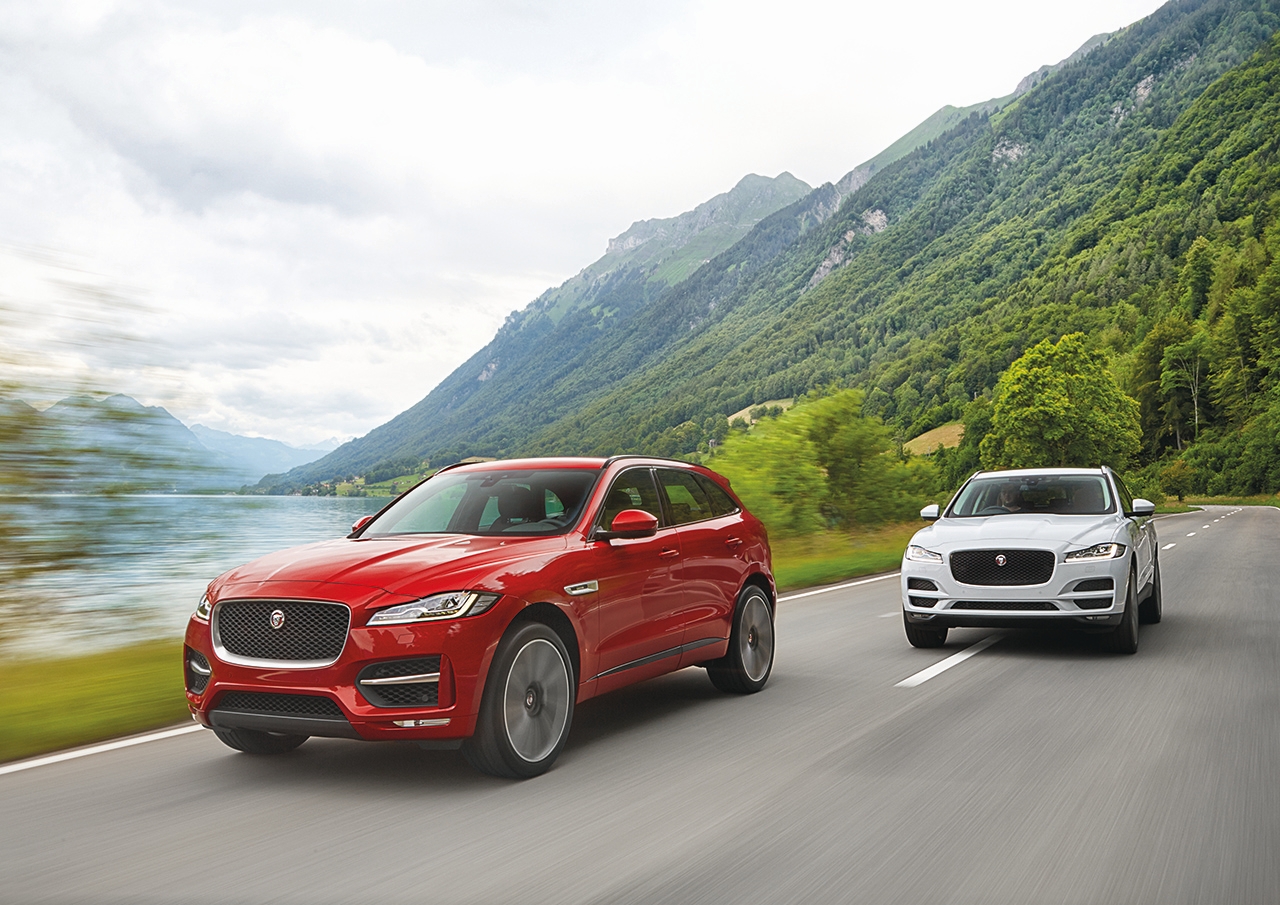 Porsche considering Panamera and Cayenne diesel for the U.S.

January 24, 2011 Omar Rana Comments Off on Porsche considering Panamera and Cayenne diesel for the U.S.

Subaru to offer CVT transmissions on all models within two years

September 8, 2009 Omar Rana Comments Off on Subaru to offer CVT transmissions on all models within two years