Over the weekend, Spyker unveiled its new C8 Aileron Spyder at the 2009 Pebble Beach Concours d’Elegance.

Power comes from an all-aluminum V8 engine making 400-hp and a peak torque of 354 lb-ft mated to a 6-speed manual gearbox that drives power to the rear-wheels. An optional 6-speed automatic is also offered. 0 to 60 mph comes in just 4.5 seconds with a top speed of 187 mph.

Spyker said that the model is scheduled to go into production during the first half of 2010.

PEBBLE BEACH, California (15 August 2009) – Spyker Cars, manufacturer of exclusive, handcrafted sports cars since 2000, today introduced the first prototype of the Spyder version of its all-new second-generation sports car, the Spyker C8 Aileron. The Spyker C8 Aileron Spyder was unveiled at the Spyker lounge on Peter Hay Hill on Saturday, and subsequently displayed on the concept lawn at the 59th Pebble Beach Concours d’Elegance on Sunday.

Spyker Cars announced the development of a convertible C8 Aileron Spyder in March at the Geneva Auto Show, during the introduction of the production version of the Spyker C8 Aileron. The car presented today is the first prototype for the open-top model, scheduled to go into production in the first half of 2010.

“Spyker Cars has taken the next step in our short but intense history with the launch of our second-generation sports car,” said Victor R. Muller, Spyker Cars’ founder and Chief Executive Officer. “We are currently presenting the first Spyker C8 Ailerons to customers, dealers and press around the world, and the response has been very enthusiastic.”

“The C8 Aileron Spyder is a logical extension to our range of vehicles, since we have both hard-top and convertible versions of the short-wheelbase model,” said Muller. “The Aileron Spyder will offer open-top motoring along with all the usual Spyker characteristics, striking aviation-inspired styling and hand-crafted quality, based on the exclusive use of noble materials.”

The Spyker C8 Aileron Spyder sports a high-quality, semi-automatic canvas soft-top. The roof’s operation is electric/hydraulic, secured by one central latch operated manually. Once folded, the soft-top is totally enclosed within the body of the car, allowing for an undisturbed profile. The roof retracts under an aluminium tonneau, with two buttresses upholstered in quilted Hulshof leather (matching the car’s interior) and featuring the company’s motto “Nulla Tenaci Invia Est Via” (“For the tenacious, no road is impassable”).

The soft top has a glass rear window and is available in eight colours.

The Aileron Spyder features a luggage rack, CNC-machined from solid billets of aluminium, mounted immediately behind the roll hoops, on which a wing-shaped aluminium case is strapped. The case is trimmed in the same quilted leather as the interior and buttresses.

The Aileron is characterized by a distinctive design, lightweight all-aluminium body construction and an uncompromising engineering package. The Spyker C8 Aileron is handcrafted,using only the finest bespoke materials to create a unique automotive statement.

The Aileron features an all-aluminium V8 engine producing 400 bhp and generating 354 lbs of torque at 3,400 rpm. The engine is paired to a manual six-speed gearbox, driving the rear wheels via a limited slip differential. For the first time, Spyker is offering an optional automatic transmission on the C8 Aileron. The Aileron delivers a top speed of 300km/h (187 mph) and accelerates from standstill to 60 mph in a mere 4.5 seconds.

Chassis
The Spyker C8 Aileron’s all-aluminium space frame was completely redesigned with the objective to increase torsional rigidity and to incorporate an all-new suspension system designed and supplied by Lotus. These characteristics provide an ideal foundation for enhanced vehicle dynamics.

Moreover, the C8 Aileron’s dimensions have been optimised for more interior space and to accommodate the optional automatic gearbox. Compared to the short wheelbase of the firstgeneration cars – the Spyker C8 Laviolette and C8 Spyder – the wheelbase of the C8 Aileron is 150 mm longer, providing more driving comfort and stability at high speeds. Its front track has increased by 6.1 inches (155 mm). The total dimensions of the front and rear track are now 63.98 inches (1625 mm) and 64.76 inches (1645 mm) respectively, which improves road handling significantly.

Spyker has put tremendous effort in the spaceframe performance of the C8 Aileron, specifically the structure’s efficiency. The utilisation of modern finite elements and numerical optimisation methods has allowed Spyker’s engineers to arrive at an exceptionally stiff structure of 29.500Nm/degree. Rigid-node and load-path technology has been employed in order to ensure that the minimum amount of aluminium is used to achieve this performance, thus reducing the overall weight of the vehicle. The dynamic stiffness characteristics of the structure have been carefully tuned in order to minimise unwanted cabin noises and vibrations, which may otherwise detract from the driving experience. These technologies and measures have allowed Spyker to arrive at the most efficient chassis in its history and certainly one of the best in class.

Design
The design of the hand-crafted Spyker C8 Aileron and Aileron Spyder represents the latest evolution of Spyker’s signature architecture, which is heavily inspired by the company’s aviation heritage. In the first-generation cars, the propeller design was consistently applied to many elements of the vehicles. Within the design of the new Spyker C8 Aileron, the emphasis was shifted from the propeller propulsion to the turbine propulsion. As a result, for instance, the bright polished air inlets were converted into turbine-engine-shaped air scoops.

In order to enhance the aerodynamic performance of the car, several changes in styling were made. Most of the shark-like gills have been abandoned, which results in a cleaner, smoother appearance. The front end is now characterized by a larger grille that allows additional cooling. Also the rear diffuser was redesigned for improved functionality. An extra spoiler has been placed under the diffuser, providing additional down force to boost the ground effect produced by the diffuser.

Sometimes practicality gains over design: the split side windows with the characteristic metal frame have been replaced by single-pane side windows that are fully retractable, improving driving comfort.

The outside mirrors, standard in body colour, were redesigned and the mirror body is mounted on two turbine fan blades.

The rear lights are made of LEDs (light-emitting diodes). LED lights were also used for the indicators and the sidelights in the redesigned headlight units. The style of the headlights is particularly eye-catching as they follow the body design more closely. This characteristic styling can be defined as a part of the (future) Spyker identity first seen on the Spyker C12 Laturbie and subsequently in the Spyker D8 Peking-to-Paris, which will use the identical headlight units to those of the Aileron.

Drivetrain
The Spyker C8 Aileron uses the Audi 4.2 litre V8 engine, delivering 400 bhp and is available with two transmission alternatives. The first one is a 6-speed Getrag manual gearbox, with ratios perfectly matched to the V8 engine. A ZF 6-speed automatic gearbox is optional, which comes standard with paddle shifts behind the steering wheel. Both transmissions retain Spyker’s trademark exposed gear change mechanism.

Interior
Thanks to its longer chassis, the Spyker C8 Aileron has more interior space, which results in a higher comfort level and improved ergonomics. The interior, with its signature Spyker attention to detail, is made of the highest quality leather, from the Litano range of the Dutch Royal Tannery Hulshof. The leather interior is available in 14 standard colours, but any other colour – if desired by the customer – can be ordered as an option.

The brushed aluminium dashboard was completely redesigned to suit the new Spyker identity and to improve ergonomics and functionality, including driver and passenger airbags. Air vents are designed in turbine style and the performance and distribution of the air conditioning was improved significantly. A multifunctional LCD display is integrated between the speedometer and the odometer. The middle console accommodates the standard Kharma sound system (see In-Car Entertainment). A turned aluminium dashboard, as well as Chronoswiss (Spyker’s watch manufacturing partner) dials and switches, are available as an option.

More space was created around the Spyker’s characteristic floor-mounted pedal box. The impression of professional functionality and ergonomic styling is enhanced by the optimised positioning of the door handle and the hand-brake lever.

In-Car Entertainment
With more cars going into the market and the increased popularity of the iPod and similar products, demand rose for a standard factory-fitted sound system. As a result, every Spyker C8 Aileron will feature a Kharma audio system as standard equipment, incorporating a digital radio, Bluetooth interface, iPod connectivity and a navigation system. The Kharma sound system offers a turbine-shaped control mounted on the central gearlever bar and a dashboard display, paired to six Kharma loudspeakers. It can be upgraded with an optional audio package.

The presence of a Kharma sound system in the Spyker C8 Aileron marks Kharma’s debut in the world of automotive entertainment. Kharma International produces high-end audio products, sold worldwide through a network of highly qualified distributors and dealers. All Kharma sound systems are developed, assembled and tested in the Netherlands, with the utmost care by a team of highly engaged specialists. These characteristics of high-quality products and exclusiveness are fully in line with Spyker’s brand values of craftsmanship and exclusivity.

Suspension & Wheels
The C8 Aileron is fitted with a brand new front and rear independent double-wishbone suspension system developed by Lotus. The new suspension system includes a new kinematic layout of the front and rear suspension, front and rear stabilizer bars, mono-tube dampers, coil over damper steel springs, anti-dive and anti-squat setup for improved handling properties. The suspension components are made of forged aluminium where possible, to keep the vehicle’s unsprung weight as low as possible. Shock absorbers are placed vertically within the wishbones.

The AerobladeTM wheels of the first-generation cars are replaced by newly-designed 19-inch alloy wheels. New 12-blade, 19-inch directional rotor wheels, branded RotorbladeTM, are available as an option. These wheels are inspired by the turbine blades of a jet engine, which hints at the new styling direction while respecting the aviation heritage. The 235/35 size tires in front and up to 295/30 at the rear provide exceptional handling.

By: The Daily Auto Editor 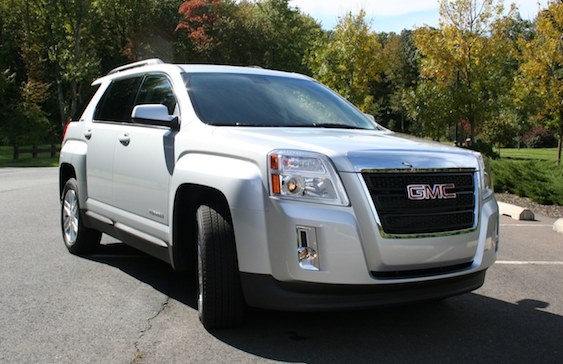 Porsche planning diesel and Panamera GTS, hybrid on the way