BMW announced today that after two months of field trials for the Mini E, the 450 drivers of the electric Mini Cooper have provided valuable, real-world data. The 450 units of the Mini E are in daily use in New York, New Jersey and Los Angeles where they are being driven by private customers, government officials, universities and commercial organizations.

BMW said that initial responses include a wide variety of input including:

Just last week BMW announced that it has chosen SB LiMotive as the supplier of lithium-ion battery cells for the future “Megacity Vehicle” project.

These vehicles are now in daily use in metropolitan New York, New Jersey and Los Angeles, where they are being driven by private customers, municipalities, universities, public utilities, non-profit and commercial organizations.

Since the field trials began in June, these experiences have been fed back to MINI USA, with users describing what it is like to live with, and to drive a vehicle that has a purely electric drivetrain. Initial responses include a wide variety of input including:
o Optimization of the energy consumption through brake regeneration
o Managing the trip to the amount of range available
o Feedback on continued development regarding on-board efficiencies

A research partnership between the BMW Group and the University of California at Davis (UC Davis) has been established to further focus on real-world experiences with the MINI E, and is expected to provide valuable insights into real-life usage and perceptions about electric vehicles during the trial period. The study is gathering information from 50 voluntary participants, a subset of the 450 MINI E customers in the US, through online travel diaries, written questionnaires and a series of interviews conducted throughout the one-year study.

Several MINI E pioneers have started blogging about their experiences on the web, reporting on detailed aspects of their day-to-day experiences of their plug-in MINI.

“The feedback and data provided by these early users is valuable because it comes from real-world, everyday use and not some laboratory experiment,” said Jim McDowell, Vice President, MINI USA. “Whether it’s coming from the UC Davis research, consumer blog sites or from direct feedback to our company, this trial is giving us an important insight into the practicalities of using an electric powered vehicle in this country.”

Residential charging stations have been installed in the garages of MINI E drivers. There are two high voltage charging systems – the 220 volt 32 amp system allows a full charge in three to five hours, while a 48 amp system allows a full charge in two to three hours. Every MINI E comes with a 110 volt cable that allows MINI E drivers to also charge the car at locations away from home charging points.

MINI customers have always had a unique sense of camaraderie and this project has taken it to the next level. One group of customers has created a web site to share their charging stations with other MINI E pioneers for “charging on the go”: http://www.waterway4.com/mini-e/.

The 100-mile range on a single charge that is being reported in the trials is an accurate reflection of the typical range of the MINI E on a full charge driven in the variable conditions of the real world. Although one contributor to a dedicated MINI E Facebook group has reported that he has achieved 141.2 miles on a single charge. The driving range of an electric vehicle depends on the driving style and environmental conditions, much more so than a conventional vehicle and is an important real-world consideration for future attention and product development.

In preparation for the field trials, the BMW Group was involved in discussions with the Environmental Protection Agency (EPA) to help determine an official range for the MINI E and obtain EPA certification as well as the appropriate Electric Vehicle Energy Consumption labels. The company also worked closely with the California Air Resources Board (CARB) to obtain Zero Emission Vehicle (ZEV) certification.

This pioneering experiment has presented several challenges. As part of the installation process for MINI E residential charging systems, the project was complicated by the flexibility needed to meet a range of local community code compliance issues. There were some initial delays in supplying the 220 volt cables for the fast-charging wall boxes and in obtaining Underwriters Laboratory (UL) approval for the charging boxes from local building inspectors in some cities. These challenges are now resolved.

The MINI E is the first chapter of BMW Group’s Project i, the company’s long-term commitment to research and develop a new type of vehicle specifically to meet the needs of the world’s fastest growing mega-cities, where the majority of vehicle growth will come in the next 20 years.

Just last week BMW Group announced that it has opted for SB LiMotive as the supplier of battery cells for the first megacity vehicle. 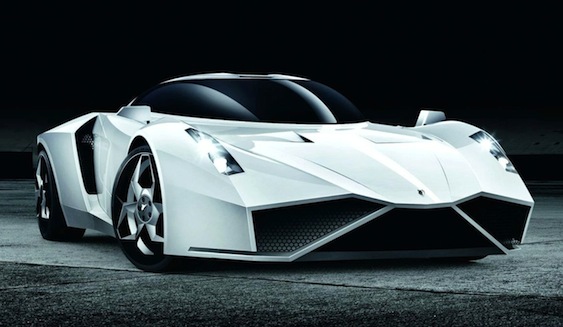 September 29, 2009 Omar Rana Comments Off on e-Wolf to tackle electric sports cars with e-1 and e-2