After much speculation and anticipation, Hyundai finally confirmed today that it is going to sell its flagship Equus premium luxury sedan in the U.S. as early as next year.

The Equus is making rounds at gatherings of luxury automobiles throughout the week and will be on display this week at the 2009 Pebble Beach Concours d’Elegance.

“We showed the car at the New York Auto Show earlier this year, and the response was fantastic,” says John Krafcik, Hyundai Motor America president and CEO. “Since then, we’ve had a fleet travelling around the country, capturing input from our dealers and consumers. Here, too, the response was extraordinarily positive, and similar to the market reaction to the award-winning Genesis, so we’ve decided to bring it to the U.S.”

Hyundai is expected to change the name for the Equus when it comes to the United States. The final name, packaging, pricing and specifications will be announced closer to launch at the end of 2010.

HYUNDAI TO SELL ITS FLAGSHIP SEDAN IN U.S.

Crafted to rival Mercedes, BMW, Lexus and the world’s most prestigious luxury automobiles, marking another step in Hyundai’s growth as a leading brand

PEBBLE BEACH, Calif., August 12, 2009 – Hyundai is shaking things up at the annual Pebble Beach Concours d’Elegance by announcing its intention to launch its most premium luxury sedan in the U.S. next year.

Hyundai’s flagship, badged as the Equus in the Korean market, will be on display and on the roads surrounding the annual gathering of collectible classic luxury automobiles throughout the week, giving attendees a glimpse of the company’s most prestigious model.

Hyundai’s flagship sedan, developed under the codename “VI,” launched this year in Korea. The Equus nameplate used there has adorned the company’s flagship model for 10 years, where it enjoys a reputation for quality and luxury in a place where Japanese and European luxury marques such as Lexus, BMW and Mercedes are coveted.

Here in the U.S., the runaway success of the 2009 Hyundai Genesis, which has garnered worldwide critical acclaim and remarkable sales success, gave Hyundai reason to consider expanding its brand further into the upper echelon of automotive luxury. But it was dealer and consumer response to a summer-long tour that saw Equus sedans visiting Hyundai showrooms across the country that solidified the decision.

DETAILS OF U.S. PLANS TO COME
Hyundai’s new flagship sedan is built on Hyundai’s all-new, innovative, premium rear-wheel-drive architecture, shared with the North American Car of the Year Genesis sedan and the performance-focused Genesis Coupe.
The new sedan will be sold in the U.S. beginning in late 2010. Pricing, packaging, specifications, and the final name of the car for the U.S. market will be announced closer to launch. 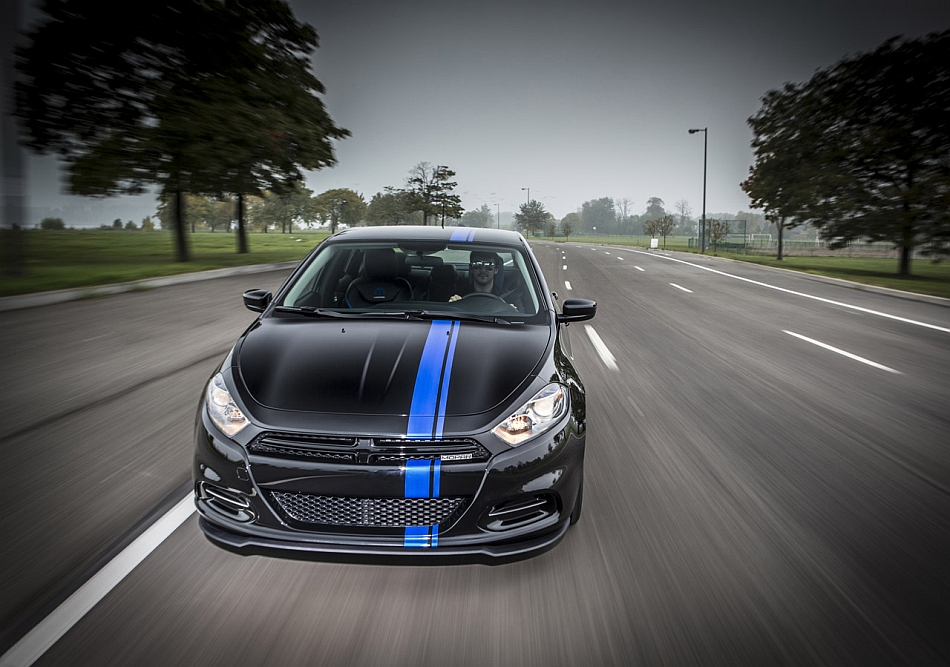 Report: Dodge could shoehorn a Pentastar V6 into the Dart

November 19, 2013 Chris Chin Comments Off on Report: Dodge could shoehorn a Pentastar V6 into the Dart