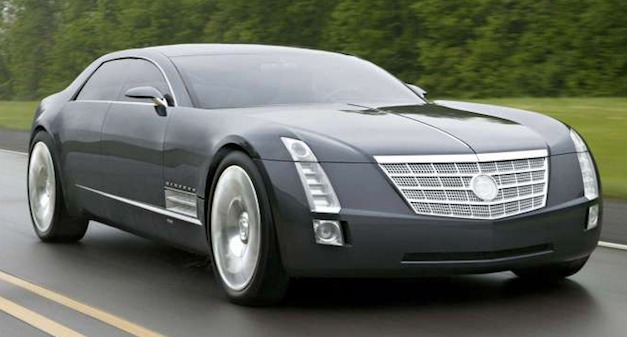 Continuing on with the surge of GM product news coming out this morning, we now have more details on the upcoming Cadillac ATS and XTS sedans. Both cars were shown to a select-group of media today in near-production form in Detroit.

The Cadillac ATS sedan seems to be a mixture of the of the CTS Coupe, CTS sedan with hints of the Converj concept. The back of the ATS features thick C-pillars with tail-lights similar to the ones found on the Converj concept car. GM said that new model will get “high-tech engines, rear-wheel drive and optional all-wheel drive.”

Key competitor for the ATS sedan will be the BMW 3-Series, Infiniti G37, Audi A4 and the Mercedes-Benz C-Class.

As for the XTS, the model will replace DTS and STS sedan. Design seems to be a mixture of the Cadillac Converj concept and the Sixteen concept seen in 2003.

GM said that it is holding back pictures and official details for now until both cars are further along the development process. We’ll bring you more details as soon as we get them.

Note: Cadillac is going to introduce 5 new models through 2011.

Holden looking to bring Pontiac G8 ST as a GMC, looking at Chevy and Cadillac for G8