The all-new Devon GTX supercar is scheduled to make its public debut at the 2009 Pebble Beach Councours d’Elegance on August 15. However, Devon Motorworks took its all-American supercar to the famed Mazda Raceway at Laguna Seca where it returned a lap record time of 1:35.075.

Following the GTX’s debut at Pebble Beach, the Devon Motorworks team will return to its LA headquarters to prepare the first production vehicles for sale to the public. The first Devon GTX will make its road debut during the first quarter of 2010.

August 5, 2009 (Los Angeles) The all-new Devon GTX supercar has yet to be introduced to the public but that didn’t stop it from making news. In testing at the famed Mazda Raceway at Laguna Seca, the first vehicle from California-based industrial design house Devon Motorworks (devonmotorworks.com) turned in a production car lap record time of 1:35.075. Already recognized for its breakthrough design, the Devon GTX record lap demonstrates the GTX will stand on its own with the world’s best supercars.

While this testing session was closed t othe public, the rest of the world will see the Devon GTX in person for the first time when it makes its debut at the Pebble Beach Councours d’Elegance on August 15, 2009.

“The Laguna Seca test session showed us just a glimpse of what the Devon GTX is capable of from a performance perspective,” said Devon Motorworks CEO and founder Scott Devon. “Through further validation and testing, we know this car is capable of even greater lap times and making an even stronger statement about the future of the American supercar.”

The test session at Laguna was the most recent in a series of rigorous validation sessions for the Devon GTX as the team builds to its public introduction in mid-August at the famed Pebble Beach event.

“There is no more important event in the world for cars in this class,” Devon added. “We realize that – by introducing the Devon GTX at the Concours d’Elegance – we are asking the world’s automotive elite to bless this car. With its bold design and outstanding performance characteristics, we are quite confident we will earn their approval.”

Two key activities will highlight an exciting weekend for the Devon GTX:

* On Saturday, August, 15, media will get the first live look at the Devon GTX at a press event on the Concours Ramp at the Lodge at Pebble Beach. The event will be hosted by Scott Devon and will feature key members of the Devon Motorworks team. Pricing and specifications will also be revealed at the event.
* The following day, on Sunday, August 16, 2009, visitors to the Concours d’Elegance will see the Devon GTX as it takes its place next to some of the most exciting classic and all-new marks on the famed putting green at Pebble Beach Golf Links.

Following an exciting and busy weekend, the Devon Motorworks team will return to its Los Angeles headquarters to prepare the first production vehicles for sale to the public. The first Devon GTX will make its street introduction in the first quarter of 2010. 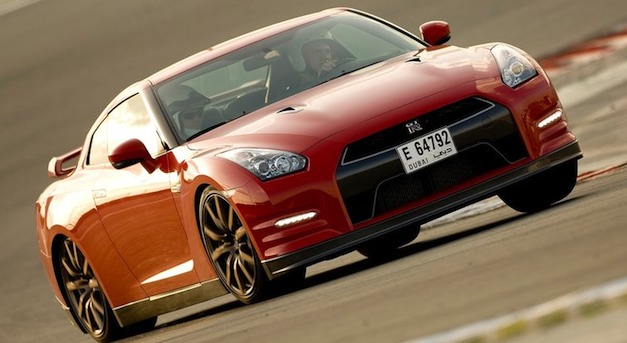 July 27, 2012 Omar Rana Comments Off on Report: Next Nissan GT-R may not even happen