Now that Hyundai has found huge success in the mid-sized luxury market with the Genesis sedan, the Korean automaker is setting its sights on the likes of the Mercedes-Benz S-Class, Lexus LS and the BMW 7-Series.

At the 2009 New York Auto Show, Hyundai brought over its Equus large-luxury-sedan. Of course, Hyundai has yet to confirm distribution of the Equus in the North American market, but it said that it was displaying the Equus in New York to see if it could catch the interest of U.S. consumers with a large luxury-sedan.

Well, it seems like Hyundai is taking it a step further. According to USAToday, Hyundai will ship over 100 units of the Equus to U.S. dealerships this summer to “quietly gauge what American customers think about the model.”

The model on display in New York was the Hyundai Equus VS460. It is powered by a 366-hp 4.6L Tau V8 mated to ZF 6-speed automatic transmission. 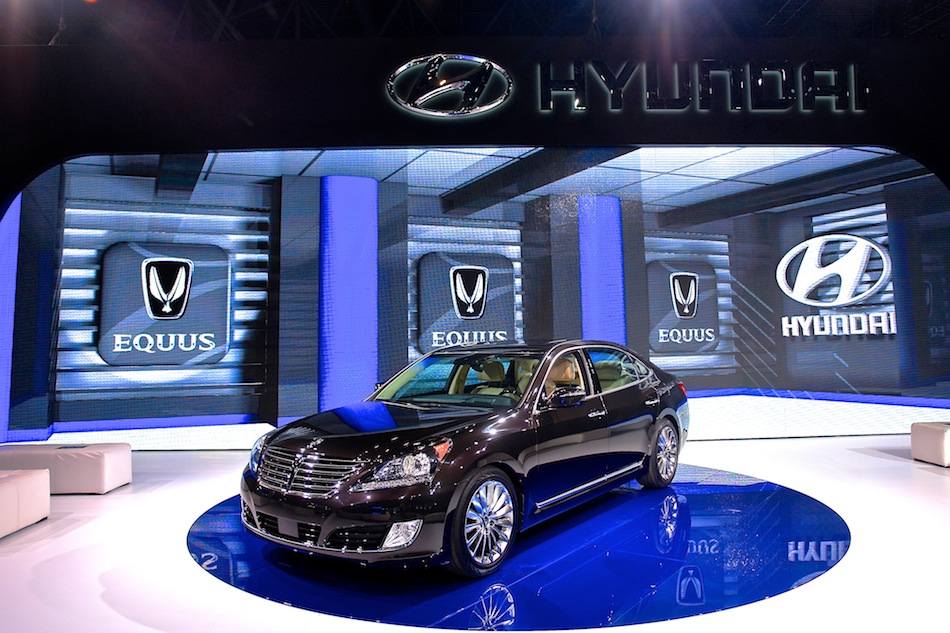 2013 New York: The Hyundai Equus receives a facelift and update for the 2014 model year