Along with the 3.6L FSI V6 and the 4.2L FSI V8, the V6 TDI clean-diesel will also join the Q7 family lineup when it goes on sale later this month. The Q7 TDI gets 25 mpg on the highway and over 600 highway miles of range.

Audi said it will announced pricing details closer to launch.

Follow the jump for the high-res photo gallery and the press release.

TDI clean diesel Summary
“¢ Audi TDI clean diesel is clean, quiet, efficient, and fast. Customers buy this technology because it saves them time and adds convenience because of its city/highway range, all in a very clean and high-tech manner.
“¢ Audi TDI clean diesel engines are held to the same emissions standards as gasoline engines in the U.S., plus offer the advantages of 30% better fuel economy than V6 gasoline engines of similar displacement. Audi recommends premium gasoline fuel for FSI direct injection engines, with similar pricing for ultra low sulfur diesel fuel available in the U.S.
“¢ With 25 mpg highway and over 600 highway miles of range, Audi has chosen the Audi Q7 to launch diesel to demonstrate the best of qualities of fuel efficiency and technology in a vehicle segment that is not known for these attributes.
“¢ Audi has been preparing the U.S. market for TDI clean diesel by racing the R10 TDI LMP1 prototype for the past three seasons within the American Le Mans series, with proven and equally consistent victories for all three competing years at the famed 24 Hours of Le Mans endurance race. The 650 hp and 800 lb-ft of torque within the R10 TDI is proof of Audi endurance, reliability, performance, and high levels of technology. It has always used the futuristic and high-potential GTL (gas-to-liquid) clean diesel fuel and has experimented with BTL (biomass-to-liquid) fuel in the 2008 24 Hours of Le Mans endurance race. The new R15 TDI sports car with a V10 TDI clean engine won its maiden competition at the March 2009 12 Hours of Sebring endurance race. Preparations are well under way for its first 24 Hours of Le Mans racing debut in June 2009.
“¢ Audi TDI clean diesel development since 1989: output up 100%, torque up 70%, cleaner by 95%, particulates reduced by 98%.

Why TDI clean diesel in the United States in 2009 with the new Audi Q7 TDI?
“¢ Audi has achieved Bin5/ULEV (ultra low emissions vehicle) II 50-state status. Audi clean diesel is measured on the same emissions basis as gasoline-based engines, but with 30% better fuel efficiency.
“¢ Advantages include very American driving aspects such as long range with over 600 highway miles between fueling stops for a convenient lifestyle, off-the-line power/torque, smooth and quiet ride.
“¢ When comparing diesel fuel prices 1:1 to Audi-recommended Super unleaded gasoline, the price differential will pay for itself over a few years time, and even sooner if resale value, and the Alternative Motor Vehicle credit is taken into consideration.
“¢ Clean diesel is progressive, in line with Audi worldwide brand values, with its advanced technology and performance without sacrificing efficiency.

Design
“¢ Sporty coupe-like roofline and dynamic sill line divides vehicle into a sporty looking upper section and a sturdy / substantial lower section.
“¢ One-piece wraparound tailgate made of aluminum with dynamic S-joint; unique to Audi.
“¢ Striking single-frame grille is a symbol of power and presence.
“¢ Typical Audi interior design is modern and sophisticated, with clear attention to detail; 14 cupholders, including 1 liter bottle holders in each door; up to 28 rear seat configurations possible.
“¢ 5-star crash test ratings from NHTSA NCAP, “Top Safety Pick” from IIHS
“¢ Interior design was developed with the U.S. in mind, with ample storage room, numerous cupholders, and overall spaciousness.
“¢ 3.0 TDI V6 clean diesel advantages include superior packaging over competitors, with AdBlue filling area secured next to fuel filling area within exterior fuel door (not in the interior). 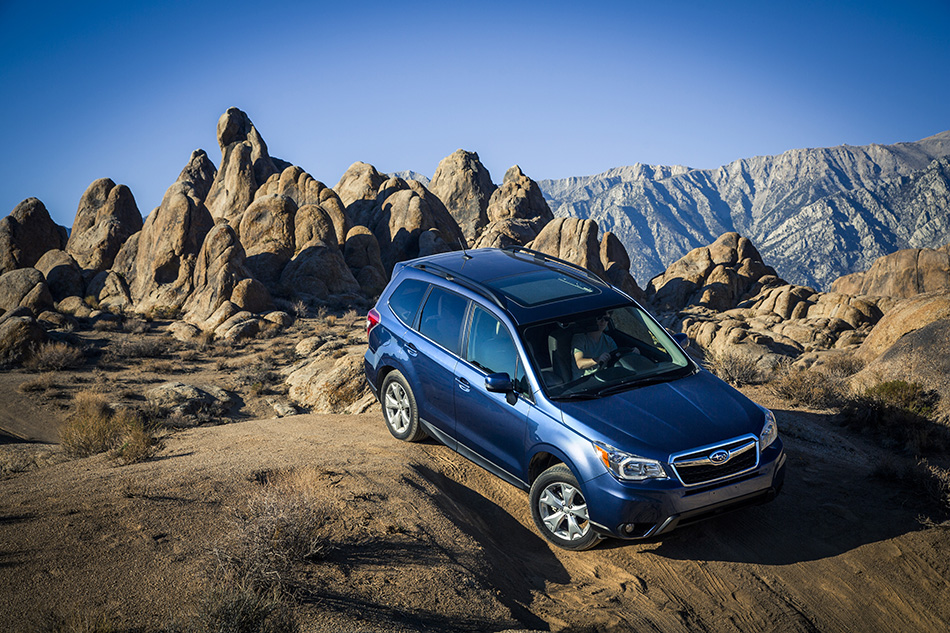