Under the industrial glory of the Space X rocket factory in Hawthorne, California, Tesla brought us the world’s first look at its Model S sedan to be built at an unspecified location in Southern California.  Unsatisfied with just a Sunday cruising roadster, Tesla sought to develop a sedan that would not only work for every mid to high level executive but also for those looking for an every day clean-power luxury sedan.  While the 300-mile range (with an optional upgraded battery pack, standard Model S’s come with a 160-mile range pack) exceeds the roadster’s 240-mile range, the price point is the real kicker: at $49,900 (after a $7,500 tax credit) it starts at less than half of the roadster’s base price.  Elon Musk, Founder & CEO, mentioned that when you compare the Model S on a lease price basis to gasoline engined cars and account for fuel costs, the Tesla’s price is more in line with a Ford Taurus.  It was unclear, however, if he meant the comparably fast Taurus SHO or not, which starts at $37,995.

Nevertheless, the Model S is clearly a luxury sedan that is priced aggressively.  A plan to lease the battery packs is not part of Tesla’s roll out strategy, but they are open to 3rd party providers that might plan to carry out this service.  Also, the battery pack can be swapped out in less time than it takes to fill a gas tank, which indicates to us that Musk certainly might envision a future with battery swapping stations operating in place of gas stations.

Let’s just get into what you guys really want to know: 0-60 in 5.6 seconds and a top speed of 130mph.  That acceleration puts it right on par with other mid-level luxury sedans with high-end 6-cylinders or low-end V8s, which probably also tip the scales at the ‘just over 4,000lbs’ that the Model S will.  Some of the pontential comparable products Musk mentioned include the BMW 5-series and Mercedes CLS.  One look at the Model S will tell you that the Jaguar XF clearly belongs in the competitive set as do other clean-energy luxury sedans such as the Lexus GS450h and the Fisker Karma.  It undercuts those rivals by $6,500 and $38,000, respectively by the way.  I asked Musk about ride/handling and weight distribution and he mentioned the ride/handling will be comparable to the aforementioned 5-series and CLS with a F/R distribution of around 45/55 to 50/50.  A balanced car it shall be indeed.

What captured the attention of this intrepid reporter, however was that the Model S has seven passenger capability, can fit either a mountain bike (with the front wheel still on!), a surfboard or a 50″ plasma TV.  Musk was quick to point out that it won’t fit those and seven passengers, however.  While I started to wonder if I had inadvertently dozed off and awoke to Musk detailing out plans for a future EV SUV (naturally with ABS, TCS and DVD for the ICE playing on the IP), the Model S will, in fact have 2 rear-facing child only seats.  If you’re wondering, the answer is yes, Musk has 5 children and plans to go on family vacations with no child left behind.  Speaking of Musk’s 5 children, he was adamant that the Model S, while so far only crash-tested in virtual space, is designed to meet 5-star rated crash tests and he would except nothing less than gold standard safety for any car that he plans to drive his children around in.  The S will have the same full roster of safety equipment as the roadster, but will not need stability control as the powertrain and battery are mounted in the floorpan giving the S an extremely low center of gravity and likely a very low polar moment of inertia (if you don’t know what that means, go use wikipedia or something).  That will also free up space under the hood for cargo, meaning the S can fit 7 souls and their non-emotional baggage.

Future iterations will include a sport model with 60 arriving in under 5 seconds and a four-wheel drive model.  While this car seems tailor made to the discerning SoCal market (not to mention, even being built here!), it will truly be a global vehicle.  The roadster is already available in Europe, Asia and the Middle East and so too, will the Model S.  It will begin production in mid-2011 reaching annual production of 20,000 units per annum after 1 year, at which time it will also be available in right-hand side drive for UK, Japan and other markets.  Musk wanted us to know that the Model S is real, and assured us it is more than a concept, that it will definitely reach market.  He even went on to say that he believes that the roads of Southern California will be filled with nothing but electric vehicles and this would be a matter of ‘when’ not ‘if.’  Musk even piloted a Model S on the road to hopefully give us that vision too.

At a Glance: Production Model S

With a 300-mile range and 45-minute QuickCharge, the $49,900 Model S can carry five adults and two children in quiet comfort ““ and you can charge it from any outlet, without ever stopping for gas. World”s first mass-produced electric vehicle offers performance, efficiency and unrivaled utility with twice the energy-efficiency of hybrids, making Model S the only car you”ll ever need.

Model S powertrain includes a liquid-cooled 9-inch motor, floor-mounted battery pack and a single-speed gearbox, delivering effortless acceleration, responsive handling and quiet simplicity — no fancy clutchwork or gear-shifting required. Model S costs as little as $4 to fully charge ““ a bargain even if gasoline dropped to $1 per gallon. You can have affordable fun while being socially responsible.

The Model S Show Car is a drivable vehicle that exemplifies Tesla”s “no compromises” philosophy ““ an elegantly refined luxury sedan delivering optimal performance without sacrificing efficiency. Designed by Franz von Holzhausen, the car”s aggressive stance gives way to a modern silhouette, with minimal front and rear overhangs for maximum space efficiency. The car”s mature face defines the future of the Tesla brand and incorporates the touches from the Tesla Roadster. Environmentally friendly materials are incorporated throughout, including water-based paint for the exterior, chrome-free vegetable tanned Italian leather on interior, and 100 percent recycled PET carpeting from Futuris.

August 2, 2010 Omar Rana Comments Off on Saab preparing to launch electric-vehicle test fleet based on next 9-3 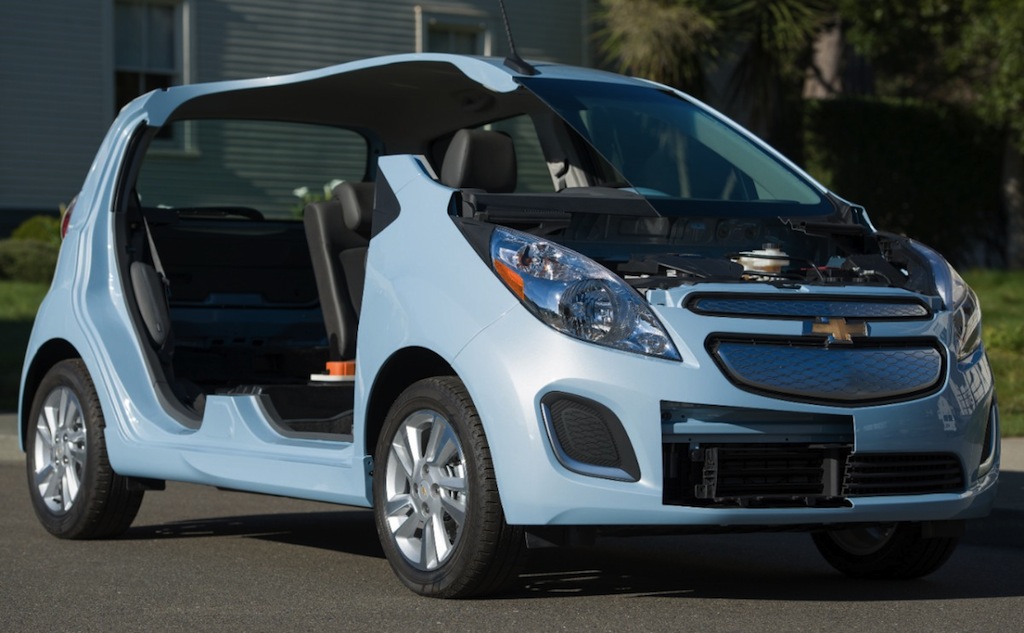