The production version of the Spyker C8 Aileron has made its world debut at the 2009 Geneva Motor Show. As with all previous Spyker vehicles, the new C8 Aileron was inspired by the company’s aviation heritage. The name Aileron pays tribute to that heritage. That’s great, so what’s this car all about?

The Spyker C8 Aileron is powered by an Audi 4.2L V8 engine making 400-hp with a maximum torque of 354 lb-ft. It is mated to a 6-speed Getrag manual gearbox as standard but buyers can also opt for a ZF 6-speed automatic gearbox which comes with paddle shifters behind the steering wheel. All this power allows for a 0 to 60 mph run in 4.5 seconds with a top speed of 187 mph.

Pricing of the new Spyker C8 Aileron starts at 189,990 euros with the manual gearbox and 195,990 for the automatic option. Deliveries are scheduled to begin in May.

Zeewolde, the Netherlands, 3 March 2009 – Spyker Cars, manufacturer of exclusive premium sports cars since 2000, today proudly introduces the production version of its all-new second-generation sports car: the Spyker C8 Aileron, the prototype of which was shown at Geneva in 2008.

Victor R. Muller, Spyker Cars’ founder and Chief Executive Officer said on the occasion of the unveiling: “When we unveiled the C8 Aileron prototype here last year, we wanted to make a clear statement to the industry that Spyker was about to take the next step in its short but intense history, by introducing its second-generation sports cars, developed from scratch. Within a year we transformed that prototype into the production-ready car we show here today. The first cars are being built now with customer production and deliveries starting in May 2009.

The C8 Aileron’s design is heavily inspired by Spyker’s aviation heritage, as was the case with all previous models, but with a clear emphasis on the second-generation aircraft propulsion: the turbine rather than the propeller that adorned so many elements of the first-generation cars. Similarly the “Aileron” name pays tribute to that aviation heritage. It is the device that makes an aircraft turn and symbolizes the turning point that the Aileron is for Spyker: the car which will turn the company towards long-awaited profitability.” 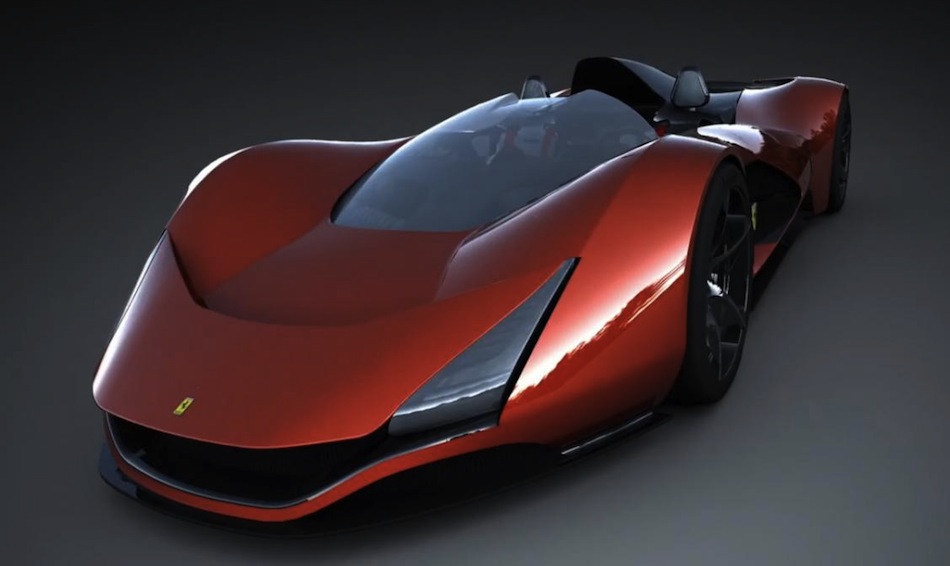 February 13, 2012 Omar Rana Comments Off on Ferrari Aliante Concept: A designers shot at a two-seater roadster