Lotus is showing off the 2010 Lotus Exige S here in Geneva. The facelift to the Exige S consists of slightly restyled front-end and a new rear wing. The restyled front end gives the Exige S larger air intakes to allow more air through the radiator while the new rear wing reduces drag and maintains downforce.

However, with all that power and speed, the Lotus Exige S is still pushing some impressive fuel-economy figures. Lotus says that the combined fuel-economy has been increased to an impressive 8.5 litres/100 km (or 28 mpg in U.S. terms).

The Lotus Exige is a renowned high performance coupe that has a well earned reputation of choice for drivers who demand uncompromised performance, both on the road and on the track.

Lotus has always pursued efficiency and fuel economy and for the 2010 Model Year Lotus Exige S, Lotus has reduced the emissions to only 199 g/km CO2 and increased the fuel economy to an impressive 8.5 litres/100 km on the Official European Combined Cycle and a frugal 6.5 litres/100 km on the Official European Extra Urban Cycle.

The 2010 Model Year also sees the introduction of a few key changes to the Exige to enhance the look and improve aerodynamic performance.

A restyled front end and new larger, rear wing that not only reduces drag, but also gives a more muscular stance enhancing the lightweight shrink-wrapped look of the whole car.

The composite rear wing is based on the design from the Exige GT3 road car concept shown at the Geneva Motorshow in 2007. Compared to the 2009 Model Year Exige tailgate mounted wing it is 181 mm wider and mounted 46 mm higher and 61 mm further back. It is attached to the rear bodyshell clam via rear end plates which not only increases the stiffness of the whole structure but also ensures that as much of the airflow as possible passes over the rear wing. This careful airflow management increases stability, reduces drag and, most importantly, maintains the impressive downforce figures of 42 kg at 160 km/h.

The restyled front end includes a larger, more angular air intake mouth to help funnel more air through the radiator, to improve the efficiency of the engine system. Ahead of the front wheels on either side of the main aperture, two larger air intakes increase the airflow to the twin oil coolers. Horizontal vanes bisect these oil cooler air-intakes to stabilise the airflow to further increase the cooling efficiency.

Since the Exige S2 was launched in 2004, the power has increased from 190 hp through 220 hp to 240 hp in standard road form ““ more for the track centric Exige Cup 260 – and the new larger air intakes improve engine cooling for these current higher powered Exige variants.

Mounted below the three new air intakes is a new aerodynamic splitter for the 2010 Model Year Exige. Made from a lightweight composite, the splitter is now extended to wrap around the whole of the front end and chiseled side lips are raised to deflect air around the tyres to reduce drag.

Mike Kimberley, Chief Executive of Group Lotus plc said, “Over the years, the Lotus Exige has developed a hardcore fan base around the world and its popularity has placed it as one of the legendary sportscars of the 21st century. So far, over 5000 Exiges have been hand-built at our high-tech manufacturing facility making it a significant contributor to our global production. The lightweight Exige has one of the highest specific power outputs of any globally emissions certified car and 133 hp per litre is a perfect demonstration of Colin Chapman”s philosophy of performance through light weight and of Lotus” relentless pursuit of efficiency. The same technology that makes a lightweight car a high performer also makes it efficient ““ how many cars have performance figures of 0 ““ 100 km/h in 4.77 secs but produce only 199 g/km CO2?”

Like all Lotus cars, the functional components of the car are also beautifully designed as Russell Carr, Chief of Lotus Design, explains, “For 2010 we have taken the already visually extreme Exige and given it even more visual drama. The changes we have integrated into the front and rear of the Exige signal an even clearer and purposeful intent. The purposeful rear wing is race inspired, the new angular air intakes and full width splitter gives a more hard-edged and aggressive look. Overall, the Exige appears more planted and gives the illusion that both the front and rear of the car are wider than they really are without losing its agile and lithe character.”

Roger Becker, Director of Vehicle Engineering said, “The changes we have made to the Exige for 2010 Model Year are quite subtle when taken individually, but taken as a complete package they make significant improvements to aerodynamics and the overall look of the car. The Exige is a classic fit-for-purpose performance machine, the design tweaks we have made have reduced the drag, cleaned up the airflow around the front and rear of the car, whilst retaining the impressive balanced downforce figures, to give an exciting high performance drive.”

The specification of the highly successful 2009 Model Year Exige Cup 260, unveiled at the Paris Motorshow in 2008 remains unchanged.
The 2010 Exige in more detail:
Driver and passenger airbags are standard on all models while an on-board Tyre Pressure Monitoring System is standard in the USA.

The instrument pack in the Exige contains much more than just a pair of stylishly back-lit dials. It also features a high-definition LCD message panel that can display a scrolling text message with vehicle systems information.

The instrument pack always displays the fuel gauge, engine temperature and odometer, however you can select to display the time, trip distance or a digital read-out of your speed in the opposite calibration to that of your speedometer dial ““ if your dial is in mph, the readout is in km/h.

Warning symbols are “˜secret until lit”, keeping the instrumentation free from visual clutter and distraction until necessary. Gearchange “˜shift” lights similarly remain hidden until required. There are three shift up warning lights, cumulatively lighting when the driver is getting closer to the rev limiter and when all three are illuminated, they flash to indicate that you should have changed up a gear by now!

The contents of the Touring pack, for the Exige S includes:

With the Exige performance pack, the power is raised to 240 PS / 179 kW (minimum) at 8000 rpm courtesy of a Magnuson/Eaton M62 supercharger, new faster flowing injectors and higher torque clutch system and an upsized roof scoop to feed more air to the supercharger intercooler system.

Of course the increased power and straight-line performance are only a couple of elements of the Performance Pack option. The clutch is uprated and a clutch damper fitted; there are thicker, 308mm diameter cross-drilled and vented discs at the front clamped by AP Racing four-piston callipers; the standard brake pads are replaced by uprated pads.

Keen to pass on lessons learned on the track with the Exige GT3 racing programme, Lotus Sport has contributed another important track specific technology to the Performance Pack ““ launch control combined with variable traction control.

From the driver”s seat the track orientated launch control allows you to determine the engine revs you wish to use during a standing start on the track. Having programmed that limit, it will not be exceeded when you then hold down the throttle and sidestep the clutch at departure from the line. The clutch damper cushions the severity of the clutch / transmission engagement to minimise the stresses to the drivetrain (noting that continuous abusive standing start applications will destroy the drivetrain components). The launch control also keeps wheelspin at bay until 6 mph, after which the traction control assumes its duties.

Customers wanting to add further finishing touches to their Exige ““ such as specifying adjustable dampers and forged wheels can do so by ordering from an extensive range of accessories.

Colours
The Premium Colour Range has been designed to further enhance the choice for customers to individualise their cars. Most of the paints in this range require a more sophisticated application process and are from our paint supplier”s premium range. The paint colours in this range have been individually priced, and it is Lotus” intention to extend and change this range at periodic intervals. 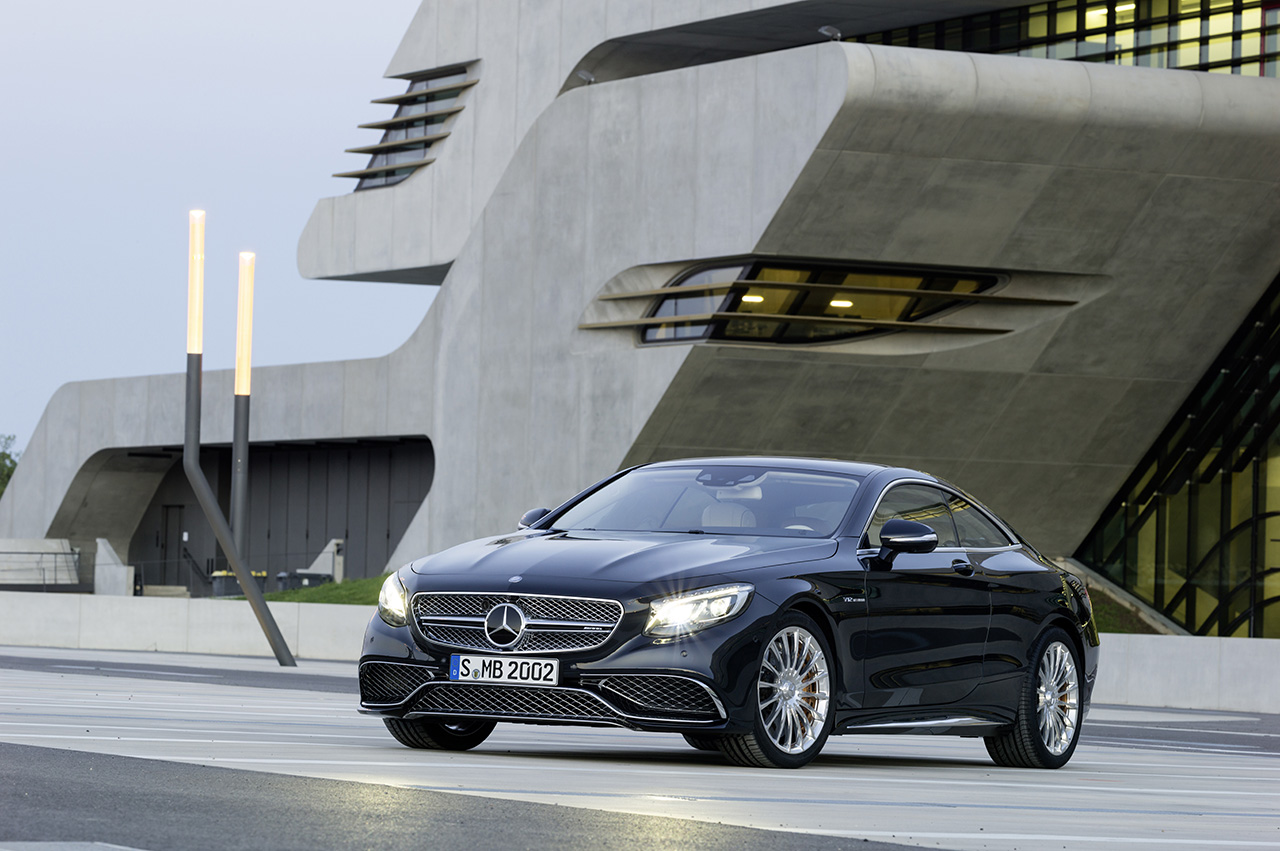