Fisker today unveiled its first production car at the 2009 Detroit Auto Show – the 2010 Fisker Karma Hybrid. Pricing for the Karma starts at $87,900 but is chopped down to $80,400 after tax credits. Fisker says that it has already received 1,000 orders for the world’s first 100 mpg luxury plug-in hybrid sedan. Deliveries will begin in the fourth quarter of 2009.

The 2010 Fisker Karma is powered by a 201-hp electric motor that is powered by a lithium-ion battery pack provided by Q-DRIVE. That allows the Karma to travel 50 miles without the use of any gasoline. After battery power runs out, the Karma uses a 260-hp turbocharged 2.0L Ecotec direct-injection engine that provides additional mileage. Fisker says that the Karma has a total range of up to 300 miles is estimated in Sport Mode.  The 2010 Karma can sprint from 0 to 60 in 5.8 seconds with a top speed of 125 mph.

The Karma will be produced by Valmet Automotive in Finland. The first 99 examples will be built to match the exterior and interior of the Karma prototype seen at the 2008 Detroit Auto Show last January. Each unit will feature a personalized plaque with a serial number and signature from Henrik Fisker.

DETROIT, MI. Jan. 12, 2009: Fisker Automotive, Inc., the new American
manufacturer of premium green automobiles, unveiled its first production car — the
2010 Fisker Karma ““ at the 2009 North American International Auto Show (NAIAS)
in Detroit today. With a starting price of $87,900 ($80,400 after US government
tax credits), 1,000 orders for the 100 mile-per-gallon luxury plug-in hybrid have
been received since the prototype debuted at the 2008 NAIAS. Karma deliveries
are scheduled to begin in the fourth quarter of 2009 through the Fisker Automotive
Retail network. More information can be found online at www.fiskerautomotive.com

“More than 60 percent of America’s 200 million drivers travel less than 50 miles per
day. With Q-DRIVE®, the Karma can do that without using a drop of gas. This
proprietary powertrain will provide a base for all future model derivatives from
Fisker Automotive.” said Alan Niedzwiecki, CEO Quantum Technologies.

Q-DRIVE® features two operating modes: Stealth Mode and Sport Mode. In electric-only
Stealth Mode, drivers can travel emission free for up to 50 miles on a full charge from any 110-,
220- or 240-volt electric outlet. A total range of up to 300 miles is estimated in Sport Mode,
which utilizes the efficient Ecotec® gasoline engine to turn a generator that powers two electric
motors on the rear differential. A fully charged Karma can achieve an annual average of more
than 100 miles per gallon.

Karma’s exterior design features the continual flow of sculpture and dramatic proportion that is
signature Fisker style. A low, wide stance and raised front fenders offer the driver a unique
view of the car’s design. Modest changes from the original Karma prototype include an
enhanced upper grill and an enlarged lower intake for improved airflow. A new aerodynamic
diffuser under the rear bumper helps cool the electric drivetrain. Instantly recognizable, the
Karma also benefits from having the world’s largest continuously formed glass solar panel roof
on a car ““ an industry first and a standard feature on all Karma sedans.

“From initial concept to final production, it is important for Fisker to maintain a singular design language and to keep the integrity of the original design, inside and out. Extreme proportions, beautiful sculpture and earth-friendly materials are key elements that set the Karma apart,” said Fisker Automotive, Inc. CEO Henrik Fisker. “An inspiring drive is also an important and crucial element. Our hope is that the Fisker Karma will create a new segment of eco-friendly
transportation and will become the most desirable plug-in hybrid sports sedan available.”

A desirable car of any kind requires an inviting cockpit. Fisker’s interior design team focused on
sustainable design held accountable to the environment. Inspiration from nature’s timeless
beauty and the quality of classic design composition provided immense inspiration. Karma’s
Sustainable and Accountable Design is reflected in the use of reusable materials enhanced with
modern technology. For example, wood trim is sourced from non-living trees: ‘Fallen Trees’
that have succumbed to age; ‘Rescued Trees’ burned in forest fires; and ‘Sunken Trees’ lying in
American lake bottoms.

Karma’s instrumentation and controls focus on ease of use. Embedded in the layered
EcoGlass™ center console is a 10.2-inch touch sensitive screen controlling HVAC, audio and
other vehicle systems. LCD gauges behind the steering wheel provide display critical
information like battery charge and vehicle speed.

“The Karma’s material philosophy balances sensuality and accountability,” said Fisker. “We have
gone to great lengths to use only environmentally conscious, classic automotive materials that
support a commitment to our eco initiatives. At Fisker Automotive we are trying to inspire
change for the better.”

To meet production goals, Fisker turned to specialty builder Valmet Automotive in Finland.
Delivery of the more than 1,000 pre-ordered Karmas will begin this year. To commemorate
initial production, the first 99 examples will be trimmed to match both interior and exterior
specifications of the Karma prototype originally showcased at the 2008 NAIAS. Each will
feature a personalized plaque with a designated car number and signature from Henrik Fisker

Also at the heart of defining the future is Fisker’s retail network. A selective process to support initial deliveries is underway and interest from established dealers is high. Customers can expect a high level of service from retail partners that share their environmental and energy
values. 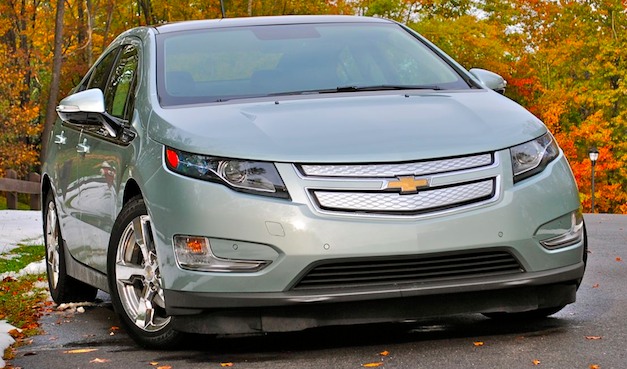