The 2010 Cadillac SRX will be offered with a choice of two V6 engines. The entry-level 3.0L V6 direct-injection will make a total of 260-hp and 221 lb-ft of torque. The range-topper 2.8L V6 turbocharged V6 makes 300-hp and 295 lb-ft of torque. Both engines will be mated to a 6-speed automatic transmission. No official fuel-economy figures have been released as of yet but GM says that the 2010 SRX should offer mid-20s on the highway.

All-wheel-drive will be available as an option and includes an advanced electronic limited-slip differential (eLSD) that distributes torque as needed from side to side along the rear axle, as well as from the front to rear axle.

Other things you need to know: The 2010 Cadillac SRX can tow up to 3,500 pounds; comes with 18-inch wheels as standard with 20-inch wheels offered as an option; features a “pop-up” navigation screen with 3D imaging; adaptive headlamps that sync with vehicle steering; power liftgate with adjustable height setting; integrated hard disc drive for audio storage along with a dual-screen system for rear entertainment; Bluetooth; and OnStar’s turn-by-turn navigation service for buyers who do not select the car’s navigation system option.

Production for the 2010 Cadillac SRX will begin in summer of 2009 with sales to start shortly after. 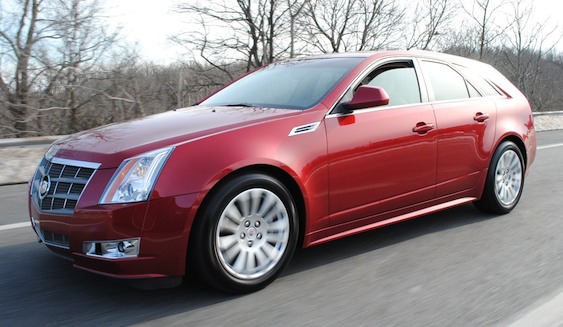