GM will be bringing four concepts based on the 2010 Chevrolet Camaro to the 2008 SEMA Auto Show in Las Vegas. The lineup consists of the Camaro LS7 Concept, Camaro Black Concept, Camaro GS Racecar Concept and one customized by Dale Eranhardt Jr.

The Camaro LS7 Concept gets its power from a GM Performance Parts’ LS7 crate engine and pays homage to the legendary COPO Camaros. The LS7 crate engine gives the Victory Red colored Camaro 550-hp with a Tremec 660 6-speed manual transferring power to the wheels.

The third concept, called the Camaro GS Racecar Concept, features a race-ready suspension, reinforced chassis and drivetrain that is required for racecars for the Trans Am road racing series. The model that will be shown at SEMA has already logged many hours on the racetrack and has the bruises to prove it.

Lastly, GM will show a 2010 Camaro customized by Dale Earnhardt Jr. Based on the 2010 Chevrolet Camaro SS and its 6.2L V8, the concept has been modified to use E85 helping it deliver a few extra horsepower. It also features a Brembo braking system and a lowered ride height.

You can learn more about each concept in the press release posted after the jump.

CAMARO STEALS THE SHOW WITH FOUR DISTINCTIVE CONCEPTS AT SEMA

LAS VEGAS ““ Chevrolet introduces a quartet of stunning concepts based on the all-new, 2010 Camaro at the 2008 SEMA Show. The concepts join regular-production and accessorized models, along with a dream collection of vintage Camaros ““ including rare COPO, Indy Pace Car and early Z28 models ““ to mark the introduction of Chevy’s re-born sports car. The Camaro is the official car of the 2008 SEMA show.

Each of the concepts represents a different interpretation of the new Camaro’s performance, styling and personalization possibilities, from no-holds-barred high-performance to carefully crafted, street-savvy customizing.

“The new Camaro is a 21st century sports car for the young and young at heart,” said Ed Peper, GM North America vice president, Chevrolet. “Wherever your automotive passion lies, the Camaro complements it with world-class design and an exciting driving experience. The concepts unveiled at SEMA accentuate those qualities and trigger the imaginations of countless enthusiasts.”

In addition to the concept and classic Camaros, a production 2010 model showed off the range of appearance, performance and convenience accessories that will be available from Chevrolet when the car hits dealerships early next year. The accessories allow customers to personalize their vehicle with genuine Chevy components that are designed, tested and warranted to the same standards as the Camaro itself.

As for the Camaro concepts, they show the extreme possibilities of what the new sports car can offer. See below for highlights on all four vehicles.

Camaro LS7 Concept: Designed to highlight the capability of the new Camaro as a weekend bracket warrior, the Camaro LS7 Concept combines the power of a GM Performance Parts’ LS7 crate engine and targeted bolt-on upgrades to deliver the wheels-up spirit of the legendary COPO Camaros.

Made famous by Chevy dealers like Don Yenko and Fred Gibb in the late 1960s, the COPO cars were ordered for one thing: drag racing. They were quickly outfitted after delivery with the requisite tires, safety equipment and other accessories necessary for competition in popular Stock-class drag racing series.

The LS7 Concept honors the COPO ethos with features such as drag strip-ready rubber on the rear wheels ““ and unlike many of the stripped-down racers from 40 years ago, this strip-ready competitor serves double duty as both a racecar and a daily driver.

The LS7 crate engine (part number 17802397) uses a high-performance replacement camshaft from GM Performance Parts (part number 12480033) to help it produce approximately 550 horsepower. Complementing upgrades include GM Performance Parts-developed headers and air intake system that will be offered at the Camaro’s launch in early 2009. The LS7 also is modified with a wet-sump oiling system; the production engine features a dry-sump system that requires an external oil tank.

The Camaro LS7 concept is painted Victory Red, with matte black accents on the hood and taillamp panel. “LS7” logos are strategically placed and warn those in the know this Camaro means business when the Christmas tree lights count down to green. It’s all business on the spartan interior, too, with base trim and few accessories to minimize overall mass for a quicker elapsed time.

Although the Camaro LS7 Concept is just that ““ a concept ““ its duplication by enterprising enthusiasts and racers is enabled by GM Performance Parts’ LS7 crate engine package. It delivers a fully assembled, production version of the engine, complete from the intake manifold to oil pan. An oil reservoir for the standard dry sump system and GM Performance Parts’ LS7 engine controller (part number 19166567) are all that’s necessary to get the engine running in an enthusiast’s project vehicle ““ well, that and a chassis capable of handling more than 500 lb.-ft. of torque!

Camaro Dale Earnhardt Jr. Concept: NASCAR star Dale Jr. is fan of vintage Camaros ““ he cruises around in a Pro Touring-style ’72 Camaro powered by a GM Performance Parts LS crate engine ““ and the heritage-inspired design of the 2010 Camaro appeals to him like a checkered flag at Daytona. His vision for the car was channeled to GM’s designers and crafted in a multi-color combination of style, capability and comfort.

They started with a new Camaro SS that uses the standard 6.2L V-8, but modified to use E85. Taking advantage of E85’s favorable octane rating, the engine was calibrated to deliver a few extra horsepower, with the exhaust exiting through GM Performance Parts’ new headers. It’s backed by the SS’s available six-speed manual transmission and GM Accessories’ short-throw Hurst shifter. Additional performance enhancements include a Brembo brake package and a lowered ride height, giving Dale Jr.’s Camaro a sleeker look to match its road-hugging capability.

A custom gray-over-white paint scheme blends the high-performance drivetrain with serious style. It is accented with an orange stripe separating the gray and white sections. Also generating attention on the exterior is a set of 21-inch, five-spoke wheels inspired by the Camaro Convertible Concept. They feature dark-painted center sections on the spokes that complement the body’s gray color. The wheels are wrapped in Pirelli P-Zero ZR-rated performance tires.

Similarly, the interior is outfitted for performance and style, including:

Dale Jr. also specified Chevy Accessories’ upgraded audio system for the Camaro, which is matched with a Boston Acoustics speaker system, including amps and subwoofers.

Camaro GS Racecar Concept: One of the most iconic cars of the legendary Trans Am road racing series was the distinctive blue-and-yellow Camaro of Mark Donohue. He was a dominant racer in the series and drove his #6 1969 model to the series championship that year.

With the assistance of GM’s High Performance Vehicle Operations, North Carolina-based Riley Technologies re-created the look and feel of that standout racecar with a tribute that looks, sounds and drives like it’s ready to do battle with its contemporary pony car competitors. In fact, the heritage-inspired racer is more than concept. It is an early prototype for the Grand Am Koni Challenge GS racing class. Racecars like the GS Concept are offered and manufactured by Riley Technologies for the 2009 Grand-Am season.

The GS Concept features the race-ready suspension, reinforced chassis and drivetrain conform to the specifications required of racecars certified for the series. In fact, this racecar has already logged many hours on the racetrack as Riley team members worked to dial-in the chassis and powertrain. Additional features include:

The GS Racecar Concept is shown at SEMA just as it was last driven off the track, with the grime, brake dust and body imperfections commensurate with a day’s worth of racing. Indeed, it isn’t a car that spent hundreds of hours in a body shop in a quest of sheet metal perfection. It displays the bruises of competition and wears them as badges of honor.

The Camaro Black Concept prowls the streets with the following equipment:

The interior also carries a slightly sinister ambience, with:

Under the hood is the production 3.6L V-6 that produces 300 horsepower. A Chevy Accessories engine cover provides a suitable accent. 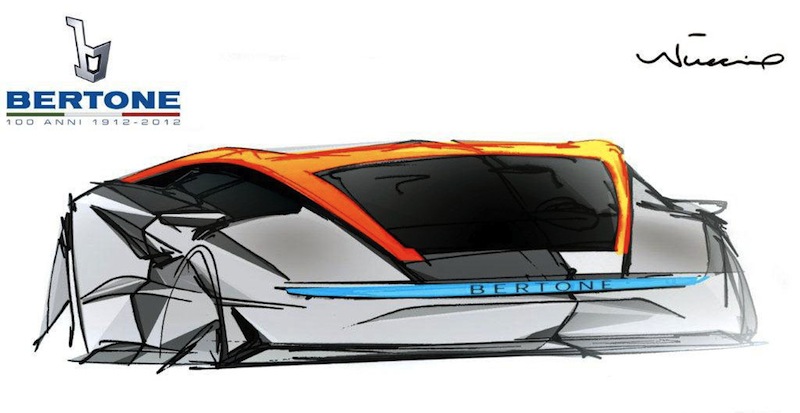 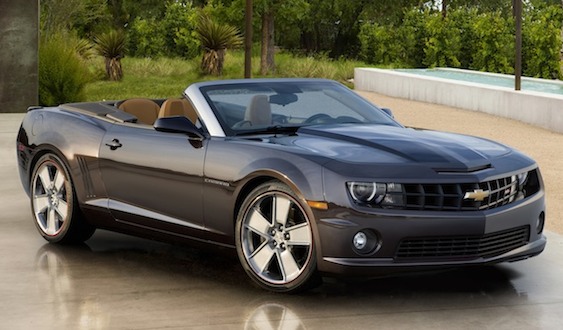