The 2009 Chevrolet Corvette ZR1‘s LS9 6.2 liter supercharged V8 allows the supercar to be the most power and fastest production car ever produced by GM. Now the 638 horsepower engine will be available as a complete crate engine package from GM Performance Parts in the third quarter of 2009.

The LS9 crate engine will come with an ignition system, supercharger assembly, exhaust manifold and more. It will also include a dry-sump oil pan and provisions for the cooler’s liquid system. Anyone interested in purchase the engine will need an external oil tank, external coolant tank and an ECU/wire harness.

Pricing has yet to be announced.

LAS VEGAS – The LS9 6.2L supercharged V-8 is the power behind the most powerful and fastest production car in GM’s history – the 2009 Corvette ZR1. In the third quarter of 2009, it will be available as a complete crate engine package from GM Performance Parts. It delivers a stunning 638 horsepower (476 kW) and 604 lb.-ft. of torque (819 Nm).

The LS9 crate engine will be the ideal all-in package for enthusiasts and racers who want the ultimate LS power plant for their project cars, from resto-modified vintage Corvettes, muscle cars and street rods to late model F-bodies and “shoebox” Chevys. The supercharger and charge cooler are integrated in the engine’s valley for a lower profile, allowing creative builders to fit the engine in a variety of applications with plenty of hood clearance.

The engine’s 6.2L displacement is shared with the LS3, but the LS9 is built for high-revving power with a supercharger. It uses stronger cylinder head castings and steel cylinder liners that are honed with a deck plate installed to maximize performance and cylinder sealing.

High-rpm-validated lightweight reciprocating parts, including titanium intake valves, are used, along with high-flow cylinder heads that draw the charge forced on them by a sixth-generation supercharger. A new, four-lobe rotor design delivers greater power at the low end and sustains it longer through the rpm band for broad, on-demand power, whether off-idle or at speed. A dual-brick charge cooler is integrated on a unique manifold system that mounts the “blower” in the engine’s valley, with charge cooler on top. 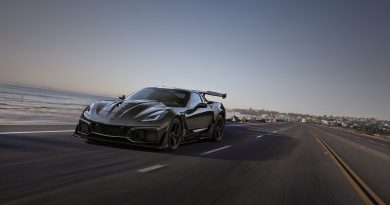