ABT Sportline, known for their Audi tuning packages, has dropped a new body kit along with performance upgrades for the 2009 Volkswagen Scirocco. ABT has provided the Scirocco with an aggressive front bumper, a new grille, side skirts, two air inlets, a roof spoiler and a new rear bumper that incorporates a 4-pipe rear-muffler. The ABT Sportline Scirocco rides on 19-inch alloy wheels.

Performance wise ABT takes the power for the 1.4 TSI to 200-hp from 160, while the 2.0L turbo diesel sees an increase of 170-hp from 140. The range-topping 2.0 TSI has been increased from 200-hp to 240-hp. Performance is further enhanced with new sport lowering springs and a new ABT brake kit with pads, rotors and calipers.

The ABT Sportline kit for the 2009 Scirocco will be available from January of next year.

Click through for high-res images of the 2009 Volkswagen Scirocco. 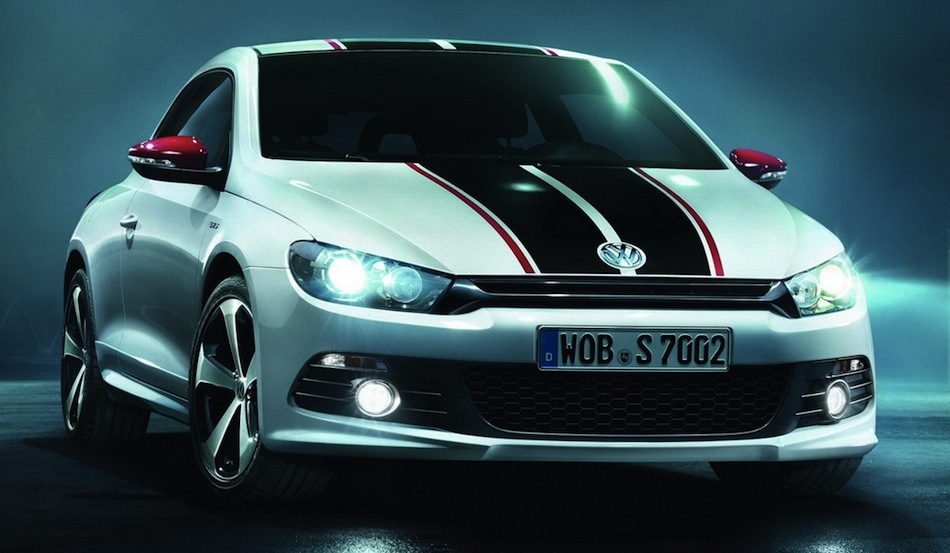 Volkswagen Scirocco GTS gets 207-hp, we want it in the states

October 24, 2012 Omar Rana Comments Off on Volkswagen Scirocco GTS gets 207-hp, we want it in the states