Fisker announced today that it has secured its Series C financing round with a new investor, Qatar Investment Authority. That means Fisker will be getting $65 million to support the production of the Fisker Karma.

The Karma will enter production early next year with deliveries to begin in the 4th quarter of 2009. If you don’t know by now, the Karma is the premium plug-in four-door sports car that we saw at the 2008 Detroit Auto Show.

Quantum Fuel Systems Technologies Worldwide is taking care of the hybrid system used in the car. It is capable of 50 miles on electric power alone with a 0-60 time of less than 6 seconds. It will have a total range of 300 miles. Fisker plans on building 15,000 units of the Karma annually.

Fisker is also planning a convertible version of the Karma as well as a coupe variant.

Fisker Automotive, Inc., a green American premium sports car company, today announced that the company has completed its Series C financing round. The funding was completed on the 4th of September, 2008 with a total investment of $65 million. The round was led by a new investor, an affiliate of Qatar Investment Authority (QIA). Existing investors Palo Alto Investors and Kleiner Perkins Caufield & Byers also participated.

“We are extremely pleased to have closed our C financing round at this time, particularly in light of the current market conditions,” said Henrik Fisker, CEO, Fisker Automotive, Inc. “This shows once again that Fisker Automotive has a solid business plan and a globally experienced automotive team with very strong investors behind the company.” 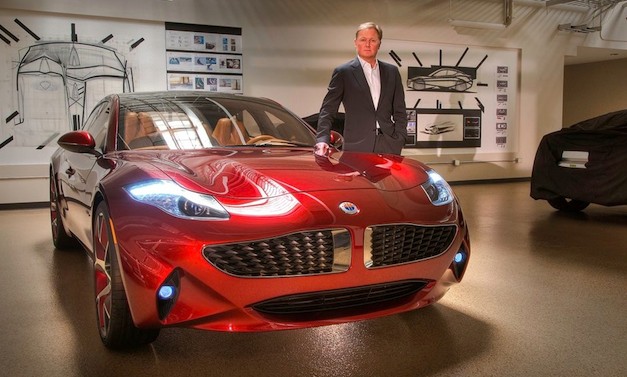