Porsche announced today that its Cayenne S Transsyberia will be going on sale in early 2009, giving you a chance to get behind the whole intercontinental rally-ness from Moscow to the Mongolian Capital of Ulan Bator – a 4,460 mile run.

Dealers will start get the Porsche Cayenne S Transsyberia in January ’09. Prices in Germany will start at 77,558 euros.

The term “Transsyberia” stands for the intercontinental rally from Moscow to the Mongolian Capital of Ulan Bator about 7,200 kilometres (4,460 miles) away. In 2006 a Porsche Cayenne for the first time won this highly demanding orientation and off-road rally. Then, entering the competition model for the Transsyberia Rally in 2007, Porsche again proved the outstanding competitiveness of a production-based Cayenne S in heavy terrain, finishing the rally first, second and third. And now, just a few weeks ago, the rally vehicle optimised to an even higher standard not only scored its third overall victory in the Transsyberia Rally, but even clinched all leading positions from 1 – 6.

Motivated by this outstanding series of success, Porsche is now for the first time presenting the new Cayenne S Transsyberia for road and off-road use at the Paris Motor Show (4 ““ 19 October 2008). Like the extra-robust rally model, the road-going version is also based on the Cayenne S with its 4.8-litre V8 naturally-aspirated power unit featuring highly economical and efficient Direct Fuel Injection. The big difference, however, is that the new Transsyberia comes with the high-performance power unit carried over from the Cayenne GTS, developing 405 bhp (298 kW) at 6,500 rpm and maximum torque of 500 Newton-metres (369 lb-ft) at 3,500 rpm.

In conjunction with the final drive likewise carried over from the GTS but shortened by 15 per cent to 4.1:1, the Cayenne S Transsyberia offers an even higher level of performance. With the six-speed manual gearbox featured as standard, acceleration to 100 km/h comes in just 6.1 seconds, another 0.5 seconds faster than the Cayenne S.

The modifications of the drivetrain have an even greater effect on the vehicle’s acceleration in gears of particular significance under everyday driving conditions and in racing: The Cayenne S Transsyberia with manual gearbox completes the interim sprint from 80 ““ 120 km/h in fifth gear in 6.6 seconds, a substantial two seconds faster than the Cayenne S. In its top speed, in turn, the Cayenne S Transsyberia is just as fast as the GTS, reaching a maximum of 253 km/h or 158 mph. And it almost goes without saying that six-speed Tiptronic S automatic transmission is available as an option.

The sporting qualities of the Cayenne S Transsyberia come out clearly through both the looks and the sound of this outstanding vehicle, the sports exhaust with two dual tailpipes featured as standard ensuring a truly muscular and dynamic impression.

Motorsport design based on the rally vehicles provides additional rally flair, with no less than four attractive colour concepts for the enthusiast: Apart from the rally combinations Black/Orange and Crystal Silver Metallic/Orange, the customer also has the choice of the more discreet colour combinations Black/Meteor Grey Metallic and Meteor Grey Metallic/Crystal Silver Metallic.

With the exception of the Meteor Grey Metallic/Crystal Silver Metallic colour combination, the 18-inch Cayenne S II wheels come in each case in a contrasting colour, as do the side plates on the air intake grid, the “Cayenne S Transsyberia” model designation applied as a no-cost option at the side, the exterior mirror housings and the upper part of the extended roof spoiler with its double wing profile fixed in position. The offroad roof headlights so characteristic of the competition model are likewise available as a no-cost option and are placed in the vehicle upon delivery, since in Germany, at least, such headlights on the roof are not homologated for use on public roads.

The Porsche Cayenne S Transsyberia comes as standard with air suspension including PASM Porsche Active Suspension Management for electronic adjustment of the damper system: As a function of driving conditions and the driver’s personal style of motoring, PASM actively and continuously adjusts damper forces, also reducing body dive in the process.

Self-levelling ensures consistent ride height at all times, while at the same time enabling the driver to vary ground clearance as a function of current requirements. PTM Porsche Traction Management distributes engine torque actively, depending on driving conditions, between the front and rear axle. In the basic mode 62 per cent of the engine’s power goes to the rear wheels, 38 per cent to the front.

A fully controlled longitudinal lock varies the distribution of drive power as a function of driving conditions and may be locked 100 per cent if necessary. As soon as the driver activates the low-gear ratio likewise featured as standard, the vehicle automatically switches to the offroad mode on ABS and the automatic brake differential, and sets the air suspension to offroad ground clearance.

The optional Offroad Technology Package enhances the superior offroad qualities of the Porsche Cayenne S Transsyberia featured as standard from the start to an even higher level by means of a differential lock on the rear axle activated by the driver when required and controlled electronically. Other special features are side-sill protection with integrated skid plates, reinforced engine protection at the bottom, and additional protection of the fuel tank and rear axle as well as a second towing hook/opening.

The occupants riding in the Cayenne S Transsyberia enjoy a truly sporting and exclusive interior. Ornamental trim on the dashboard support and the doors, on the instruments and dials, the belts and foot mat surrounds comes in each case in the contrasting colour chosen for the exterior. The steering wheel rim, in turn, is padded and finished in alcantara. And as an homage to motorsport, the steering wheel additionally features a 12 o’clock mark in one of the contrasting colours.

Last but certainly not least, alcantara is also used on further surfaces and components within the interior of the Cayenne S Transsyberia.

The new Porsche Cayenne S Transsyberia retails in the German market at Euro 77,558.- including 19 per cent value-added tax. Prices in other markets vary, also according to national specifications. Deliveries to dealers will start in January 2009. 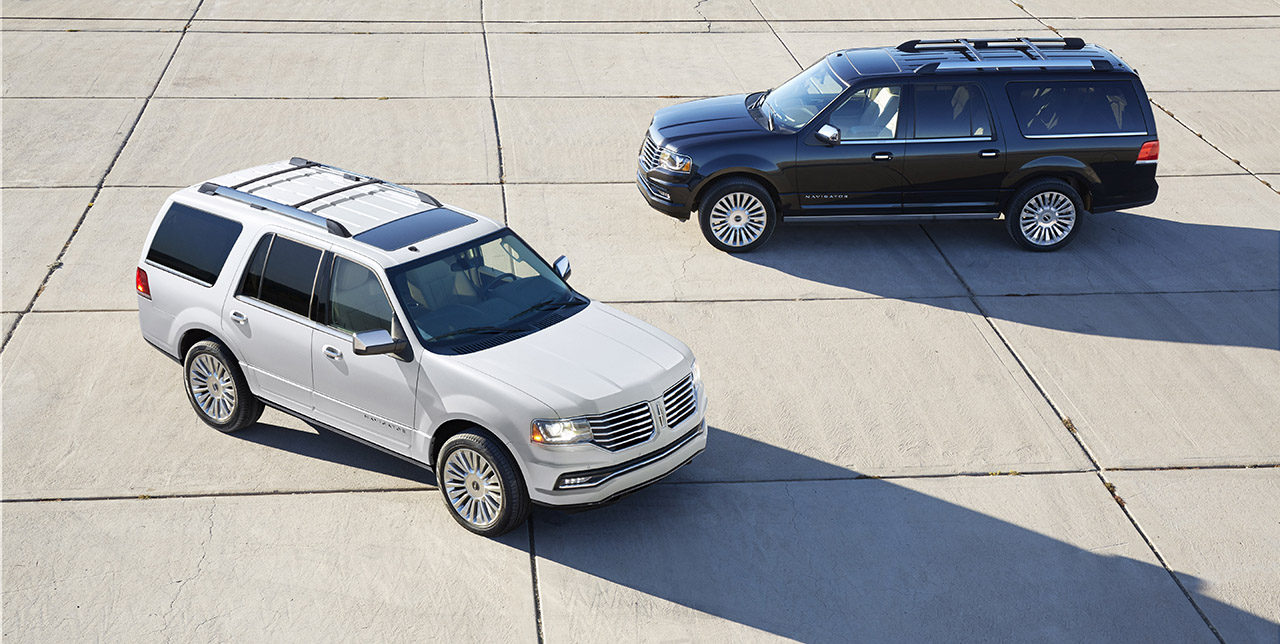 Lincoln reveals the 2015 Navigator on the web