Following the bits and pieces – Kia has fully revealed the 2009 Kia Soul which will make its world premier at the Paris Motor Show next month. The car will hit the European market next year in February.

The 2009 Kia Soul will be available with a choice of two 1.6 liter engines – one petrol and one diesel – both producing 124-hp. Both will come with a manual transmission as standard and an automatic as an option. The diesel produces 188 lb-ft of torque while the petrol produces 115 lb-ft.

Kia’s sharply-stylish new segment-busting Kia Soul is set to win over minds as well as hearts at the Paris Salon de l’Automobile in October 2008 with confirmation that the urban crossover will come to Europe next year with a choice of fuel-efficient petrol and diesel engines.

Kia Soul will go on sale in mainland Europe next February with a choice 126 ps diesel and petrol engines based on the DOHC engines already fitted to the hugely successful, European-built, Kia cee’d – with a choice of manual or automatic transmissions, depending on model. Right-hand drive production is due to start in March 2009.

“And we can’t wait to see it on UK roads in the Spring of 2009 where its unique modern looks and strong individual appeal will make it a ‘must-have’ for everyone from young singles and couples to more mature motorists who insist on putting fun into their driving,” he added.

Kia Soul is a five-door hatchback with front-wheel drive, a high roofline and an unusually long wheelbase. The key elements behind Kia Soul’s striking appearance are its vertical measurements. Overall height is 1,610 mm but the base of the windscreen is 135 mm higher than a typical compact car, the hip-points are 120 mm higher and the ground clearance is raised by 45 mm.

Looking ahead to the Paris Show debut, Gregory Guillaume, Chief Designer, Kia Motors Europe, commented: “Kia Soul is about surprise and style and the experience of sitting in the Kia Soul is unique. First impressions will make a big impact. Tall doors and high-mounted seats make for easy access and an airy interior, yet the ‘laid-back’ dashboard design, triple dial instrument cluster and thick-rimmed steering wheel create an unusual combination of spaciousness for passengers and cosiness for the driver generating a very special ambience.”

Kia Soul will be manufactured at Gwangju facility in Korea from November 2008. In the USA and several non-European markets a 2-litre, 142 ps petrol engine will also be available. 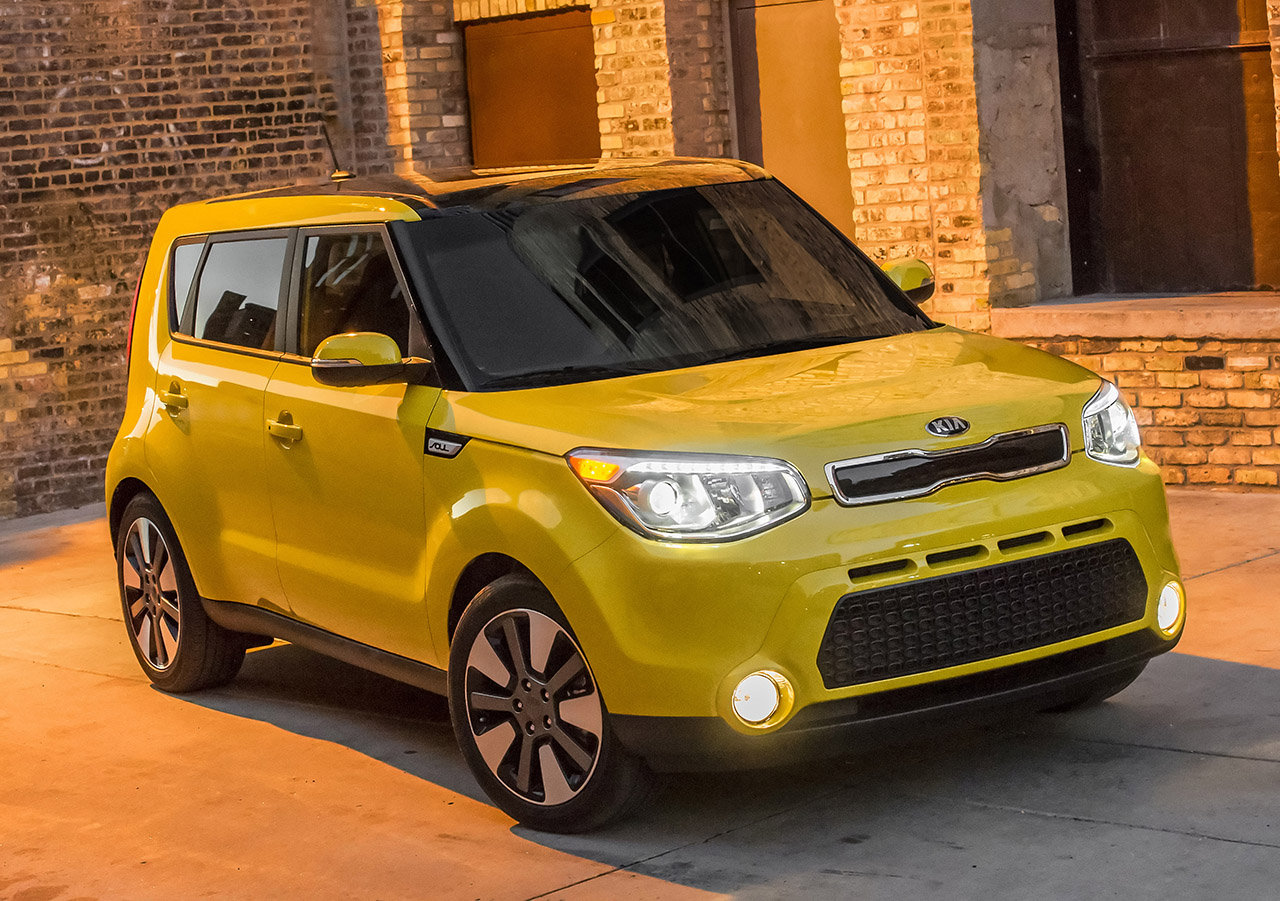 January 29, 2015 Chris Chin Comments Off on Report: Kia’s introducing something new at Chicago