Yes we were taken a bit by surprise this morning to. GM has released the first official photographs of its new Chevrolet Cruze that will make its debut at the Paris Motor Show in October. The 2011 Chevrolet Cruze will go on sale in Europe starting March 2009.

Giving it a more aggressive look than most compact sedans, the Cruze has an arching roof-line that extends steeply from the windshield to the rear pillars and rear deck. GM says the 2011 Cruze is also wider and longer than most of its rivals with bold front styling, a concave shoulder line, two tier grille and a “wheels-out/body-in” stance. We have yet to get a look at the inside of the Cruze but GM says it resembles the ‘twin cockpit’ first introduced in Corvettes.

GM will launch the Cruze in Europe with a three powertrain choices including two gasoline and one diesel. Kicking off the gasoline range will be a 1.6 liter 112-hp engine along with a 1.8 liter unit producing 140-hp. The diesel choice includes a new 2.0 liter turbo diesel producing 150-hp and 236 lb-ft of torque. All models will be mated with a 5-speed manual or Chevrolet’s first 6-speed automatic transmission as an option.

Click through for the full images gallery and the press release.

Detroit – The first photographs of Chevrolet’s all-new Cruze sedan – making its world premiere at the Paris Motor Show in October – reveal a dynamic four-door coupe that proves exciting design and value are not mutually exclusive.

On sale beginning in Europe from March next year, Cruze features a dramatic re-interpretation of the traditional sedan featuring Chevrolet’s new global design language that is becoming a signature on all new products carrying the gold bowtie.

Wider and longer than most of its competitors, Cruze has a purposeful stance with its wheels located at the outer edges of the tautly drawn bodywork. Noticeably tight body panel fits and a restrained use of exterior trim add to a high quality, ‘hewn from solid’ appearance.

Cruze’s dramatic profile is matched by bold front styling, with large headlamp housings that wrap around the front corners and sweep up, arrow-like, into the fenders and sculpted hood. Other distinct design themes include a concave shoulder line, the two-tier grille and a “wheels-out/body-in” stance. Inside, Cruze features a ‘twin cockpit’ design motif, first introduced in the iconic Corvette sports car.

“Our goal in designing Cruze was to be bold, not evolutionary,” says chief designer Taewan Kim. “We wanted to take a big step forward, making a strong design statement for Chevrolet products around the world.”

Visitors to the Paris show will see how Chevrolet’s progressive design is also reflected in the quality of Cruze’s interior. The use of grained surfaces, soft-touch materials and low gloss trim panels ensures a quality ambience that echoes the clean, harmonious design of the exterior.

With sales in Europe up by 23 percent for the first six months of 2008, Chevrolet is GM Europe’s fastest-growing mainstream brand. The arrival of Cruze spearheads an exciting new product roll-out program that is expected to propel the brand to even greater success.

“We are proud that Europe is leading the introduction for this global product,” said Wayne Brannon, Executive Director, Chevrolet Europe. “Chevrolet has always stood for expressive value and Cruze delivers on that promise like never before. It further redefines Chevrolet with its design, quality, materials and great style inside and out. The fit and finish for gaps and interfaces sets a new standard for this segment in Europe and around the world.”

Cruze is the result of a development process harnessing GM’s global expertise and is the first of a new family of compact products that will deliver world class quality. It will be backed by expected highest scores in all major crash safety ratings.

The Chevrolet Cruze will be available in Europe from March 2009, followed by other global markets with regional-specific engine choices. 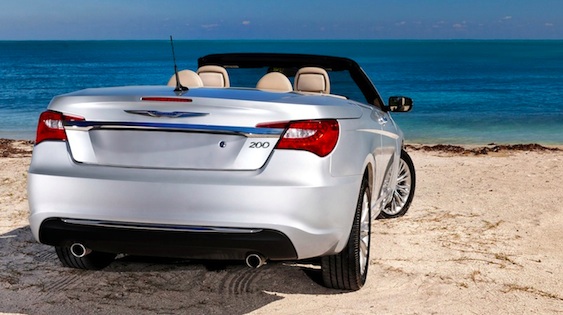