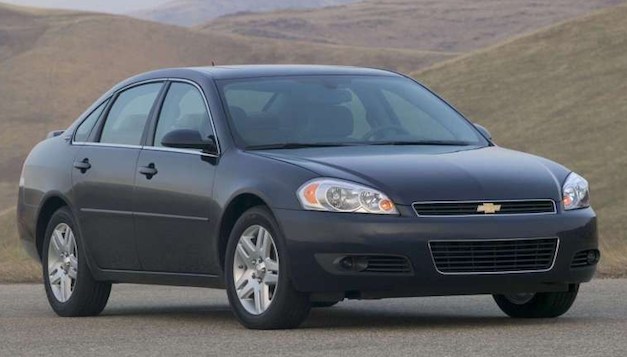 Due to fuel-economy issues GM has killed plans to produce a rear-wheel-drive Chevrolet Impala and a Buick based on its Zeta platform. Both cars were expected to make their debut around 2011. You can blame the Bush administration and the new federal fuel-economy rules for this one.

The rear-wheel-drive Impala was expected to be 3 inches longer than the current Impala style with a long nose. The high-performing Impala SS version was expected to carry a V8 producing 350+ horsepower and would have gone head-to-head with Chrysler 300 and Dodge Charger.

Federal regulations call for a n dustry average of 35mpg by 2020.

Current U.S. models that share the rear-wheel-drive platform are the 2008 Pontiac G8 sedan and the upcoming Chevrolet Camaro. The 2010 Pontiac G8 is also expected to use the platform.